New Chelsea manager Graham Potter has been warned that Raheem Sterling did not look pleased after he was substituted in the Champions League on Wednesday night. The former Brighton boss kicked off his tenure at Stamford Bridge with a 1-1 draw with Salzburg.

The Blues will certainly be ruing their missed opportunities on the night, with several players showing a lack of composure when they needed it most. It was England international Sterling who opened the scoring in the group stage match, curling a sweet strike into the back of the net in the 48th minute following a cross from Mason Mount.

Salzburg began to find their feet soon after going behind, and Noah Okafor capitalised on some lapse defending to slot past Kepa Arrizabalaga to level the tie. Second-half substitute Armando Broja had the chance to win the match late on but smashed his strike over the bar from close range.

Though Thierry Henry believes that Sterling felt he could have popped up with a late goal before being substituted in the 84th minute for Christian Pulisic. The former Arsenal star told CBS Sport: “We all noticed and it’s early and first of all I don’t know why you took Sterling off because he scored, and you know he can maybe score another goal.

JUST IN: Arsenal transfer target named ‘best in Europe’ behind only Kylian Mbappe and Vinicius Jr 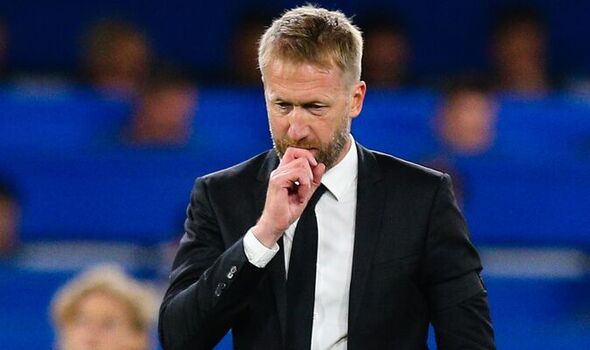 “It’s going to be interesting to see how he deals with that tomorrow morning, because he didn’t look happy. Maybe we are going a bit too much into it, but when they showed him on the bench, I think I wouldn’t have liked to have come off after a goal but let’s see how he is going to deal with that one.”

Sterling was deployed in left wing-back against Salzburg, pushing on into midfield when his side were in possession but also expected to drop deep and form a back-five when they were under the cosh. The former Manchester City star grew into the role as the match went on, finding plenty of joy from racing forward on the counterattack. 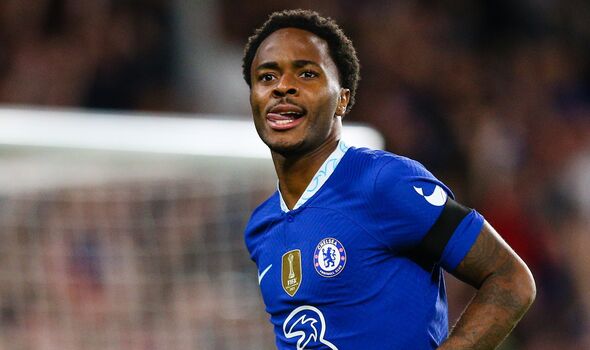 Potter deployed Leandro Trossard in a similar role at Brighton, with the Belgium international then able to press on when the team changes formation and Marc Cucurella coming wider to form a back-four – and he can repeat that very trick at Chelsea. Sterling certainly showed he could be a valuable asset in the position, and his side will be relying on him in the other group stage games.

Chelsea are currently bottom of Group E with one point, following their 1-0 defeat to Dinamo Zagreb previously. Asked about that by Potter, he explained: “We can’t lie, it’s not the position we want to be in, but we have to respond. It’s as simple as that. It’s going to be a tough group, I think, but there is enough quality in the team and squad that we can respond, and we have to look forward to those two games (vs AC Milan).”