Chelsea will slash their investment in the transfer market this summer after failing to reach a pay-cut deal with their players, says Gary Neville… as he predicts Frank Lampard will have to rely on their academy again

The lack of a wage-cut agreement between Chelsea players and the club will prevent them from making big investments in the transfer market, Gary Neville has predicted.

However, there will be a benefit, he added, suggesting the move will pave the way for more homegrown stars to emerge at Stamford Bridge.

Frank Lampard’s squad had originally agreed privately to accept a 10 per cent reduction in salary, after the club had initially asked them to take a sizeable 30 per cent cut. 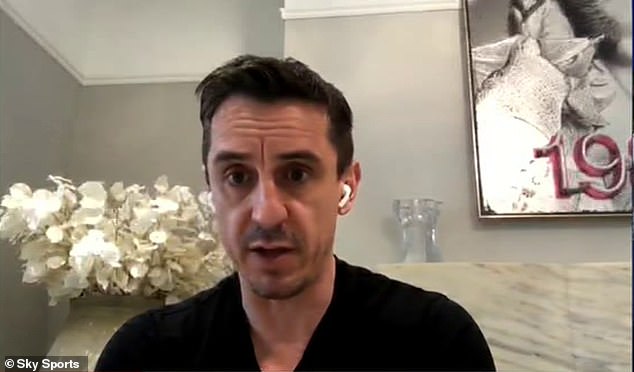 However, a statement from the club on Saturday said the playing staff would continue to be paid in full.

Sportsmail reported on Sunday night that some players were pushing instead for wages to be deferred.

And Neville believes the inability to reach terms will hamper Chelsea’s ability to do business in the upcoming window – not that it should entirely be considered a bad thing .

‘We have seen in the last few days, Chelsea have not been able to successfully negotiate pay cuts and deferrals with their players,’ Neville said on the Sky Sports News Football Show. 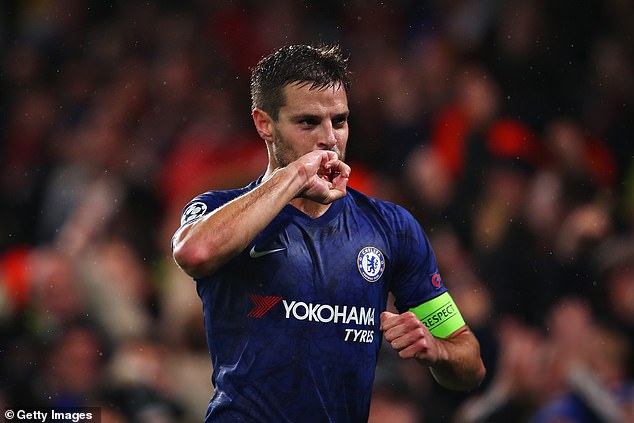 Chelsea players had privately agreed to wage cuts, but that no longer appears to be the case

‘So if players had taken the pay cuts and deferrals, there would have been more to invest in the summer.

‘This is coming back to players, this means young players in academies knocking on the first team door are going to have a greater opportunity. That’s the good coming out of the terrible thing that is happening at the moment.’