Christian Eriksen currently appears unlikely to leave Inter Milan on transfer deadline day. But reports claim Tottenham WILL push to bring the Denmark international back to north London. He’s struggled at the San Siro ever since his move in January 2020 but, recently, has returned to form.

Eriksen arrived at Tottenham from Ajax back in the summer transfer window of 2013.

And while the majority of the players Spurs signed with the money from Gareth Bale’s move to Real Madrid were flops, the Denmark international was the exception.

Eriksen was a vital asset for the north London giants during his time there, helping to establish them as a genuine superpower within English football.

And, with Tottenham looking to loan Dele Alli to Paris Saint-Germain, talk of a potential return has arisen.

And The Mirror say Eriksen is the club’s No 1 target for deadline day. 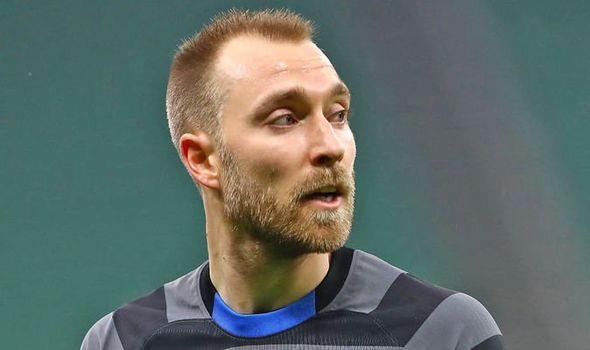 It’s claimed they will make an effort to secure the Denmark international’s arrival, but know it’ll be difficult with the clock starting to tick down.

Eriksen signed a massive contract with the Serie A giants and, last week, Inter boss Antonio Conte insisted he wouldn’t be going anywhere.

But that won’t stop Tottenham, who are eyeing another reunion with one of their former players.

Should they sign Eriksen, they’d be hopeful he can shine in a way Gareth Bale hasn’t since his emotional return from Real Madrid back in the summer.

Bale has struggled for Spurs ever since and, on Sunday, toiled as they lost 1-0 to Brighton in their Premier League clash at the Amex Stadium. 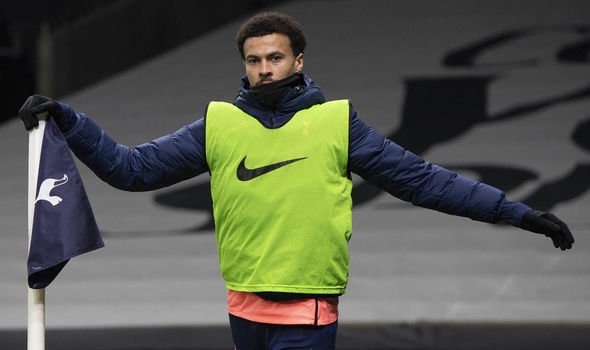 And Graeme Souness slammed the Wales international after the match, saying: “I’m looking at him – a world-class player.

“He comes back to the club he professes to love and he looks happy to sit on the bench.

“If he’s not happy with that, and that’s what he was accused of at Real Madrid, be vocal about it and let the Spurs supporters know you’re not happy you’re not getting enough minutes.

“This is a guy who was a genuine world-class footballer – we don’t know if he’s still world-class as we’ve not seen him.

“At 31, this should be his peak years. This should be his best years, coming back to where he’s loved. When the cameras been on him when he’s not coming on, he doesn’t look perturbed at not being the one going on. 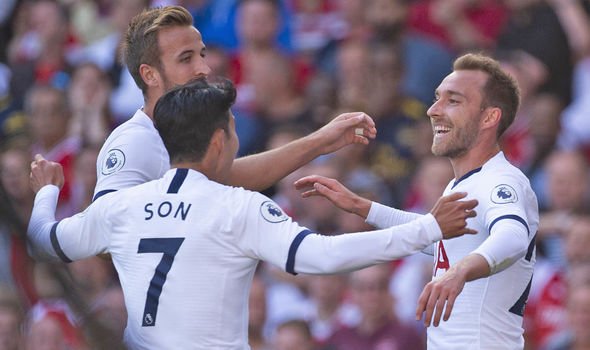 “If you don’t do that, people question you. He has to come out publicly and say I’m angry at not playing and get a few banner headlines in the red tops.”

Meanwhile, regarding Eriksen, Inter chief Giuseppe Marotta has admitted he expects the playmaker to remain at the San Siro despite Tottenham’s interest in bringing him back.

“As Antonio Conte said, if there are some players who are unhappy and want to find other clubs, it’s not right to withhold them,” Marotta told DAZN.

“We do not have any of those situations. Therefore, this is the squad we will have at our disposal until the end of the season.

“When you’re in a big club, there are no starting players or deputies. There are just professionals who must answer to the coach and his decisions. A player can play less than one of his team-mates but still manage to be more influential.

“Over the course of the campaign, Eriksen too can have an important role in the team, whether he plays more or less.”

Tottenham are next in action against Chelsea on Thursday.

They’ll go up against a Blues side who are now up and running under Thomas Tuchel, having beaten Burnley in their domestic showdown on Sunday.