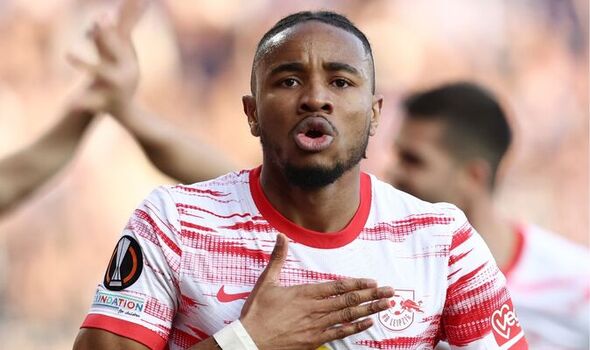 Chelsea have already conducted medical checks on RB Leipzig attacker Christopher Nkunku ahead of a potential future transfer, according to reports in Germany. The Blues are among the frontrunners for the France international forward, who won the Bundesliga Player of the Year award last season following a stunning individual campaign that included 35 goals and 20 assists in all competitions.

Nkunku had almost looked certain to move at the end of the campaign with Bayern Munich, Manchester City and Chelsea among those in the mix but the 24-year-old opted to remain in east Germany, extending his stay by signing a two-year contract extension.

However, there is now a feeling that Nkunku’s long-term future still lies away from Leipzig with Chelsea seemingly in the box seat for his signature.

According to Bild, the Blues have already sent medics to Frankfurt, Germany to conduct a medical examination of Nkunku with a view to signing the player in a future transfer window.

It’s claimed the medical took place towards the end of August and included cardiological examinations and a visit from the orthopedist. 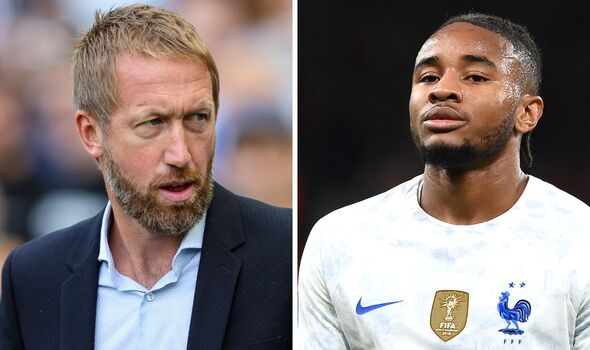 The visit has reportedly only been paid for in the past few days, opening a potential can of worms now the development has entered the public domain.

Chelsea are said to have been keen to avoid a potential stir in England which could alert fellow rivals to a deal.

It’s understood Nkunku has a release clause worth £53million that becomes active in the summer of 2023.

Leipzig are not entertaining the idea of selling their player mid-season, either.

The Bundesliga outfit could yet agree a deal in January for the summer though as Chelsea seek to beat the rush for the dynamic forward, who can play both centrally and out wide.

Fabrizio Romano is also backing Chelsea to enter the mix for Nkunku, he said: “There will be many clubs in the race for Nkunku next summer, including Chelsea as they’ve always been interested and attentive to his growth.

“Nothing has been decided yet on the next step, it will be in 2023 – Nkunku will be one of the big names next summer.”

Graham Potter is expected to make changes to his frontline with Hakim Ziyech and Christian Pulisic among those that could depart.

The Moroccan was the subject of negotiations with AC Milan before the deal eventually died a death.

Meanwhile, Pulisic has spoken openly about his struggles working under Thomas Tuchel before his dismissal.

Now there is hope a change of manager can help kick-start his Chelsea career following a difficult couple of seasons at Stamford Bridge.

Both Manchester United and Newcastle looked at signing the USMNT captain this summer and their interest could yet be revisited should Pulisic remain out of Chelsea’s starting XI.