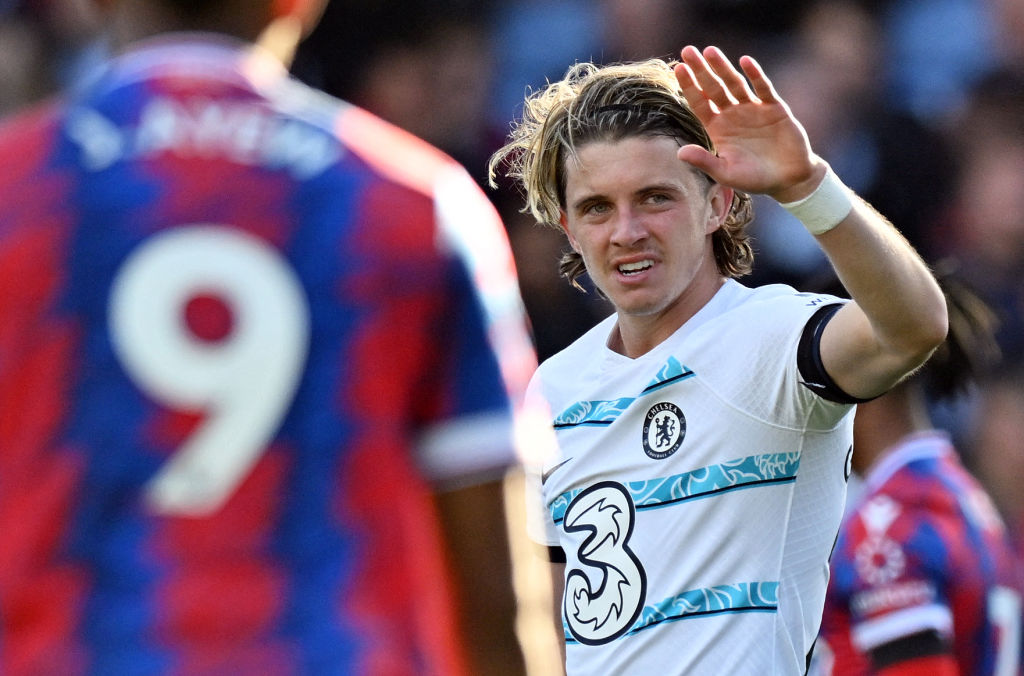 Chelsea midfielder Conor Gallagher has opened up about his ‘unfortunate’ first goal for the club after he scored a thunderbolt against Crystal Palace.

The Blues fell behind against Patrick Vieira’s side at Selhurst Park on Saturday but turned it around to secure a 2-1 victory, with Gallagher scoring a 90th-minute winner as Graham Potter won his first top-flight game in charge of the club.

He was named Crystal Palace Player of the Year and was linked back to the club again this summer, but Chelsea decided to keep him at Stamford Bridge instead.

‘It’s a very special moment to come on and get the winner and my first goal for Chelsea,’ Gallagher said after the match.

‘It was written in the stars. Unfortunately it came against Palace but I’m just buzzing to get my first goal.

‘Everyone knows how much I loved it here [at Palace] and I thank the whole club and the fans – even today with the reception they gave me.

‘Hopefully I can build a bit of confidence with the goal and push on.

‘I want to work as hard as I can for him [Graham Potter] and be available wherever he needs me, whether starting or coming off the bench.

‘Obviously I want to start and I need to show him I’m good enough.’

Aston Villa, West Ham, Everton and Newcastle United were all linked with loan moves for Gallagher in the summer, as well as Palace.

But Gallagher said in July that he was ‘ready to make the step up to Chelsea this season’ and fight for his place in west London.

He has featured across seven games for Chelsea so far this term, playing a total of 180 minutes.