England’s first football hate crime officer Stuart Ward believes an extended spell of matches behind closed doors, coupled with a lack of accountability and education, is driving more people to abuse players online in such a way that will damage their mental wellbeing.

Ward’s new role within the football unit at West Midlands police will cover reported offences from the professional game right through to the grassroots, although he admits the world of social media is becoming incredibly difficult to control.

Kick It Out reported a 42 per cent increase in discrimination last season and in the Midlands specifically a 12-year-old boy from Solihull received education sessions as part of the restorative justice process after racially abusing Crystal Palace forward Wilfried Zaha online last July.

Ward thinks sending these types of messages is far too easy and that wider education is vital in trying to combat a growing issue.

“There’s a real ease to just log on to a computer and sit behind a keyboard and start typing abuse to someone really with no repercussions for what they’re doing, it’s a little bit different to a matchday where we can investigate there and then – on a matchday people can be identified,” Ward told Sky Sports.

“Now people go on to social media because they can sit behind a screen, set-up accounts and abuse players or individuals because of race, religion, gender, sexual orientation or if they’re disabled and it’s unacceptable.

“For me education is massive, we’ve got a generation that we can target within schools and giving them the confidence to know what a hate crime offence is and they can raise it, report it, challenge it and the only way we’ll ever get around this is by challenging the behaviour and by educating people.”

Ward’s own experiences of discrimination within football date back more than 20 years to being racially abused as a young player at grassroots level and he feels he can identify with top-level players who are regularly subjected to similar treatment.

He has already held positive conversations with Midlands’ clubs including Aston Villa and also says it’s important that the police and social media companies are “singing off the same hymn sheet” when it comes to identifying offenders. 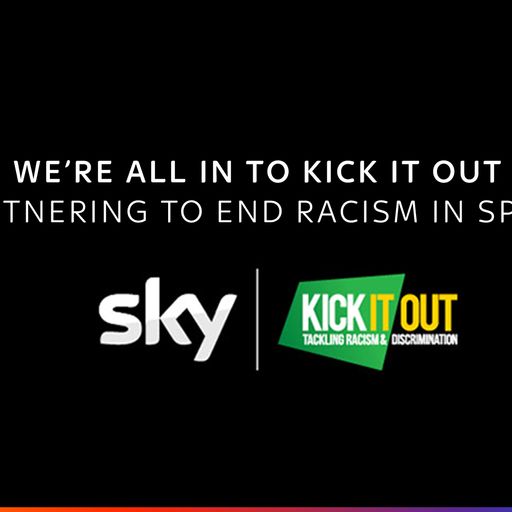 We're All In To Kick It Out

“I’ve had racism all through my life, it started at a youth footballer, playing junior football at 11-years-old – I was targeted because of the colour of my skin,” Ward adds. “It has a massive impact. To this day I remember it quite clearly and I can still relate to it. I am hoping I can draw from it moving forward to change cultures and behaviours.

“(I was) shocked, sad, depressed. You feel like you’re different even though you’re not and it’s upsetting.

“It will have a massive impact, in football there’s still a stigma certainly in the male game that they feel that because they are footballers they don’t come under pressure for any reason but they’re being targeted and it will have an impact on them. I know myself because it had an impact on me.”

Kick it out reporting racism