Fifa have said that Cristiano Ronaldo is a ‘total genius’ for the way he won a controversial penalty against Ghana.

The Portugal striker went down under the challenge of Southampton and Ghana defender Mohammed Salisu in what appeared to be minimal contact.

However, amidst the criticism of the decision to award Portugal the spot kick, Fifa have instead praised the 37-year-old for how he was fouled. 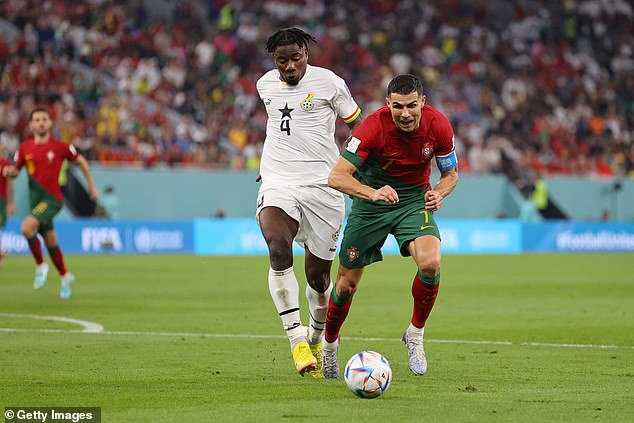 Sunday Oliseh, who is a member of the Fifa technical study group (TSG), defended Ronaldo and even went as far as praising the Portugal forward.

Oliseh said: ‘Maybe the strikers are getting smarter?

‘The Ronaldo penalty, people can say what they want about him, but the smartness to wait for that second, to touch the ball, continue his leg and then get the contact. That is total genius.’

The former Nigeria player continued to say that these penalties are now given more frequently because of VAR.

‘Let’s give strikers the compliment for getting smarter. VAR is also a major reason why this (more penalties being awarded) is happening. Referees can look at it three or four times.’ 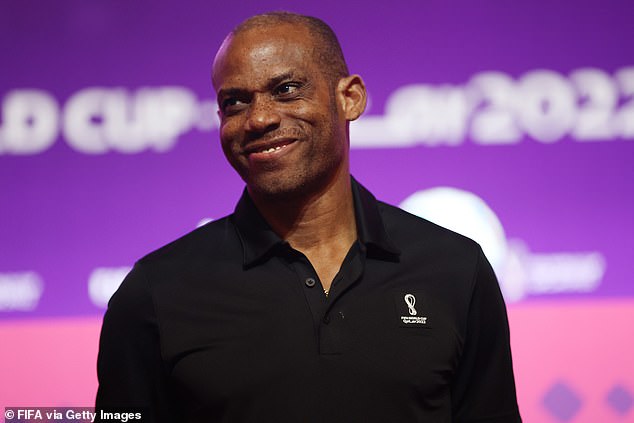 However, not everyone agrees with Oliseh’s verdict on the penalty.

Chris Sutton said Ronaldo was setting a ‘terrible example for young kids everywhere’ because of his ‘cheating’ to win the penalty.

Ronaldo’s penalty put Portugal 1-0 up in a thrilling game they went on to win 3-2 against Ghana. 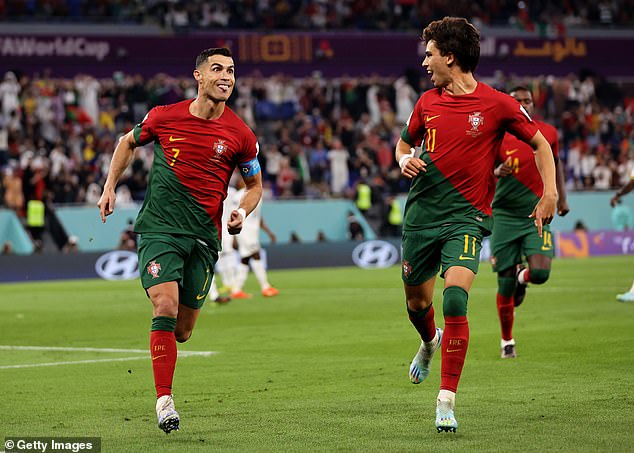