Cristiano Ronaldo is reportedly pushing for a move to Manchester City as Juventus’ wantaway superstar eyes the exit door before the window slams shut at the end of the month.

Doubts have surrounded the 36-year-old’s future at Juventus, with the Portuguese star reported to have asked to begin last weekend’s season opener at Udinese on the bench.

Ronaldo has one year remaining on his deal in Turin and the Italians are understood to be willing to let their talisman go for £25million amid links to Manchester City and Paris Saint-Germain. 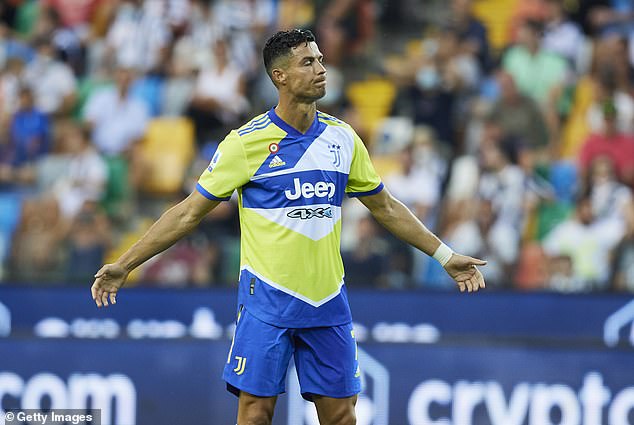 According to L’Equipe, Ronaldo is currently pushing for a move to the Premier League, with the Portuguese attempting to engineer a switch to Pep Guardiola’s side this month.

The French outlet reports that Ronaldo is trying to create the right circumstances for a move, including a swap deal involving Portugal team-mate Bernardo Silva or defender Aymeric Laporte.

L’Equipe add that a deal could be struck as soon as this weekend, in what would be a seismic move given Ronaldo’s close connection with fans of Manchester United. 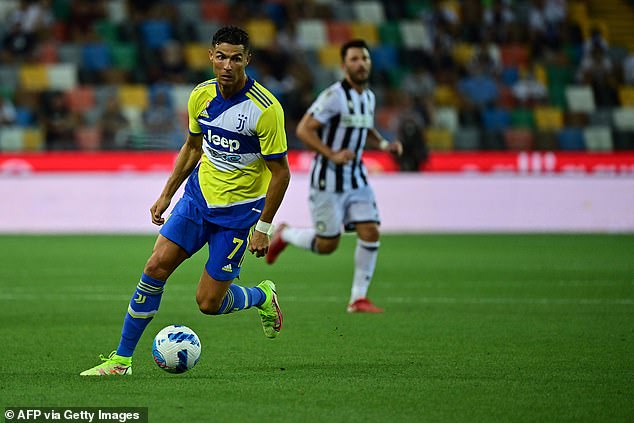 The latest development comes after the brother of PSG’s owner shared a cryptic tweet teasing a move for Ronaldo this summer.

Khalifa Bin Hamad Al-Thani shared vital information relating to Lionel Messi’s free move to PSG from Barcelona, and the Qatari royal shared a photoshopped image of Messi and Ronaldo in PSG kits with the caption: ‘Maybe?’

City are in desperate need of a striker this summer and have been heavily linked with a move for England captain Harry Kane. 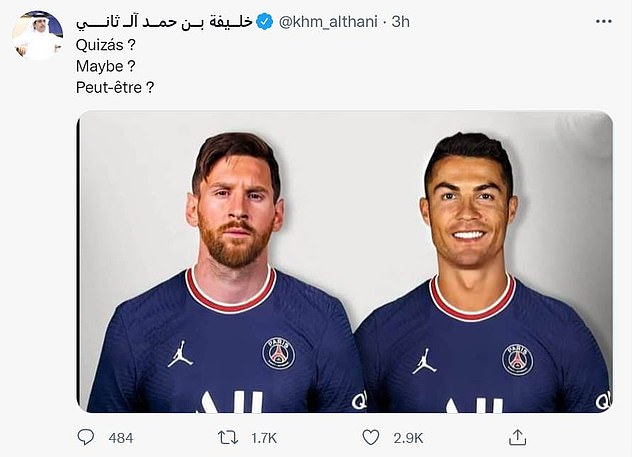 The Spurs striker is trying to force through a move but Daniel Levy has been unmoved by City’s offer of £100m. Kane has three years remaining on his deal and the Tottenham chief is demanding around £150m for his prized asset.

Despite his wage demands of around £25m a year on top of his transfer fee, Ronaldo would present a cheaper alternative for City and is acutely aware of the demands of the Premier League.