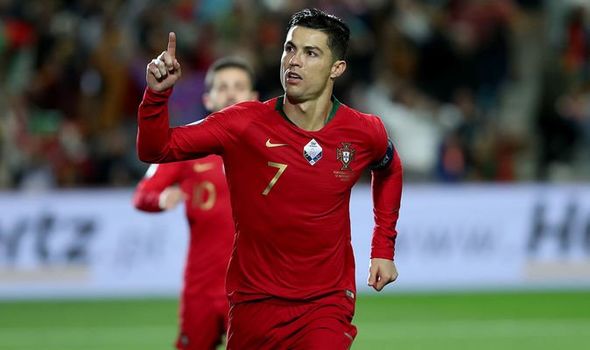 The 36-year-old Portugal captain had been expected to join rivals Manchester City from Juventus. But after a dramatic 24 hours, United last night re-signed the star in a £12.8million deal plus £6.8million in add-ons. He is believed to be set to earn £500,000-a-week at Old Trafford.

Ronaldo, who agreed a two-year contract, first joined United from Sporting Lisbon in 2003 and last played for them 12 years ago.

Just hours before, manager Ole Gunnar Solskjaer had said the door was open to the player, adding he “knows we are here”.

Former boss Sir Alex Ferguson is thought to have been influential in sealing the stunning switch. United’s Portuguese midfielder Bruno Fernandes is also said to have played a part.

Match of the Day host Gary Lineker tweeted: “Wow! Just wow. What a signing. What a transfer window for United. “What a homecoming. Love it.”

Solskjaer, who played alongside Ronaldo more than a decade ago, had described the ex-Real Madrid ace as a United “legend” and the “greatest player of all time”.

The father of four completed a then world-record £80million move to Real Madrid in 2009, switching to Juventus in 2018.

United said they were “delighted” to have agreed terms with Juventus for the transfer of Ronaldo, subject to finalising personal terms, his visa and medical, adding: “Everyone at the club looks forward to welcoming Cristiano back to Manchester.”

It is not known what number shirt Ronaldo will wear after United’s prized No 7 shirt was given to striker Edinson Cavani.