Four years on from his death that rocked the country, Cyrille Regis’ widow Julia travels to Machu Picchu for a hike to ensure the legendary former West Brom and Coventry player’s legacy lives on through his charity

There has been an added poignancy in Midlands derbies involving West Brom since Cyrille Regis, a legend in the region, passed away unexpectedly in 2018 at the age of 59.

Wednesday night at The Hawthorns will be no different, particularly with Albion and Birmingham City in the bottom half of the Championship.

It’s a far cry from the glory days of the late 1970s and 80s when Regis was a fearless centre-forward and helped make West Brom the most exciting team in the country, before moving on to help Coventry City win the FA Cup in 1987. 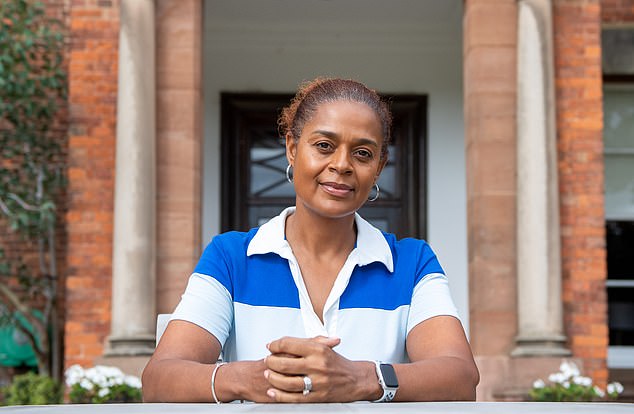 Off the field too, he was a hugely significant figure as one of the first black players who overcame widespread racial abuse to make their mark and win five caps for England.

Even after retirement, Regis continued to help others as mentor to a new generation of players including Gareth Bale.

Today, the name lives on through the Cyrille Regis Legacy Trust including the Strike a Change programme for teenagers who need additional support.

Next month, Cyrille’s widow Julia, Chair of the charity, will go to Machu Picchu with Cyrille’s sister Denise and their friend Annette Taggart to raise funds by walking 26 miles up to an altitude of 4,500 metres.

It’s a fitting tribute for an electrician from London whose life changed forever when West Brom paid non-league Hayes £5,000 in 1977 and he became king of the Midlands for the rest of his career.

‘Cyrille kept his accent but considered the west Midlands his home,’ recollects Julia with a smile. 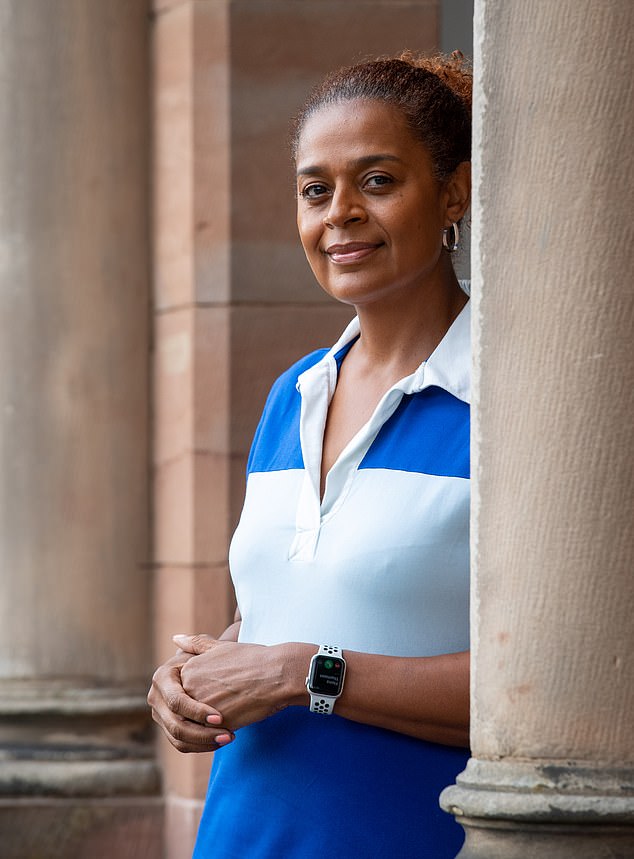 ‘He used a lot of rhyming slang and had his own sayings, “do you fancy some shampoo” for champagne, but in every other aspect he became completely assimilated.

‘His first landlady, Mrs Groce, was like a second Mum. We invited her as a surprise guest when Cyrille’s autobiography was launched in 2010. I remember him getting very emotional and there were a few tears.’

Regis became a national name after Albion thrashed Manchester United 5-3 at Old Trafford in 1978 when he and fellow black players Laurie Cunningham and Brendan Batson were collectively known as the Three Degrees. 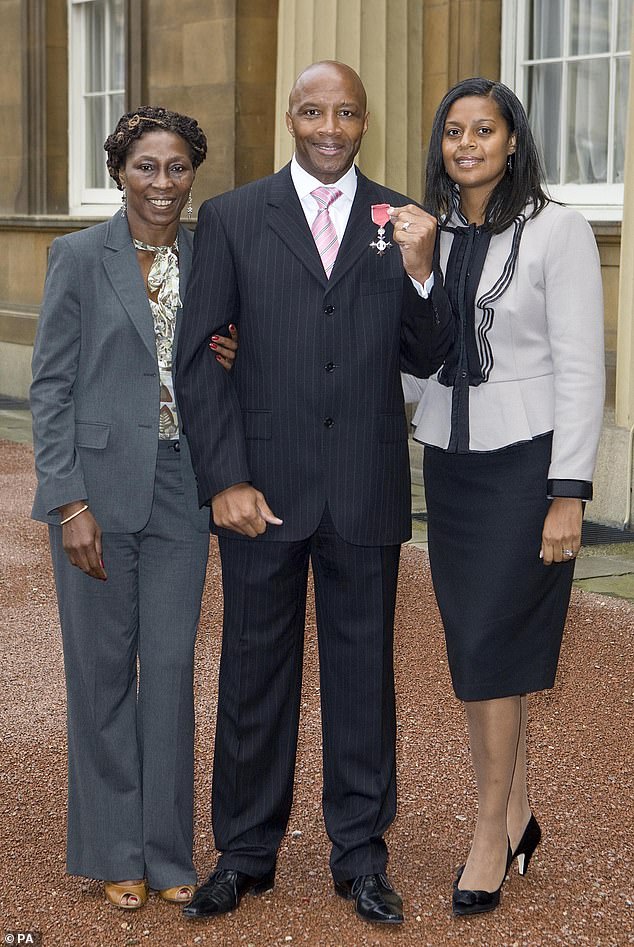 He spent seven years at Albion, regarded as one of the club’s greatest players, and then spent a further seven with Coventry where he was part of the only Sky Blues team in history to win a major trophy. He also represented Wolves and Aston Villa.

As a player, he was quick and powerful and possessed a fierce will-to-win. Off the pitch, he was the archetypal gentle giant, and converted to Christianity in 1989 following the death in a road accident of his good friend, Cunningham.

Julia, who married Cyrille in 2006, said he always stayed in love with playing sport. ‘After football, he got into golf, and would be very competitive. But when the game was done, he never carried any angst into the bar,’ she explains. ‘His football friends say it he was always like that – he was able to compartmentalise things.

‘We played a lot of golf, with each other and against each other. We’d have competitions on holiday, friends would text us “Who is winning?!”

‘He was very good at digging deep, his motto was “It’s not over, until it’s over” but whatever the end result, he was gracious. He was a 12-handicap, he would hit long but not always straight. If we were playing mixed competitions, I’d ask him, “Don’t leave put me in the trees!”

West Brom was always in Regis’ heart and his quotes are dotted around The Hawthorns. But he also remained close to the ‘87 Coventry team who would hold reunions at least once a year. ‘The whole team would meet up,’’ says Julia. ‘Dave Phillips, Micky Gynn, Nick Pickering, Oggy (Steve Ogrizovic) the manager John Sillett. Benno (Dave Bennett) was like a little brother to Cyrille.

‘Going to an Albion game with Cyrille was always interesting. We had a plan when and where we should meet after the match because he was mobbed the moment he stepped inside the stadium. The fans loved him. After he died, everyone had story about meeting him.

‘He was recognised everywhere, once in the middle of a supermarket in Auckland when we were visiting his niece in New Zealand!’ 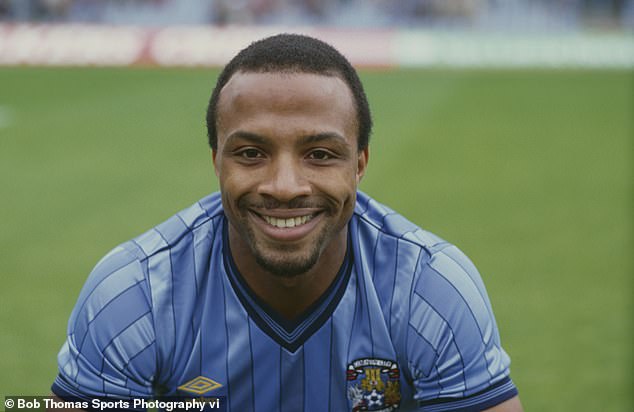 At his peak, Regis had to contend with whole stadiums chanting the n-word at him. ‘He said he was angry but his way to deal with the emotion was to channel it into his performance,’ said Julia. ‘I’m not sure I could have done the same but it was his way and he won the war in the end because people loved him.

‘He would have been speechless at the reaction when he died. It really was something else.’

Julia was determined Cyrille’s influence should continue beyond his death from a heart attack. 2018. The Strike a Change campaign is supported by the four west Midlands clubs he played for; and Walsall and Birmingham.

72 teenagers who have their own difficulties are invited onto the 12-month programme which works on character, self-belief, resilience, integrity, learning, leadership and endurance. Mentors come and speak to them and there are group visits to the football clubs.

The scheme supports boys and girls of all races. Stuart Lawrence, brother of the murdered black teenager Stephen Lawrence, was the keynote speaker at the last class graduation in July.

‘It’s very emotional to see these young people who wouldn’t have known Cyrille as a player, learn about what he stood for and get the help they need,’ says Julia. ‘These are children who can be disengaged from society in some way, but end up learning life skills that will help them grow as people whilst making new friends.

Julia now awaits her own test in Machu Picchu and is preparing in a way her husband would have approved of.

‘There is excitement – and a few nerves about the altitude,’’ she concedes. ‘I’ve been doing treadmill work on a steep incline, step machines, going for hikes with a backpack, PT sessions, a few rounds at Edgbaston golf club where I’m a member. Hopefully, I’m prepared!

‘I believe Cyrille would be proud of what we’re doing. It’s about helping young people. I’m not sure he would have taken this challenge though – he didn’t like heights! 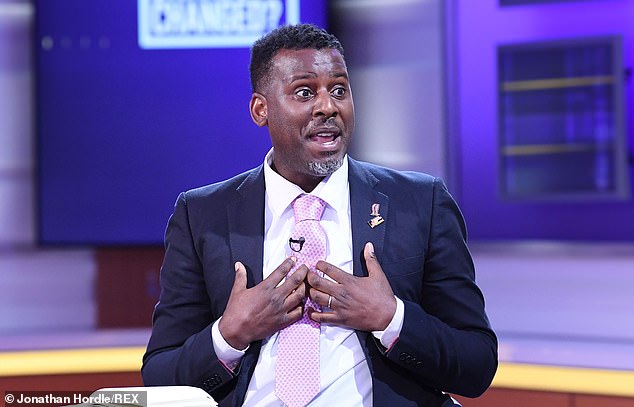 Stuart Lawrence, brother of Stephen who was murdered in a racially aggravated attack in south-east London in 1993, has been a keynote speaker at one of the foundation’s events

‘Cyrille was a natural mentor. He was comfortable encouraging people. After coaching at West Brom, he joined the Stellar sports agency and enjoyed talking to their young players, Gareth Bale was one he got to know.

‘He saw the money in football as being down to the market, like any other business. He was more concerned trying to help players succeed and cope with the scrutiny. He didn’t want them to take every social media post to heart. He’d have backed someone like Marcus Rashford for doing something he believed in.

‘Cyrille was an amazing man who really tried to live out his faith. I think that’s why there will always be this great love for him.’