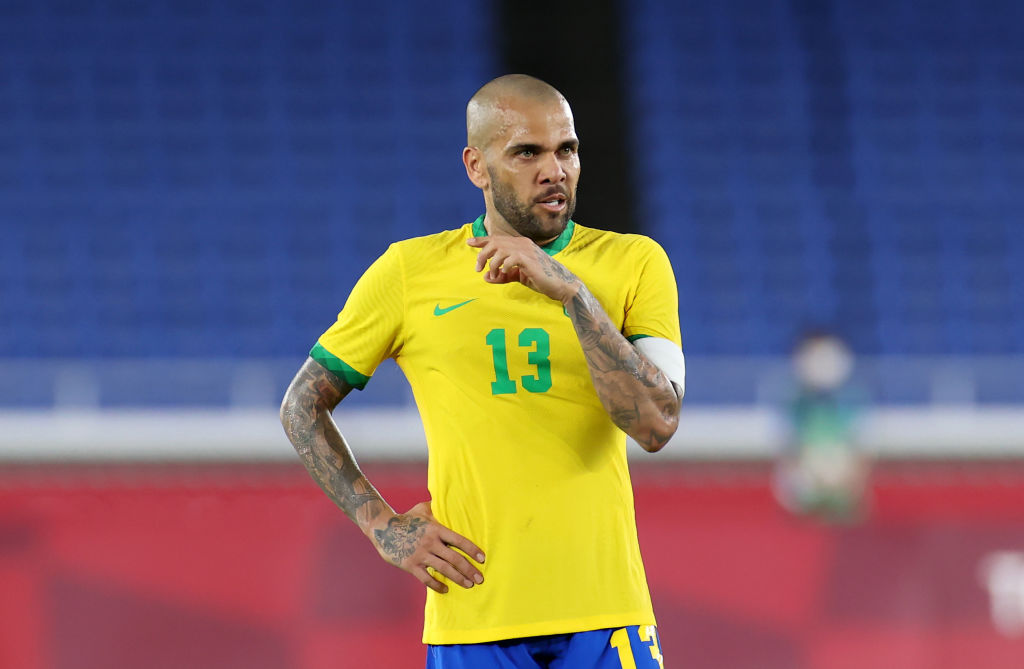 Dani Alves has told Barcelona that he would welcome the chance to return to Camp Nou.

The 38-year-old is currently without a club after leaving Sao Paulo in September following a dispute with the Brazilian club over unpaid image rights.

Alves spent eight seasons at Barcelona and was an integral figure during his time at Camp Nou as he helped the club win six La Liga titles, three Champions League trophies and the Club World Cup on three occasions.

And now the Brazilian has his eye on a second stint at Barcelona following the club’s poor start to the season under Ronald Koeman.

‘It would be taking advantage a bit to say Barca now need me,’ Alves told Sport.

‘I always said I left because I saw things weren’t how I thought they should be. You don’t want to see everything that happened before my exit.

‘I left saying that when Barca needed and wanted me I would return regardless of where I was. There’s too much love, respect and care I have for this home.

‘If Barca think they need me all they need to do is call. I believe I can add things wherever I go but at Barca now especially with the youngsters they have.

‘We were young once and we weren’t prepared to defend a responsibility as big as defending Barca is, no matter how good they are or how much they are spoken about. It’s all new. You need a mix of young and old to give balance and the chance to fight for great things.’

Alves could also have an advantage as Joan Laporta, who was Barcelona’s president when he moved to Camp Nou from Sevilla in 2008, returned to the club in the summer.

‘Joan knows what I think of him and everything he’s done for Barca and all of us. it’s nothing new,’ said Alves.

It’s clear and I’ve always said it. I’m delighted he’s back again. He was left with a problem but I think he can solve it, if anyone can, he can.

‘It’s a challenge to put Barca back where they deserve. It’s an era of transition and difficulty and they have to make that clear.

‘Barca will return. It might be half a year. Three months. A year. But they will return because they always have. Those who love the club are ready to help in any way.’