It was about as frank as a player will ever be about their own form. “I think I lost my way a bit,” Daniel James admitted, reflecting on a year-and-a-half at Old Trafford that has not exactly followed a smooth upward trajectory.

The goal which broke the back of Manchester United’s 3-1 win over Newcastle on Sunday was James’ third in as many appearances and sixth in nine games for club and country.

That is the best scoring streak that he has enjoyed since hitting three in his first three games following his move from Swansea City.

James went the next 32 games without finding the net, finally ending his drought in a 5-0 Europa League win over LASK Linz last March in United’s final outing before football’s coronavirus shutdown.

And as that game was played behind closed doors, it is still 18 months since James’ last United goal in front of any supporters.

That may seem trivial but during that early scoring run James looked like a young player who was driven simply by being at a club of United’s stature, playing in front of a capacity crowd at Old Trafford, and living out a dream.

Once at the very start of last season, he was so caught up in celebrating a late equaliser against Crystal Palace that he had to be dragged back to the centre circle by Marcus Rashford and Anthony Martial, who wanted to kick off quickly in search of a winner.

There was a charming innocence about that moment. A year earlier, James had been on the verge of joining Yeovil Town on loan. Now, even if a point was not enough, he could not help but revel in the adulation that comes with scoring a late goal at Old Trafford.

That adulation is something few prospective Yeovil Town loanees ever experience, but then so is the scrutiny that comes when things do not go well at United.

James’ form dropped off. The fast start insulated him from criticism for a while, but it soon arrived. The lowest ebb perhaps came right at the season’s end, with the Europa League semi-final defeat to Sevilla in Cologne. 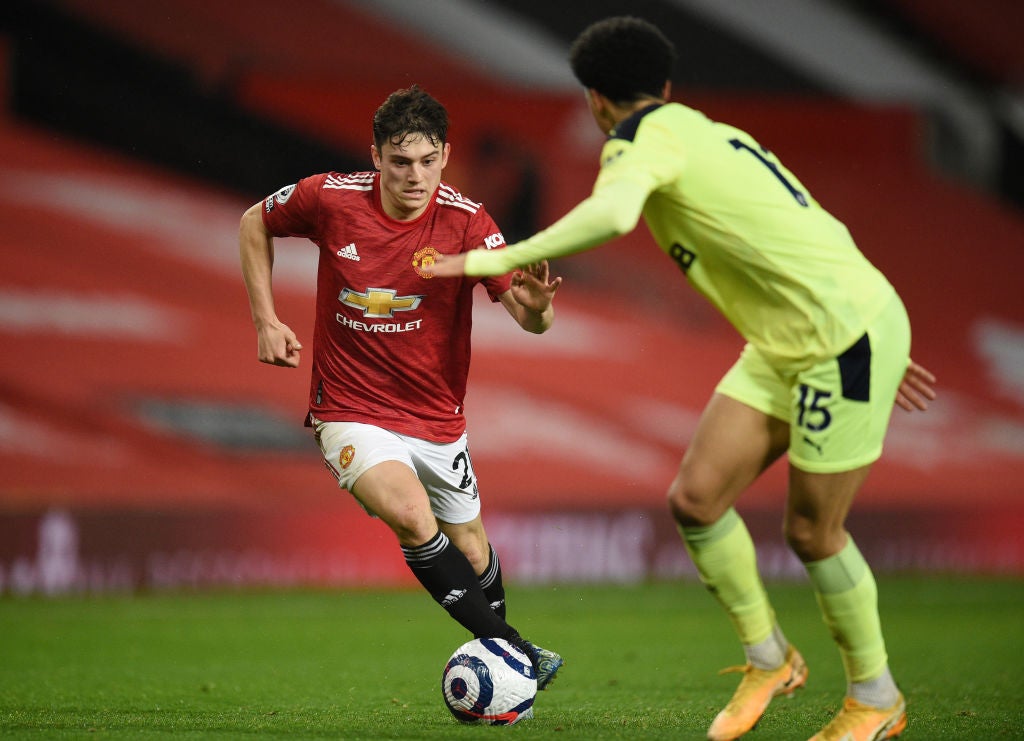 Ole Gunnar Solskjaer desperately needed to change something to avoid crashing out yet waited until the 87th-minute to introduce James, then admitted United lacked the necessary squad depth in his post-match press conference.

It was a grim assessment of every player outside the starting line-up that night, James included.

“I wasn’t playing the same as I did at the start of last season,” the United winger conceded after the final whistle on Sunday.

But now, his only focus is his improvement over the past few weeks.

“I’d say it was a turnaround,” he added. “There was a moment last season when I wasn’t performing as well as I wanted to. This season I’ve reflected on that as much as I can, reflect on the games and working on the training ground as hard as I can.

“I had to look at analysis. I’ve had the right people around me to help me look at that, working with the coaches to get me back to myself and I’d like to think I’ve got there.”

To do that, he has had to rely on more than just his pace.

Speed may be James’ greatest attribute, but the most regular criticism of him last season was that he would struggle when opponents dropped off and denied him space in behind.

On Sunday, he was effective against a Newcastle outfit who deployed a similar approach. The key – as he demonstrated against Steve Bruce’s side – is providing width as well as pace.

James looked often uncomfortable as a right-footed right winger last season. It is not a role which comes naturally to him. He has always preferred to cut inside from the left.

Yet few other players in United’s squad can provide natural width from the right and when James is deployed there, he can stretch deep-lying, compact defences laterally, creating the gaps that United’s attack requires to break low blocks down.

And if the opposition defence chooses to hold a narrow shape, closing off those gaps, he is the one who is left in space. That was the case against Newcastle, in the build-up to United’s crucial second goal.

James stayed wide on the right, clear of left-back Jamal Lewis, and this gave him the time and space to finish past goalkeeper Karl Darlow once found by Nemanja Matic, via Bruno Fernandes’ flick.

It was intelligent play and Solskjaer referenced how these aspects of James’ all-round game are improving in his post-match appraisal.

“He can give us the threat in behind, he gives us the width and energy defensively,” the United manager said. “We’re delighted for him to get a goal and he’s ready to go again.”

James is just delighted to be playing, scoring and still celebrating as if in front of a packed Old Trafford.

“I have been on the sidelines a lot but doing everything I can to get back into the team,” he said. Having lost his way, he is gradually finding it again.