Bayern Munich defender David Alaba has cut his list of potential destinations this summer down to La Liga rivals Barcelona and Real Madrid, according to Sky in Germany.

The 28-year-old Austria international is leaving Bayern when his contract expires at the end of the season.

Alaba has been a target for a number of Europe’s top clubs, but it appears his heart is set on a move to Spain.

Paris Saint-Germain recently made Alaba a lucrative offer, which he has turned down.

Premier League interest, most notably from Chelsea, also appears not to have swayed him on a move to La Liga. 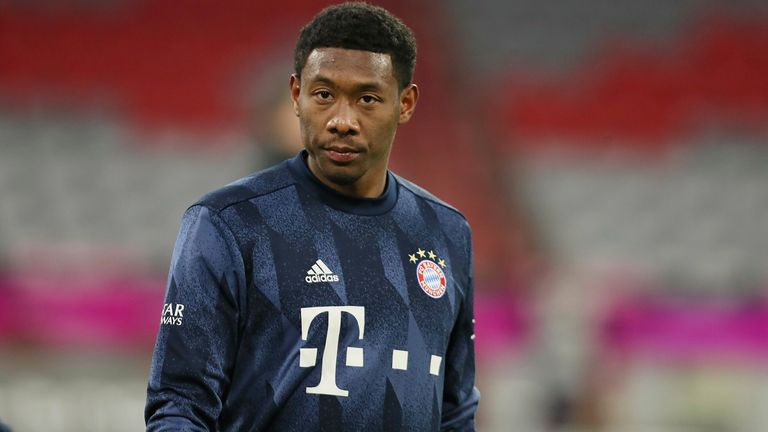 Sky in Germany believe the race between Barcelona and Real Madrid remains close, despite media outlets in Spain claiming Alaba has already signed a pre-contract with Real.

His agent, Pini Zahavi, is close friends with new Barcelona president Joan Laporta, who won the election earlier this month to gain his second term at the helm.

Alaba out to ‘try something new’

Alaba took to social media last month to confirm his departure, saying: “I have made the decision to leave #FCBayern at the end of this season and try something new.

“It obviously wasn’t an easy decision – I’ve been here for 13 years and the club means a lot to me… I haven’t decided where I’m going next.”

Bayern had offered him multiple contract extensions, including a £13m-a-year deal which was rejected, but talks ceased in November.

Alaba is not expected to make a decision this month, with the final call on his future likely to come either in April or May.

🗣️ @David_Alaba: "I have made the decision to leave #FCBayern at the end of this season and try something new. It obviously wasn't an easy decision – I've been here for 13 years and the club means a lot to me."#MiaSanMia pic.twitter.com/XJXIkSvYzb

His 13-year stay at Bayern has so far seen him claim nine Bundesliga titles and two Champions League crowns, and he also helped them win the Club World Cup to earn Hansi Flick’s side their sixth trophy in less than nine months.

Meanwhile, Bayern beat several Premier League clubs to the signing of RB Leipzig centre-back Dayot Upamecano, who will join the club on July 1.