‘I’m not quite ready to return just yet’: West Ham boss David Moyes admits he is still displaying symptoms after testing positive for Covid-19

West Ham manager David Moyes has revealed he has displayed ‘mild symptoms’ of coronavirus as he continues to self-isolate.

Moyes, along with Issa Diop and Josh Cullen, tested positive for Covid-19 ahead of the Hammers’ Carabao Cup tie against Hull on September 22, and has been working from home since.

The 57-year-old misses his fourth game on the touchline on Sunday when West Ham visit Leicester, and he said he does not yet know when he might be able to return. 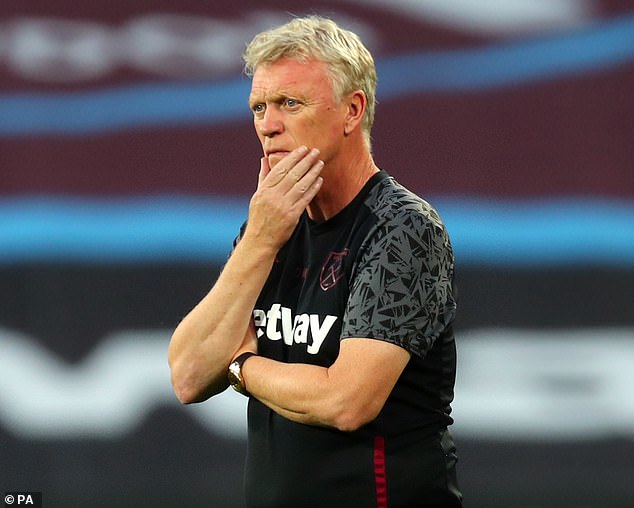 ‘I had hoped to be back with the squad for today’s fixture but I’m not quite ready to return just yet,’ Moyes said on the club’s website.

‘I’m feeling generally fine but I have had some mild symptoms so we are taking it day by day and following the advice of the medical experts, with the health and safety of everyone without doubt the most important thing of all.’

Alan Irvine has led training sessions and managed from the dugout during matches, while Moyes liaises with Stuart Pearce by phone during matches. 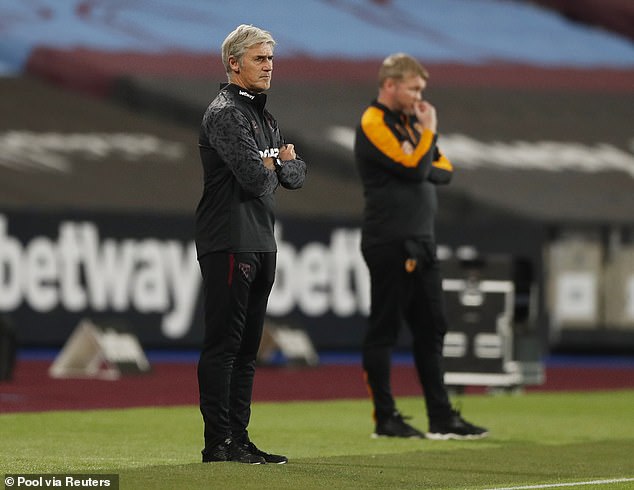 ‘I’ve been in constant contact with Alan and the coaches, and we’ve been able to stick to our normal training schedules,’ Moyes said.

‘I can’t say it’s been easy, frustrating in fact not being there in person – my job has always been so important to lead from the front but I’ve had to get used to delivering that in new and different ways, such as video calls and meetings, although Stuart Pearce and I have enjoyed sticking to the old-fashioned way of speaking on the phone during matchdays!’

Speaking ahead of Sunday’s clash with the Foxes, Irvine said: ‘I spoke to him (David Moyes) this morning, he’s feeling an awful lot better. Just not quite right yet to come back. Hopefully the international break gives him the chance to recover.

‘In all the time i’ve worked with David, and all the time I’ve known him, I’ve never known him to have a day off. It must be hard to handle.’