‘Whoever was on VAR needs to go SPECSAVERS!’: David Moyes fumes at officials as the West Ham boss blamed the referee for blocking Jarrod Bowen while a foul on Tomas Soucek was like a ‘judo move’ in draw at Southampton

West Ham manager David Moyes has blasted officials for costing his side three points in Sunday’s 1-1 draw with Southampton, insisting that Tomas Soucek should have been awarded a ‘definite penalty’.

The Saints took the lead at St Mary’s through Romain Perraud as he intercepted a pass destined for Bowen, with the referee blocking the Englishman from getting to the ball.

Bowen at the time raised his hands for play to stop with Perraud scoring with a shot from outside the box seconds later to put his side in front. 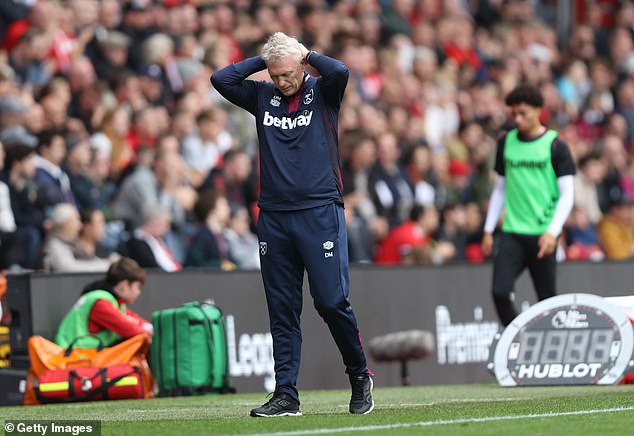 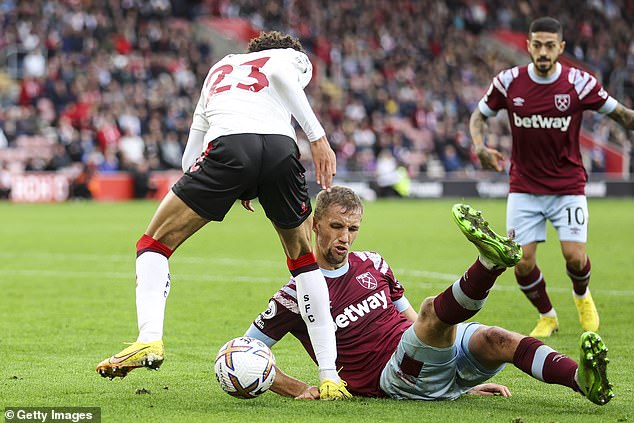 VAR was consulted on the decision but eventually allowed the goal to stand.

Speaking to Match of the Day 2, Moyes explained that the goal should never have been awarded.

‘How have we not got three points?’ said Moyes. ‘The real reason is the referee, the referee gets in the way of the ability for us to defend. 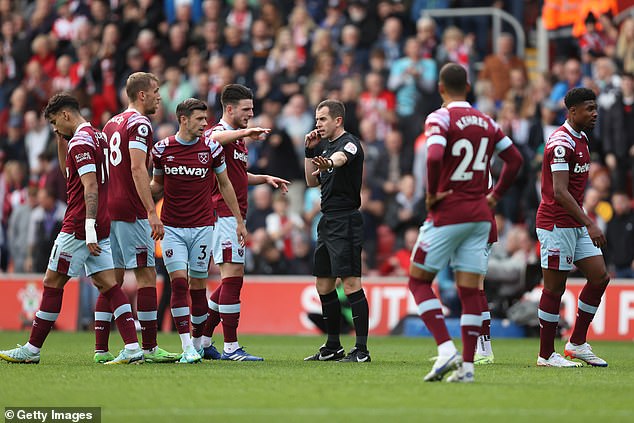 ‘The ball comes out and Jarrod Bowen goes to get the ball and the referee blocks Jarrod Bowen from getting to it and the boy scores from it.

‘Ridiculous, it really is. Wait until you see the angles and the pictures and you will soon see how terrible it is that he allows it to go on. You can’t get in the way of somebody getting it and allowing it to go and it ends up as a goal.

‘But I have to say the team played well, we did a lot of good things, but the referee gets in the way and gives them a goal, which makes it doubly hard because we have to come from a goal down,’ said Moyes. 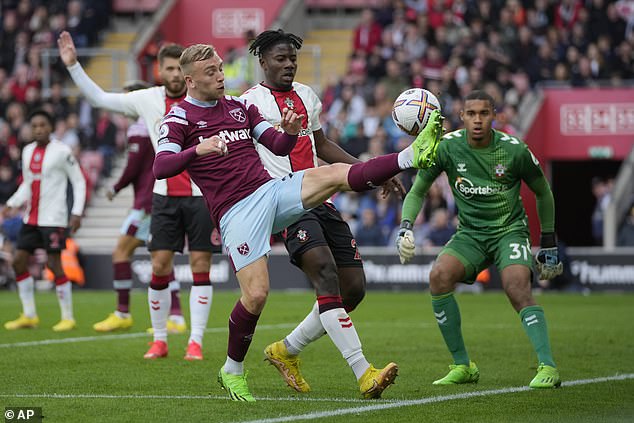 ‘I’m looking at how we never got three points, the real reason is the referee, he gets in the way. Ridiculous. And whoever was on VAR needs to go to Specsavers’.

The visitors rescued a point late on as captain Declan Rice curled an effort past Gavin Bazunu, but Moyes was adamant that his side should have been awarded a penalty as Tomas Soucek was brought down in the box.

Moyes described the challenge on his stalwart midfielder as a ‘judo move’ as his side were denied a fifth spot kick of the season.

‘I actually said that until he sees the penalty kick on Tomas Soucek, it was worse with the one that was given last week. 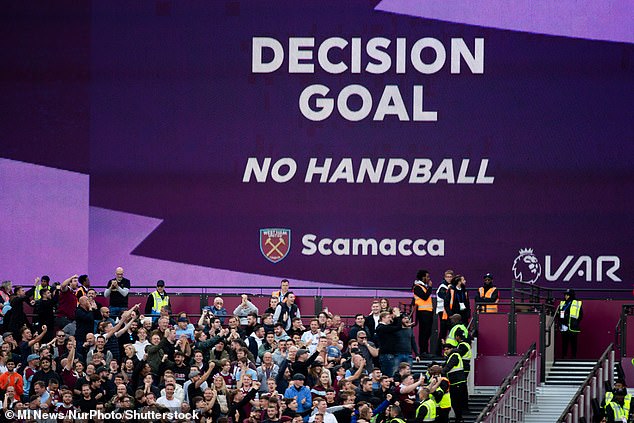 ‘The other one [Bowen] is so obvious but I think the Soucek one is a definite penalty kick.

‘If it’s not, we need to be told that you can hold someone with two arms and take them over in a judo move, so I’m waiting on that news for them to say that those rules are acceptable.’