Premier League: How did the season unfold?

David Moyes’ position on his role at West Ham has been revealed, amid talks he may be set for a return to Everton this summer. Carlo Ancelotti left the Toffees after he was appointed as Real Madrid manager earlier this week.

Ancelotti was popular at Everton, hired by Farhad Moshiri in December 2019 in the hope he’d bring the good times back.

The 61-year-old is theirs no more – returning to the club he won the Champions League title with seven years ago.

The Italian spent two years at the Bernabeu and, in his first season, got the likes of Cristiano Ronaldo and Gareth Bale firing as they won the Champions League.

And now Moyes, amongst others, has been rumoured as one of the names who Everton could turn to to replace Ancelotti.

However, the Athletic are reporting that Moyes is happy with his current job at West Ham, despite his contract expiring at the end of June.

JUST IN: Everton have seven-man next manager shortlist including David Moyes 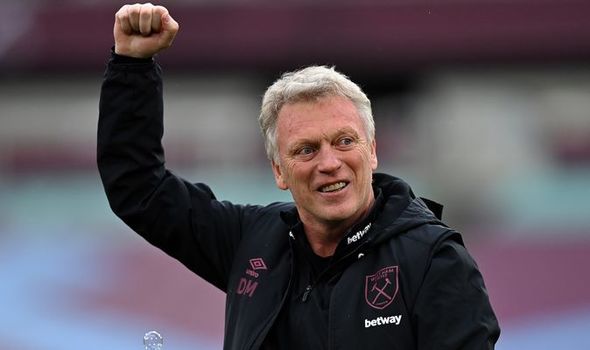 He spent 11 years at Goodison between 2002 and 2013, before leaving to replace the retiring Sir Alex Ferguson at Manchester United.

The Scot was immensely popular during his 518-game tenure and was three times the LMA Manager of the Year with Everton.

He took them to their highest Premier League finish in 2004-05 when the club came fourth and the FA Cup final in 2009, although he never won a trophy.

He would seemingly be the most favoured appointment among the fanbase, with it thought he could be prised from West Ham despite his success there because he has yet to sign a new contract with the Hammers.

The Athletic also report that it could be unlikely that he will make a return to Merseyside, after he was nearly reappointed in 2019, only for Ancelotti to be selected instead.

The report states that former Wolves manager Nuno Espirito Santo could also be someone that the Everton board look to appoint.

Nuno resigned from his role as Wolves manager ahead of the club’s final game of the season against Manchester United.

The former Porto goalkeeper had four successful seasons at Molineux, leading them back into the Premier League in 2018 before two seventh-placed finishes in the English top flight. 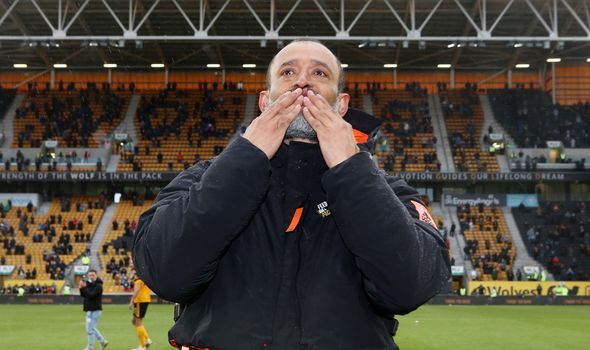 However, he was unable to replicate that success this term, with Wanderers finishing the campaign in 13th.

The 47-year-old sent a message to the club’s fans when his departure was announced, saying: “Since the first day we arrived at Compton, our ambition was to make a positive change and push this football club forward, and I am proud to say that we did that every single day.

“We achieved our goals, we did it with passion and we did it together.

“Firstly, I want to thank the supporters, who have all played such an important part in helping us reach new heights for Wolves, and the people of the city, who embraced us and made us feel at home.

“I, of course, want to thank all of the staff at Wolves, for their support and total commitment, every single day.”