David Seaman backs Pierre-Emerick Aubameyang to return to his best for Arsenal, insisting the striker is just struggling with his ‘confidence’ after Gary Neville suggested he may have fallen out with Mikel Arteta

Former Arsenal and England goalkeeper David Seaman does not believe that Pierre-Emerick Aubameyang has fallen out with Mikel Arteta and is just suffering from a lack of confidence after he was benched at Everton on Monday.

Having arrived at the Emirates Stadium in January 2018, the Gabon international hit the ground running in north London, scoring 44 league goals across his first two full seasons at Arsenal.

He was far less impressive last term, though, as he only found the net on 10 occasions, and his numbers this season have not been particularly eye-catching either. 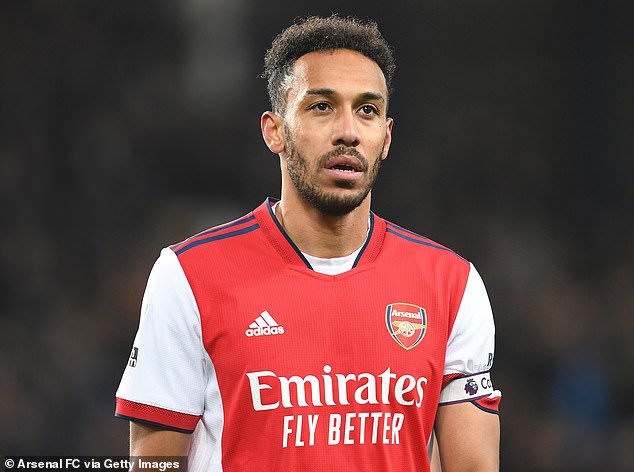 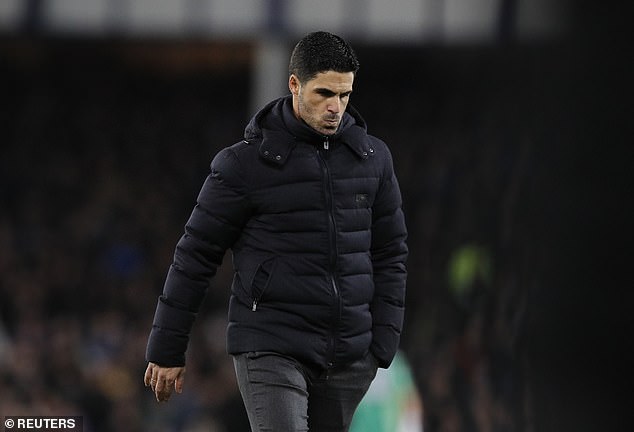 Prior to Monday’s trip to Everton, he had failed to score in his last five matches, which led to him being dropped from the starting XI for the game at Goodison Park.

He was introduced with five minutes remaining after Eddie Nketiah had already been brought off the bench.

But he hardly covered himself in glory when he missed a big chance deep into stoppage time, with Arsenal going on to lose the game 2-1.

Speaking on Monday Night Football, Gary Neville suggested that Aubameyang’s relationship with Arteta is currently strained. He even claimed that the Spanish captain would be open to selling the experienced striker if the opportunity arose.

‘There’s always that little bit of a bug there between Arteta and Aubameyang.

‘I know he’s the captain, but he leaves him out and it just feels like it’s something a little bit awkward and it’s going to cause a problem.

‘I suspect if Arteta could probably get money for him and get someone else they probably would.’

However, Seaman disagreed with this observation. 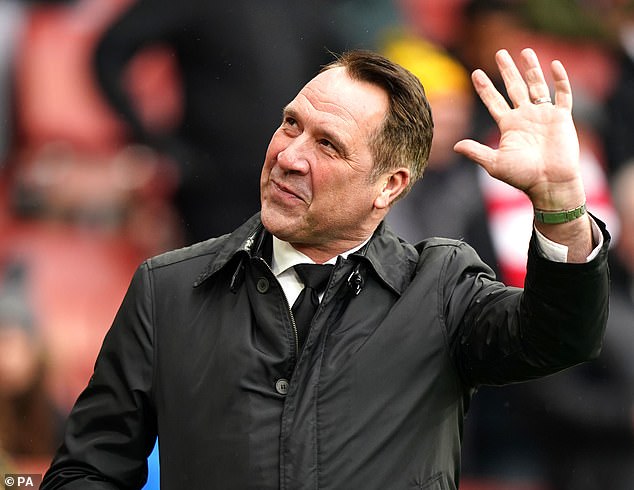 Reacting to Neville’s comments on a potential rift between Aubameyang and Arteta, Seaman told Sky Sports, as reported by Metro: ‘I don’t see that, I don’t see that at all.

‘I think it’s just the fact he’s not playing very well and he’s having one of those patches.’

When asked if he could pinpoint what has gone wrong for the 32-year-old, Seaman put the attacker’s woes down to confidence issues.

He added: ‘He’s just really low in confidence. He needs to get out on that training field and really practice his finishing, get confidence from training.

‘We all know he can do it because we’ve seen him do it in the past.

‘We’re just waiting for that little boost and hopefully he gets a two-foot tap-in and that brings his confidence back.’