Real Madrid beware! David Silva trains with new Real Sociedad team-mates for the first time since recovering from coronavirus… and he has Zinedine Zidane’s champions in his sights

David Silva trained with his new Real Sociedad team-mates for the first time since his free transfer from Manchester City on Monday.

The 34-year-old signed a two-year deal at the LaLiga club in August and is in line to make his debut for his new side against Real Madrid on Sunday.

Imanol Alguacil’s side achieved a sixth-place finish last term which was enough for them to qualify for this season’s Europa League. 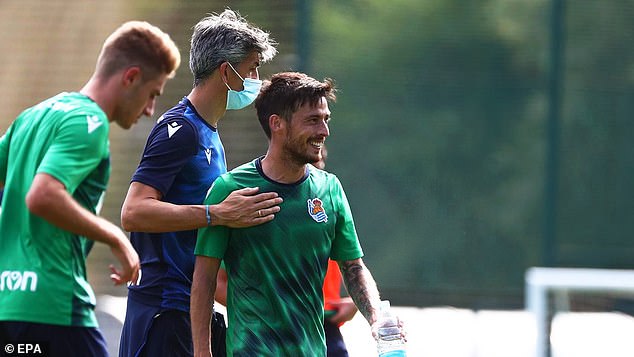 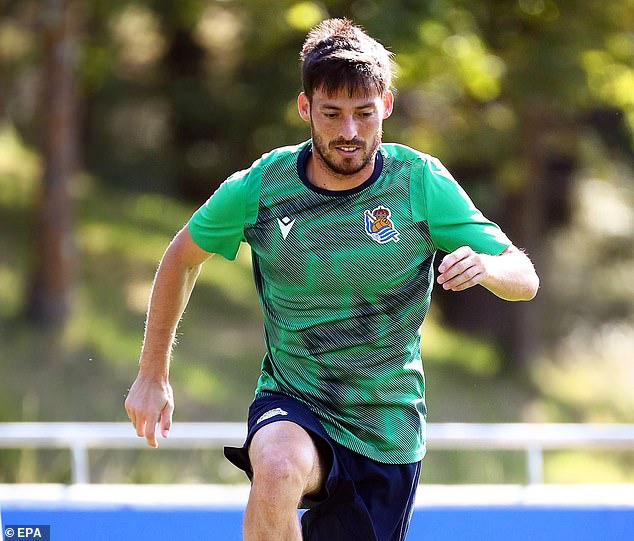 Silva joined the Basque club in controversial fashion as he was close to signing for Serie A club Lazio just days before he chose Sociedad as his next destination.

The Italian side were convinced the Spaniard was going to put pen to paper and join them, with Lazio star striker Ciro Immobile publicly revealing they were ‘waiting for him with open arms’.

But Lazio then started to complain that Silva was rejecting their telephone calls and before they knew it, the midfielder was pictured in the blue and white of Sociedad and not of the Serie A side. 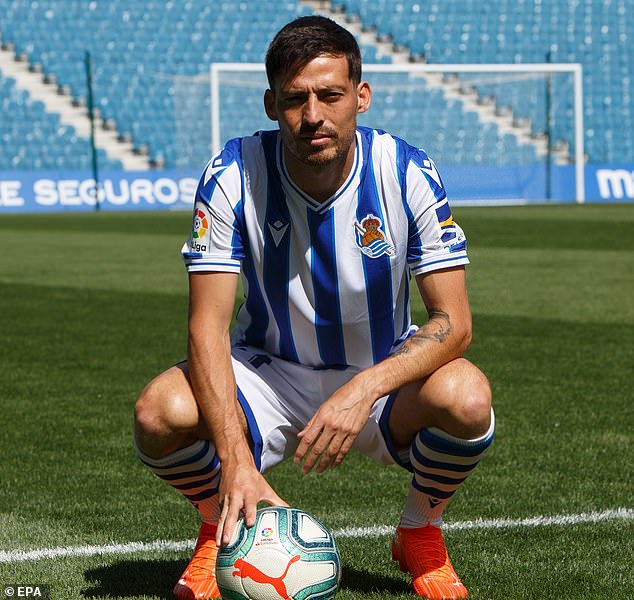 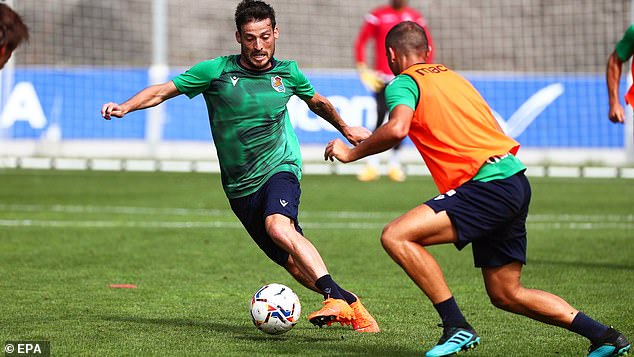 Silva had intended to start training straight away but tested positive for coronavirus on the day he was announced as a Sociedad player.

He had not met his team-mates by that point, so the rest of the squad was allowed to train, but Silva had to wait 14 days in isolation before returning to the training field on Monday.

Silva arrives in San Sebastian having made 436 appearances for Manchester City in ten years at the Etihad Stadium.

During his time in Manchester he won four Premier League titles, two FA Cups and five League Cup triumphs, while he is set to have a trophy built outside the Etihad in his honour. 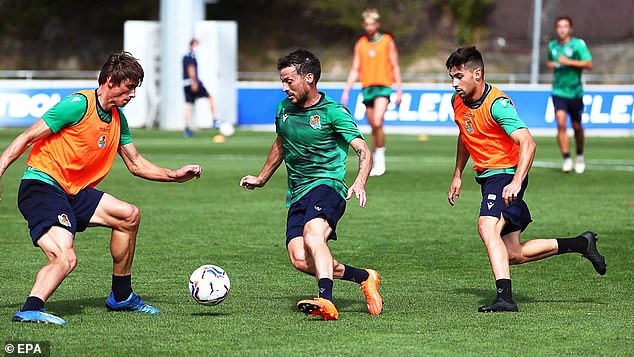 Silva has been bought by Sociedad as a replacement for Martin Odegaard, who had a successful loan spell in San Sebastian last season.

The Norwegian attacking midfielder scored seven times for the LaLiga side last season but has since returned to parent club Real Madrid.

If he makes his first Sociedad appearance on the weekend, it will be Silva’s first competitive match in Spain since leaving Valencia in 2010.