Post-Euros hangover? What post-Euros hangover? Just 53 days on from their first major tournament final in almost as many years, England showed remarkable signs of both recovery and defiance in Budapest, even if Declan Rice may wake up in the morning with a heavy head.

Rice, who revealed during the summer that he has never tried a pint of beer in his life, was the first to pick up one of the many plastic cups thrown in the direction of Raheem Sterling after he opened the scoring early in the second half, staring down the black-shirted Hungarian fans behind the goal.

He was not the only one to partake. Jack Grealish joined in later after another of the four goals. Altogether, it made a humorous sight and an amusing meme which quickly went viral across social media. Was it wise during a pandemic? Probably not. But in the coming days, it may take on a greater meaning and significance as this squad’s latest show of resistance.

Before the final whistle, reports came through from ITV’s pitchside reporter in Budapest of monkey chants directed at Sterling and unused substitute Jude Bellingham. That followed loud jeers for England’s taking of the knee before kick-off. A flare was also thrown onto the pitch after Harry Maguire scored the third.

If the reports of racial abuse are confirmed, it will be another example of the “discriminatory behaviour” which saw the Hungarian Football Federation handed a three-match stadium ban by Uefa this summer. That sanction did not apply to this game, however, due to World Cup qualifiers coming under Fifa’s jurisdiction. 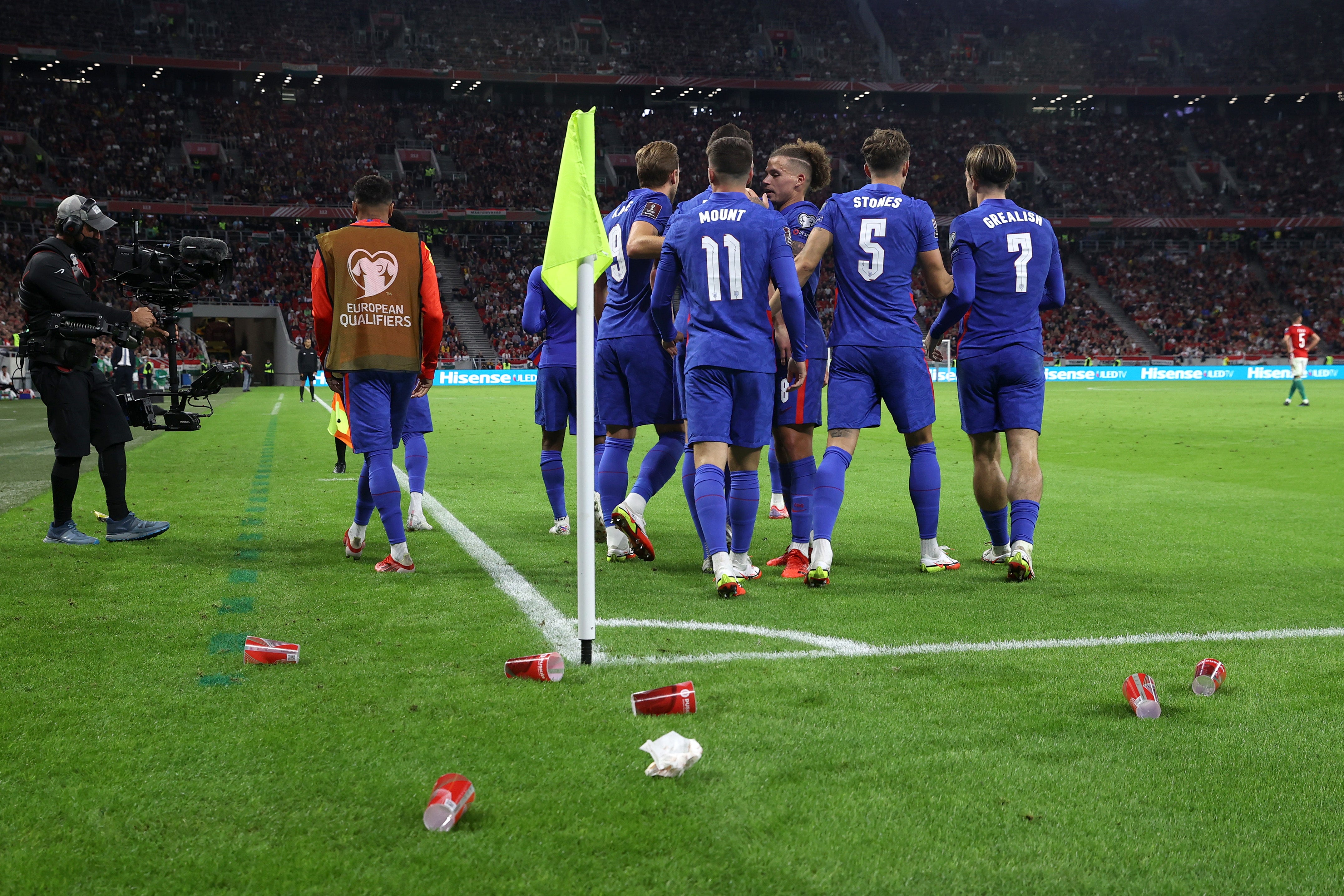 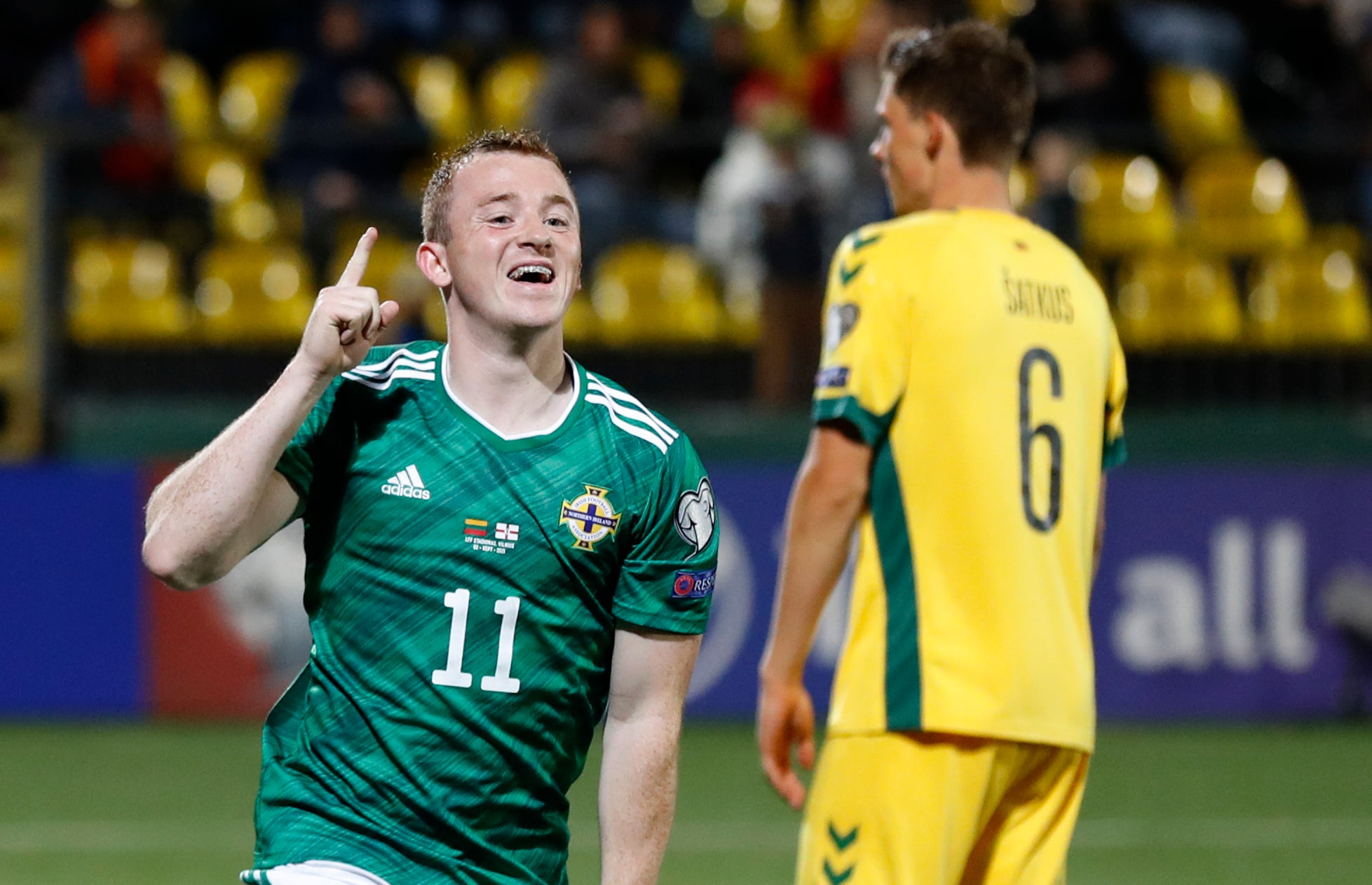 And so, if England wanted to silence the Ferenc Puska Arena, they would have to take matters into their own hands. By the time Rice added the late fourth from range, they had achieved that, he and his team-mates appeared to be laughing and revelling in the face of the hostile home crowd.

Gareth Southgate warned his players of the dangers of “swanning about” during the build-up and revelling too much in their summer escapades, but even he might permit them this moment of jubilant defiance given the circumstances. “We definitely have the mindset of letting the football do the talking and tonight we did that,” said John Stones at full time.

After all, from half time onwards, England had made this look easy when it really should not have been. Hungary had lost once in their previous 14 games, despite their Euros group containing the winners of the three previous major tournaments. In that solitary defeat, to a Cristiano Ronaldo-inspired Portugal, Marco Rossi’s side were only behind for six minutes.

This and next Wednesday’s trip to Poland were always earmarked as this qualifying campaign’s two toughest tests. England have emerged from this first of three September engagements five points clear at the top, having wiped out Group I’s only other unbeaten record. As Harry Kane remarked at full time, they may have one foot in Qatar.

It was not all so easy. If you needed any reminder that the nights are drawing in and one of English football’s most memorable summers is coming to an end, the first half was it. After the dizzying highs and heartbreaking lows of tournament football, this was a return to the familiar dirge and slog of tightly-contested qualifier.

England’s struggles to break through Hungary’s low block subsided after the break, though. Rice – the man of the night, in perhaps more ways than one – started the move which ended with Sterling’s breakthrough and his swig from the discarded cup. Kane added the second from a Sterling cross shortly after to yet more projectiles, before Maguire and Rice rounded off. By the end, England looked like they could play all night.

There were understandable concerns that the summer may have taken too much out of Southgate’s squad, which is relatively unchanged from the tournament run. Other beaten finalists have faltered at this point in the past, and a stutter could have been especially costly midway through a qualifying campaign rather than at its start, but this group of players can look back on an impressive performance and drink it in.