‘Good to be back watching the boys’: Declan Rice watches from the stands as West Ham are held by Fulham in a friendly at Craven Cottage… with the England star enjoying time off following the World Cup

Declan Rice quickly put his World Cup disappointment behind him to attend his side’s mid-season friendly against London rivals Fulham at Craven Cottage on Saturday afternoon.

The majority of England’s World Cup stars returned to training this week, and although some – including Kieran Trippier and Nick Pope for Newcastle – were in action for their clubs in mid-season friendlies, Rice settled for a spot in the stands.

And the Hammers midfielder took to Instagram to share his view of the game with his followers on Saturday afternoon in west London. 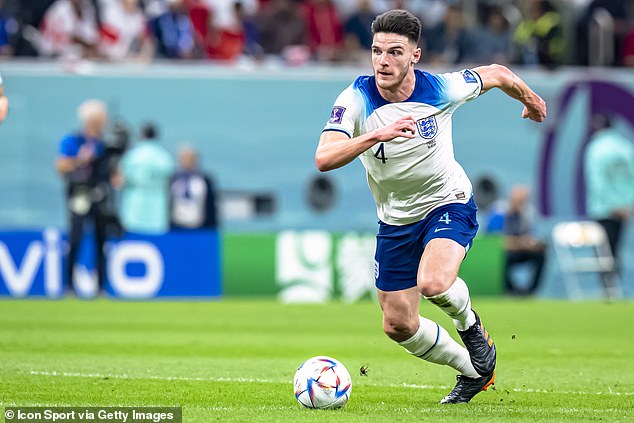 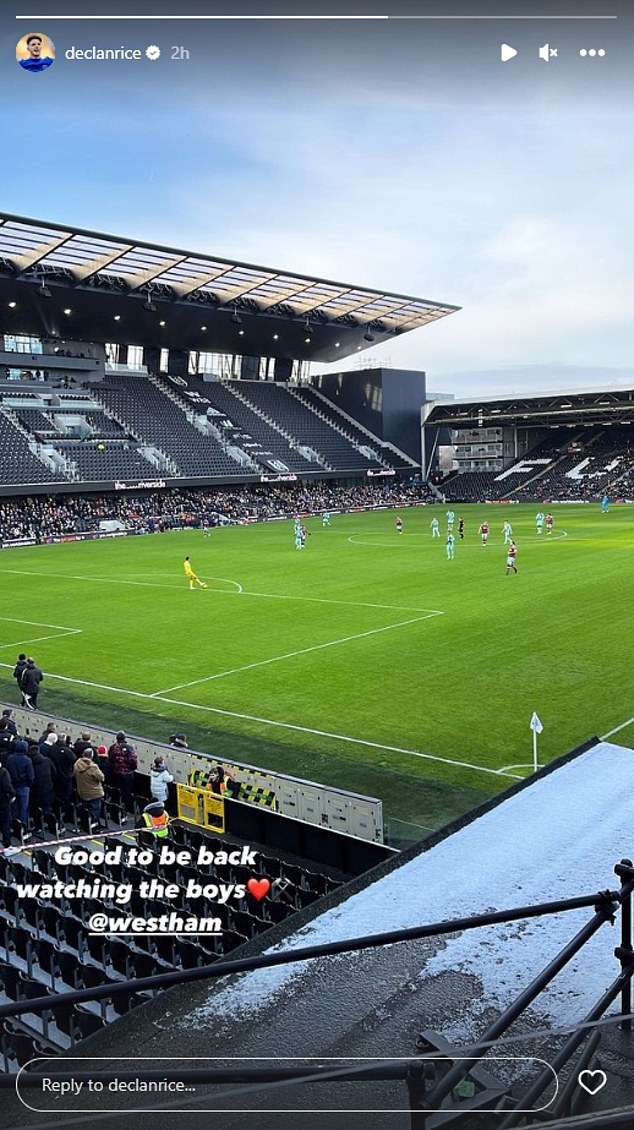 ‘Good to be back watching the boys,’ wrote the 23-year-old on Instagram, to the backdrop of Craven Cottage.

After starting every one of his country’s World Cup games in Qatar, Rice is not expected to return to training until at least December 20.

According to the Evening Standard, West Ham have given each of their stars involved in the World Cup a 10-day break starting from the day they were knocked out of the tournament. 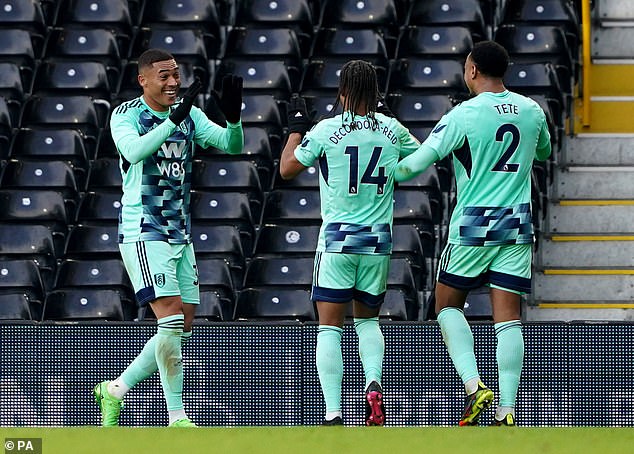 Rice is therefore expected to have one of the longest lay-offs of any player from Gareth Southgate’s squad in Qatar.

Rice has made 15 appearances for the Hammers so far this season in the Premier League, scoring once and providing two further assists.

And his side may perhaps be wishing he was amongst their ranks on Saturday, as they were held to a 1-1 draw by Fulham. 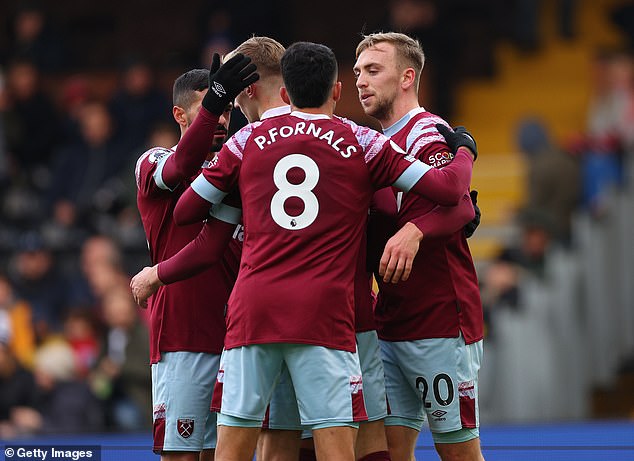 Brazilian striker Carlos Vinicius headed the hosts into the lead just before half-time after a first period that saw them dominate proceedings, going into the interval well worth their lead.

Not long into the second half, Jarrod Bowen managed to draw the visitors level again having come close just moments before, to punish a defensive error from Marco Silva’s side.

But the real blow came in the form of an injury to summer signing Gianluca Scamacca, who was replaced early in the first half after a challenge from ex-Hammer Issa Diop, with Michail Antonio left out with a muscle strain. 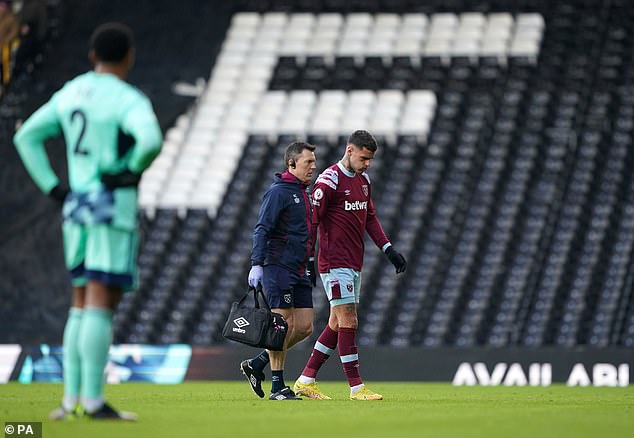