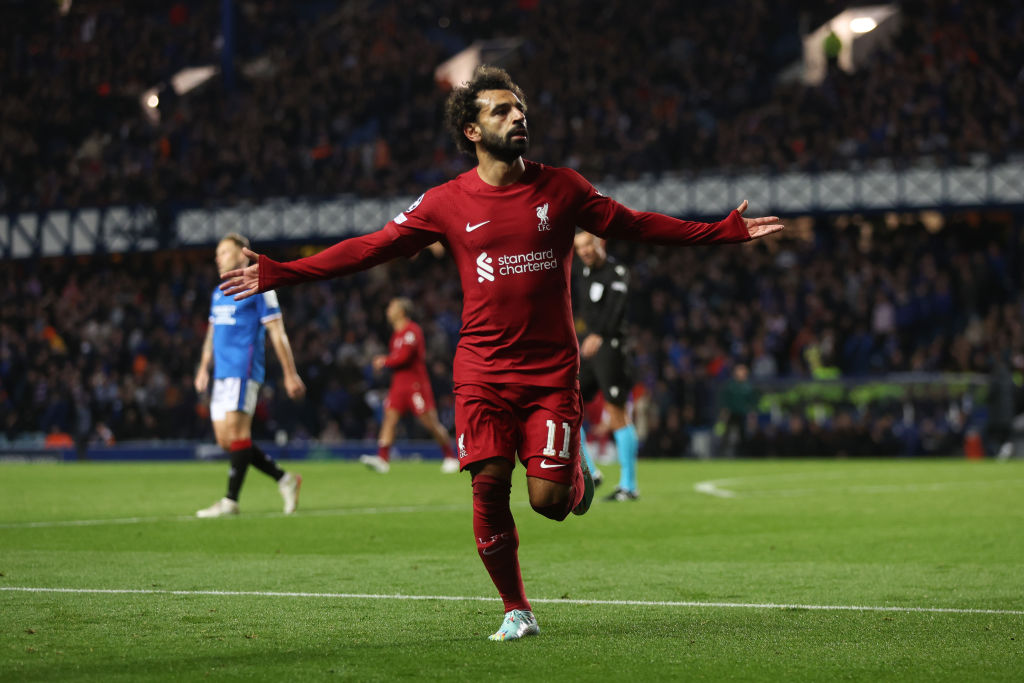 Salah came off the bench to register three goals within the space of six minutes and 12 seconds in a remarkable 7-1 victory for Jurgen Klopp’s side at Ibrox.

Salah now holds the record for most Champions League goals scored for an English club and Lovren feels it will help silence critics of the 30-year-old following Liverpool’s poor start the the 2022-23 season, with the Reds 10th in the top-flight.

‘Haters, just continue. Only the opposite will happen [shushing emoji]. Well done LFC.’

Salah’s team-mate Virgil van Dijk, speaking to BT Sport, added: ‘The spaces will be there [against Rangers].

‘The quality [Salah and Roberto Firmino] have, they showed it again tonight. We need it for the rest of the season of course. Good goals.’

“What we expected definitely happened”

Liverpool boss Klopp, meanwhile, said: ‘We had a really positive half-time talk [at 1-1]. We wanted more in the second half. Clearly, it worked out.

‘Special, particularly Mo [Salah]. Very important how we adapted to the positions, to the line-up.

‘Everyone who started tonight played really well – Fabio [Carvalho] and Harvey [Elliott], really good. It’s the best we could have asked for. I’m really pleased.

15min of playing time, hat trick from @MoSalah ! Haters, just continue. Only the opposite will happen. ð¤«

‘I really think the first half prepared the second half. When we are on it, we can be a really good football team.

‘We built on the good things from the first half, we kept them moving and obviously they had to change the centre-half.

‘The goals we scored were exceptional. it’s a night where things worked out for us. It changes the mood definitely, and that’s good.

‘We all know who is coming on Sunday [Manchester City]. That will be different, but it’s better to go in with the feeling from tonight.’