France boss Didier Deschamps has described Antoine Griezmann as “one of the greatest players of all time”.

Barcelona forward Griezmann, 30, will make his 50th consecutive start for France on Saturday against Hungary in Budapest and his 93rd appearance in total under Deschamps.

“He (will) beat a record, you’re right,” Deschamps told a press conference. 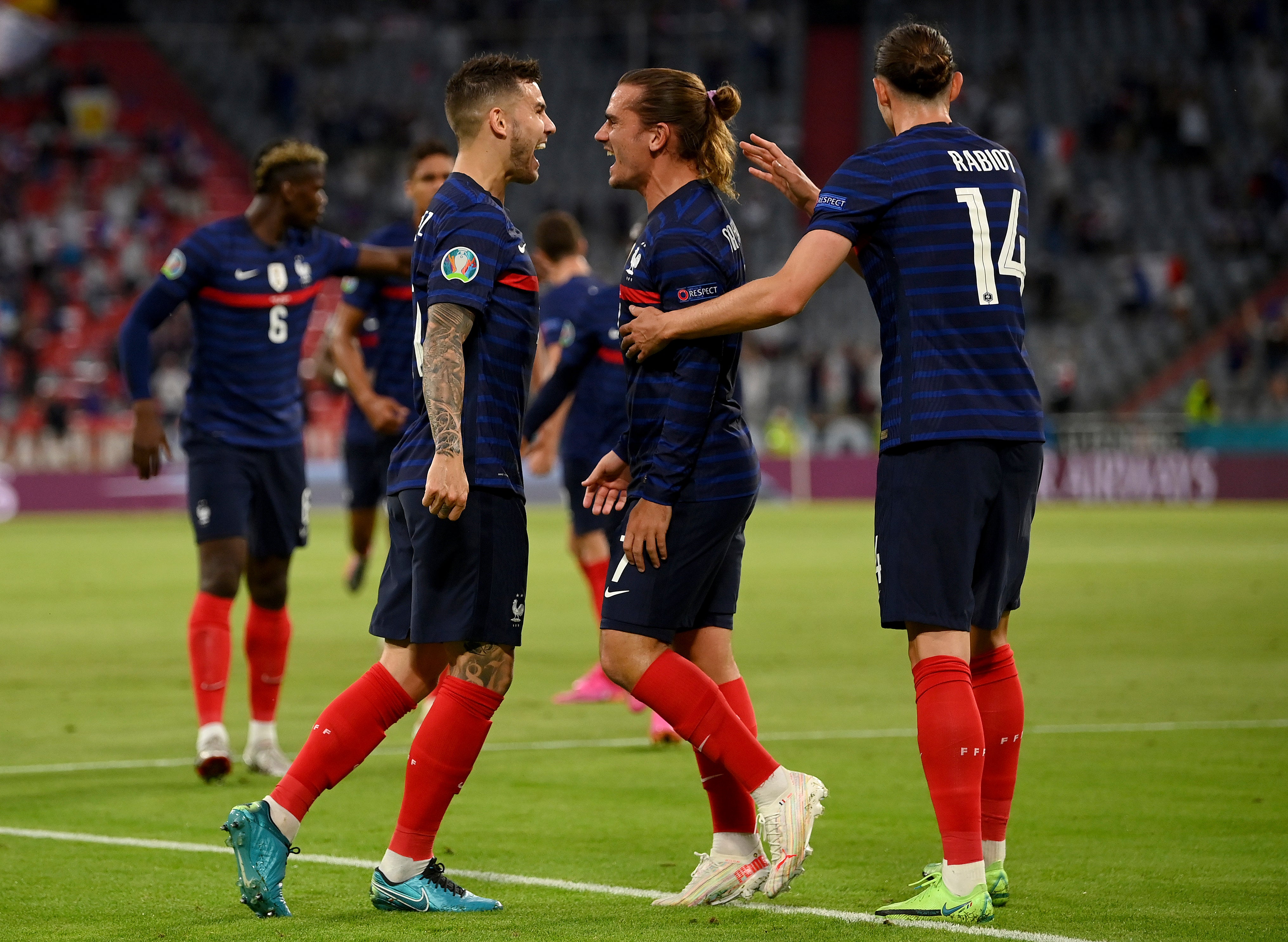 “Above and beyond the fact that he’s playing in consecutive games, and wonderfully so for him, for all his game-volume, he may not be 20 years old anymore, but he takes very good care of himself.

“He’s a professional and he’s managed to avoid the different injuries that he could have had. The statistics speak for themselves.

“You can see the influence that he has for the French national team, through the goals that he scores, through his assists.

“If we then add to that the capacity that he has to change the game, to get stuck in when we need to defend when we don’t have the ball, he’s one of the greatest players of all time, both in Europe and worldwide.”

Les Bleus are bidding to emulate their national team’s achievements of 1998 and 2000 when Deschamps captained them to both World Cup and Euro finals glory.

They will qualify for the round of 16 if they follow up their opening 1-0 Group F win against Germany with another victory.

“That is a possibility for us and that would be the first objective,” Deschamps said. “And then there’ll be a third game, but I go step-by-step.

“The first game of the group stages is always important, but it’s never decisive and now it’s even more important for us to think about our structure, our formation.”

Defender Benjamin Pavard is fit to play despite being briefly knocked out during the win against Germany, while Bayern Munich team-mate Lucas Hernandez has recovered from a knock sustained in training.

Hungary were more than a match for Portugal in their opening group game before conceding three late goals and Deschamps hailed the impact of their Italian coach Marco Rossi.

“I must say I’m surprised that he even knows who I am, let alone rates me, but of course, I’m very pleased about that.

We need to make sure and hope France are off their game, otherwise it will be very difficult

“We’re talking about the coach who has won the World Cup, someone who has won a great deal and will continue to win trophies.

“That creates expectation. We’re well aware of who we’re up against. France are clear favourites to win the competition, even though there are five or six teams at a similar level.”

Rossi added: “We need to produce a perfect performance tomorrow from every perspective. We need to make sure and hope France are off their game, otherwise it will be very difficult.”