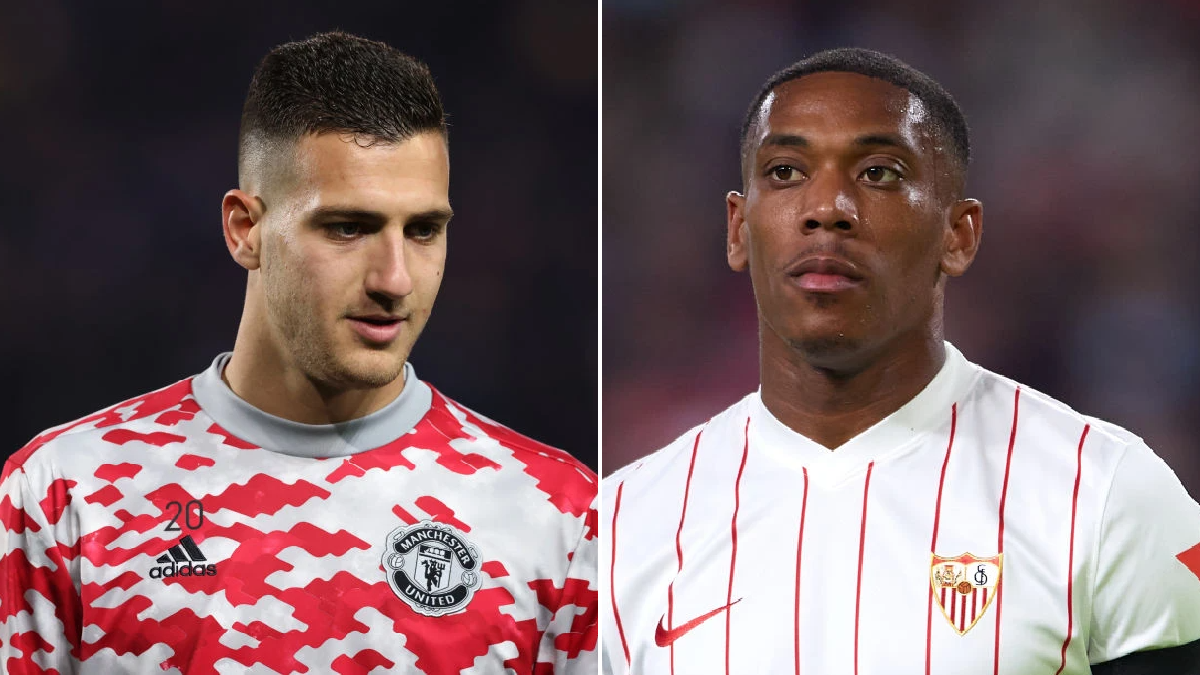 Manchester United defender Diogo Dalot has revealed that loaned-out teammate Anthony Martial is the hardest player he has ever come up against in training.

The Frenchman only started two Premier League matches in the first half of the season, netting once, and was loaned out to Sevilla in the January transfer window having been keen to receive more regular first-team football.

Martial netted his first goal for Sevilla on Thursday night in the Europa League, while he has also bagged an assist in La Liga.

Although the 26-year-old appeared to stagnate in the latter months and even years of his time at Old Trafford, he still made a big impression on his teammates.

Defender Dalot came up against Martial very regularly in training and has now revealed that he ranks the former Monaco man as one of his toughest opponents, causing him more problems than the likes of Cristiano Ronaldo and Bruno Fernandes.

In a Q&A on United’s website, Dalot was asked to name the hardest player he’s ever played against in his career and replied: ‘I’m going to say, in training, Anthony Martial.

‘And playing, I’m going to say probably Lionel Messi when we played him at Barca.’

Dalot has usurped Aaron Wan-Bissaka in the right-back pecking order since interim boss Ralf Rangnick took over at United and has been enjoying working under the German.

Asked how it feels to be getting more game time, and what life is like under Rangnick, Dalot replied: ‘I’ve had the opportunity to say a few times now, the journey here at this club has been a quite good experience for me; learning my timings and getting to know me as a player as well.

‘Now, as I’ve said, I always believed I could be a very good option for this club as a right-back. Like I’ve said, I want to be here for a lot of time, playing lots of games.

‘That was my main goal to be at this club. Now, I’m having the opportunity to play a few more games and it’s been very good for me.