‘I open my bag and I see two left shoes!’ Denzel Dumfries laughs off an embarrassing incident on his first day as an Inter Milan player, as the Dutch fullback also explains his long-term career plan

Denzel Dumfries has revealed a less-than-ideal start to his first training session with Inter Milan, as the Dutch fullback arrived to find he had brought two left boots.

The 26-year-old appears to have recovered from the shaky start, and has hardly missed a game since joining Inter in 2021.

He has also become a regular presence in Louis Van Gaal’s Netherlands side, and could play a key role at the upcoming Qatar World Cup. 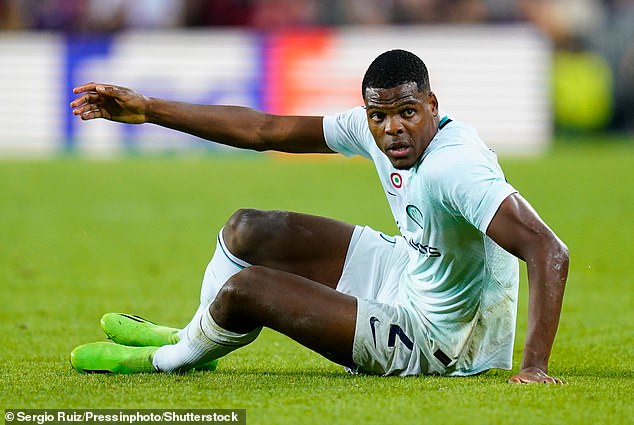 Speaking on the Cor Potcast, Dumfries opened up about his embarrassing start to life in Milan. He said: ‘The first training in Milan was a drama. I’m going to the club from the hotel, and you know me, I’m a real professional.

‘So I come to the club and open my bag and I see two left shoes. I swear, two left shoes really. I think: “Oh my god, this cannot be real.”‘

After the initial shock, the right back settled in to life at the San Siro and was hugely impressed by his teammates, as he explained: ‘Regardless of his age, Edin Dzeko’s finishing is on a different level. How he can put the balls in the corner is really not normal.

‘Alexis Sanchez it was absurd to watch him spin, he was really the best in training.’ 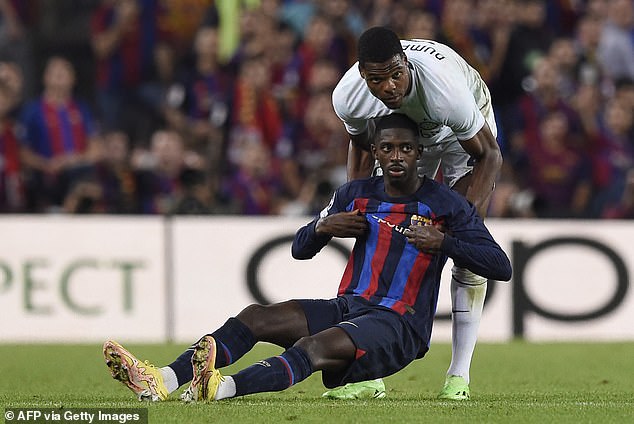 Dumfries also praised Arturo Vidal for his hard tackling and his way of simply ‘being Vidal.’

The Dutchman’s rise from mid-table Eredivisie sides to the top of Serie A has been swift, and he has now revealed that it was all part of a plan. 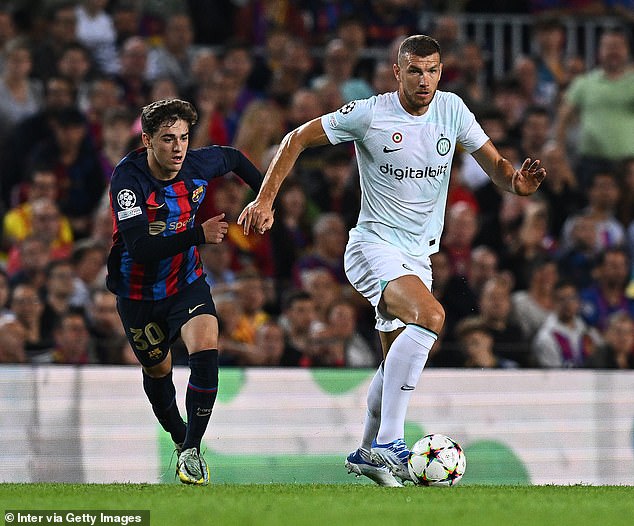 ‘This was still in my period at BVV Barendrecht. After Barendrecht I planned to play at Sparta for one year, and then to go to Feyenoord because it was nearby.’

It was the only part of Dumfries’ plan that didn’t quite come to fruition, as he ended up spending three seasons at Sparta before moving on to Heerenveen, PSV, and eventually Inter.

Despite being one of the leading fullbacks in Serie A, he still frets about not fulfilling part of his early plan.

‘I’m still angry about the fact that I didn’t go to a top club after a year in Sparta,’ he said. ‘I needed a little longer.’