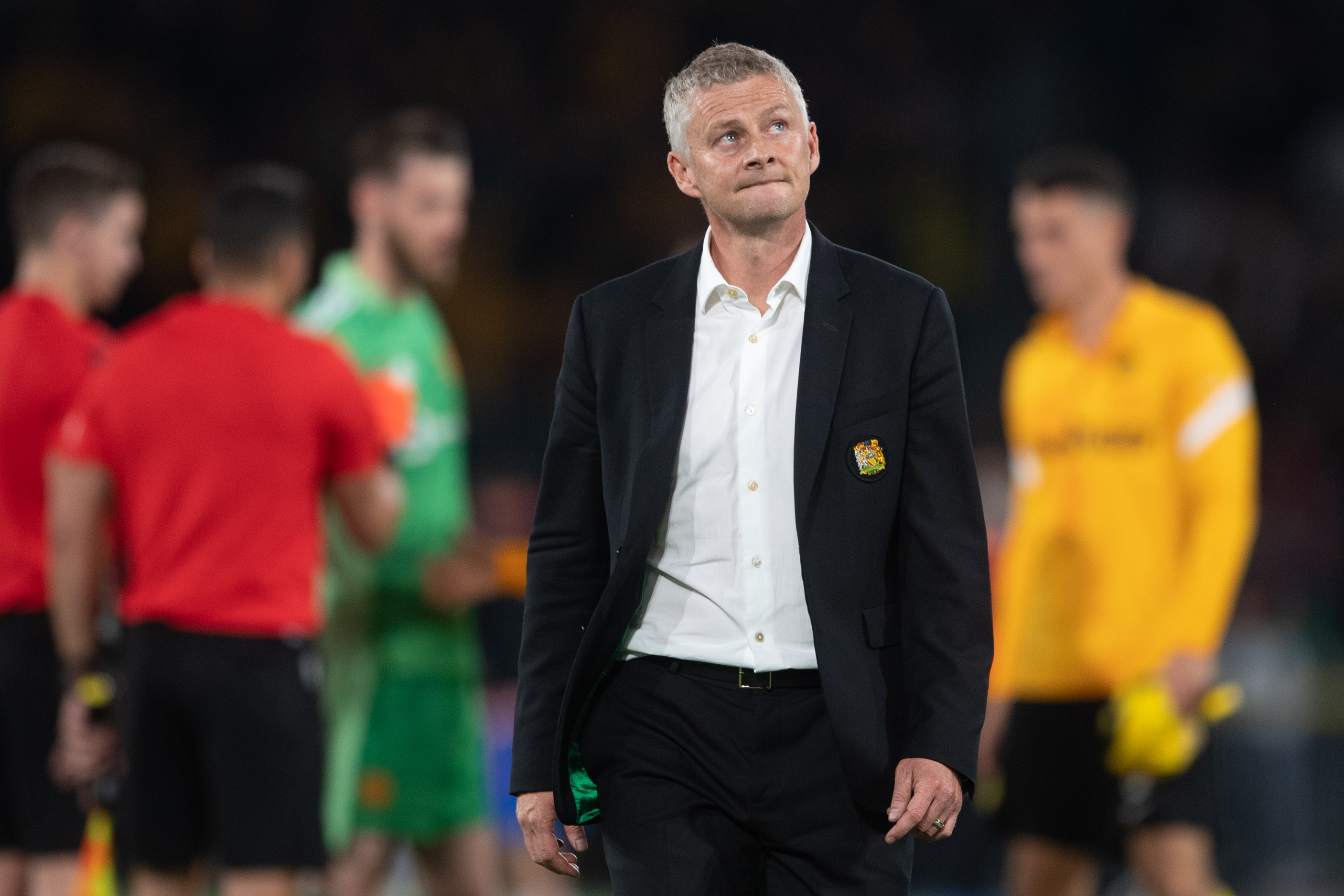 Dwight Yorke admits he’s been left frustrated that through all Manchester United’s attacking talent, they can’t seem to break down teams who sit back.

Ole Gunnar Solskjaer has been criticised for his team selections in recent weeks with the 1-0 defeat against Aston Villa last weekend frustrating some sections of the Old Trafford crowd.

Some argued there was no need to set up with two defensive midfielders in Scott McTominay and Fred at home when the likes of attacking players Jadon Sancho, Edinson Cavani and Anthony Martial are all on the bench.

And Yorke has echoed some of that frustration, suggesting Solskjaer has all the tools needed to deliver counter-attacking football that breaks down defensive teams.

‘I find it frustrating, when you have that sort of talent going forward, that you can’t push teams right back,’ Yorke told the Daily Mail.

‘They should be fearing us more than I think they are ​at the moment.

‘It’s just unbelievable. [Anthony] Martial can come on, [Marcus] Rashford still has to come back into the equation. We are a serious threat, this team going forward.

‘You’ve got Bruno [Fernandes], [Paul] Pogba is included in that. You’ve got Ronaldo. I mean, what more do you really need?

‘Unfortunately, everybody can’t play at the same time. I think we have enough to send shockwaves around the Premier League, and certainly Europe as well.’

Solskjaer made headlines with his team selection in their 1-1 draw with Everton this afternoon after deciding to drop Cristiano Ronaldo to the bench.

His decision to start out-of-form Martial up front looked to have paid off as the Frenchman opened the scoring but Everton responded late on courtesy of Andros Townsend’s strike.