Edinson Cavani will turn down the chance to play in South America next season as he wants to remain in Europe with his eye on Uruguay’s assault on the next World Cup in Qatar in 2022.

According to Goal, Paris Saint-Germain striker Cavani was approached by Brazilian club Flamengo in December but knocked back their offer.

With the 33-year-old’s contract at the Parc des Princes set to expire in the summer, Cavani has been linked with several clubs, including Boca Juniors in Argentina and Spanish giants Atletico Madrid. 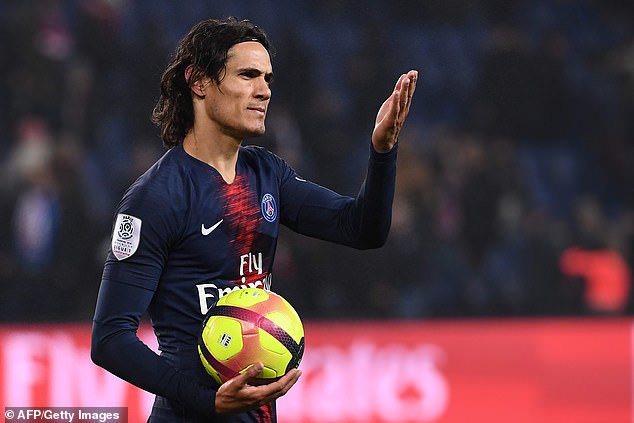 Cavani’s mother Berta Gomez recently stated ‘many clubs’ are interested in signing the Paris Saint-Germain forward, but added, speaking to Ovacion Digital, that his ambition is to move to Spain.

‘Fortunately today, there are many clubs interested in signing Cavani. He still does not know where he will play; he has three months left in Paris,’ she said.

‘We have to think carefully. At the moment, he has no intention of returning to Uruguay, he is planning to continue in Europe and would like to go to Spain.

‘My son is going to have offers, it is unquestionable because he is a proven forward, as he has shown in all these years.

‘But he keeps thinking about being able to go to Atletico because he would like to play under Cholo [Diego Simeone].’ 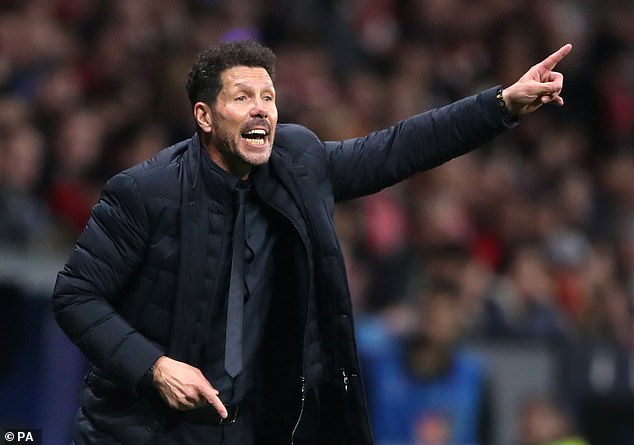 Cavani has made 22 appearances this season, scoring seven goals

Atletico manager Simeone made signing the Uruguayan a priority in January, placing pressure on club officials to snap up the forward but the Spanish giants and PSG have been struggling to find a common valuation.

Their initial offer was £8.5million but they increased this to £12.6m to try to get the deal over the line but it has been reported PSG want more.

Argentine giants Boca Juniors were also said to be in the bidding war for Cavani but couldn’t match the price tag. 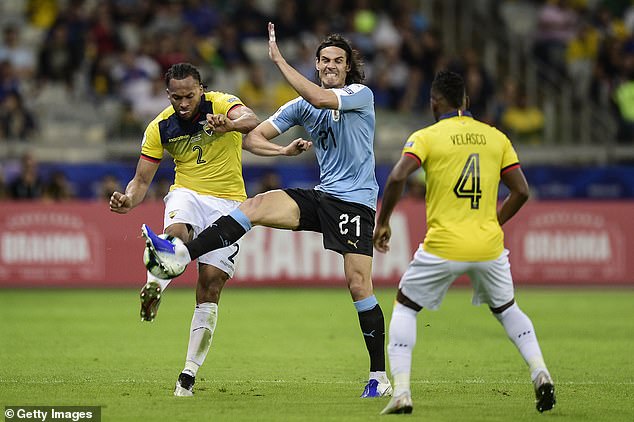 Club president Jorge Amor Ameal said on Radio Splendid, as reported by EFE:  ‘We are proud that a player like Cavani says he wants to wear our shirt, but our economic reality doesn’t match with his.

‘Of course, no one is going to argue that Cavani isn’t a great player, but we have to think more about our existing players and believe in them.’

Prior to the postponement of the current season due to the global coronavirus pandemic, Cavani had made 22 appearances for PSG and scored seven times.

Cavani is PSG’s all-time top scorer, currently sitting on 200 goals after playing 301 games following his £58m move from Napoli in 2013.