The EFL is set to ask the Premier League for the tens of millions it has saved thanks to the promotions of Watford and Norwich City.

Both sides were relegated from the top flight last season and would have been due around £70m in parachute payments had they remained in the Championship.

Indeed, the figure remaining in the Premier League’s bank account could hit north of £100m should Bournemouth – the third relegated side – be promoted via the play-offs. 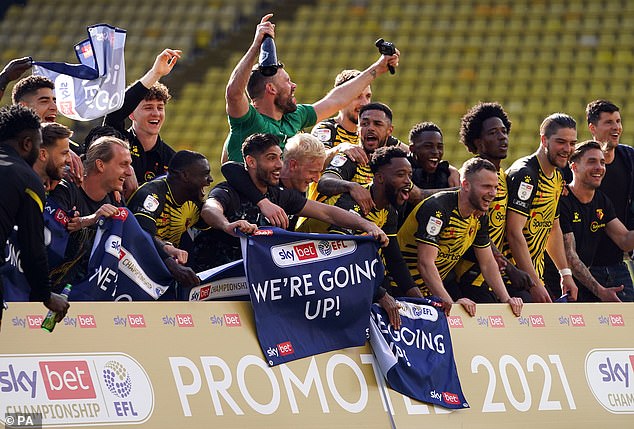 Now, Sportsmail understands that cash-strapped clubs in all three divisions below the top flight have strongly lobbied the EFL. They want the competition to ask the Premier League for the cash they have saved which would then be split among clubs reeling from the effect of the Covid pandemic.

The request is yet to be made, but it is understood that it will form part of the EFL’s ongoing discussions with the Premier League over increased funding. ‘It makes sense,’ one official at a League One club explained. ‘They gave us grants of £30m last year to help us out but that is a drop in the ocean compared with what they are going to save on parachute payments.’

In the first year, clubs relegated from the Premier League get around £40m, dropping to £35m in the second and £15m in the third – although those who were only in the top flight for one season receive only two years’ worth of payments. 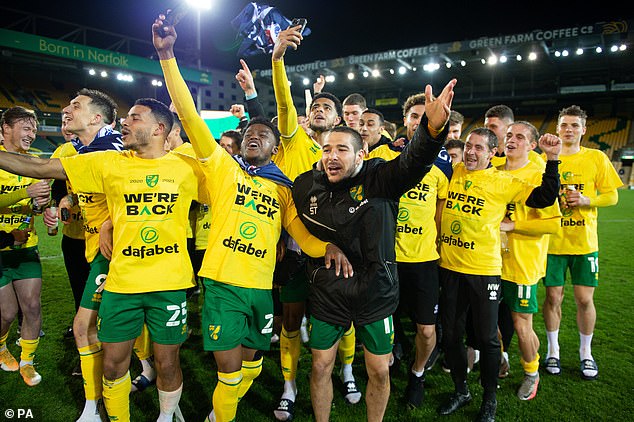 In November, the EFL accepted a £50m rescue package from the Premier League, which included a £30m grant, for clubs in Leagues One and Two. Those in the Championship were given access to £117.5m in loans from a league-secured deal with financial company MetLife Investment Management.

However, the widespread belief is that the above sums do not scratch the surface. The EFL has already called for the abolition of parachute payments and wants 25 per cent of top flight broadcast revenues.

Football finance lecturer Kieran Maguire, who runs the Price of Football podcast, believes that the Premier League should oblige. ‘Ultimately, this is the Premier League’s money,’ he said. ‘’But from a public relations point of view it would be beneficial – especially at the present time – if they were seen to be giving it to those who are more in need.’