Emiliano Martinez believes Jack Grealish is the most talented player he’s ever seen – ahead of Lionel Messi. The former Arsenal goalkeeper aimed a cheeky dig at his former side by claiming Grealish is better than Pierre-Emerick Aubameyang and Mesut Ozil.

Grealish has been on fire so far this season and has continued to stake his claim for a place in England’s European Championships squad.

The midfielder has provided six goals and 12 assists in 21 Premier League games so far this season for Dean Smith’s high-flying Villa.

Grealish was heavily linked with a move to Manchester United last summer, and many believe he is ready to make the leap and play in Europe.

And his team-mate Martinez appears to agree, as he explained the playmaker is the best player he’s ever seen. 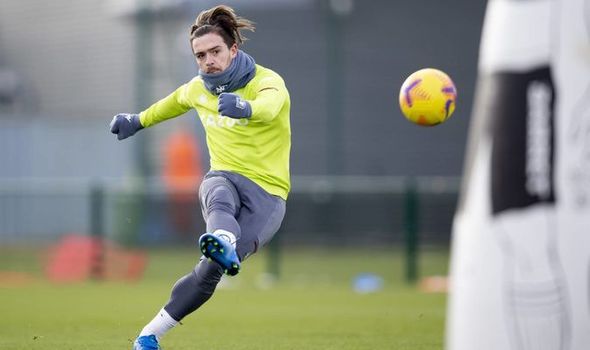 Martinez, who was sold by Arsenal to Villa last summer, couldn’t help but aim a cheeky dig at his old side, however.

Speaking to talkSPORT, he explained that Grealish is more talented than both Aubameyang and Ozil were when he played alongside the pair.

Martinez said: “He’s the most talented player I’ve ever seen, so I’d put him a step ahead of them.”

Martinez didn’t stop there, however, as he explained that Grealish is as good as Messi.

Argentine goalkeeper Martinez played alongside the Barcelona icon with the national side, and believes Grealish is essentially the same player with a better right foot.

“He [Grealish] is the most talented player I’ve ever seen,” Martinez continued.

“He never gives the ball away. When I see Grealish running, it’s always a shot on target or a corner for us. He will drive past two or three players.

“I just see Messi with a right foot when he has the ball. You can’t get the ball off him. 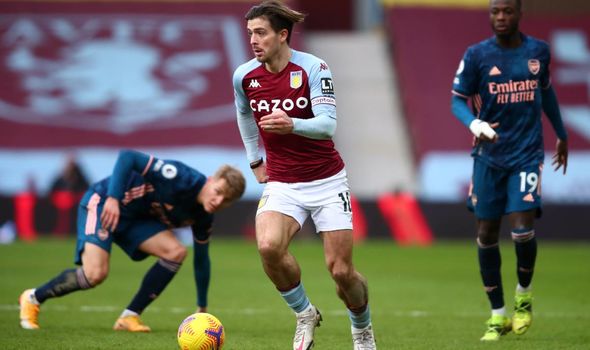 “He’s the most talented English player and I’m surprised he hasn’t played more games for England.

“Messi is Messi, he’s the best ever. But in terms of training, when Jack has the ball, people don’t want to tackle him, they respect him, he can finish, he can chop, he can do everything.

“When I train with Messi for the national team, it’s the same.

“Nobody wants to touch him, he chops people, he treats players like cones. I see that with Jack here.”