Arsenal: Has Arteta found a winning formula for Gunners?

Emiliano Buendia is reportedly ready to push for a move to Arsenal, should the Gunners launch a formal bid. Speculation regarding Arsenal’s interest in the Norwich playmaker has intensified this morning and a January swoop could be on the cards.

The Argentine impressed in the top-flight last season for the Canaries, despite finishing bottom of the table.

Buendia was part of a small school of Norwich players who caught the eye, which also included the likes of Max Aarons, Ben Godfrey, Max Aarons and Jamal Lewis.

The coronavirus pandemic prohibited plenty of clubs from spending as they please earlier this summer and despite interest, Buendia stayed put.

He was an integral part of the Norwich side that soared to the Championship title in 2018/19. 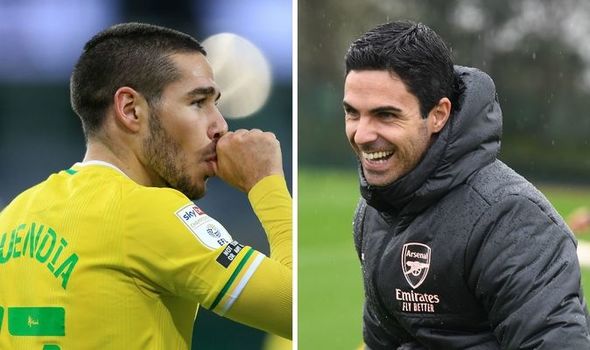 Buendia is just one goal shy of matching his goal tally of eight from that season and has already registered six assists.

His productivity, technical quality and ability to create chances appears to have enchanted the Arsenal hierarchy.

Reports claim the Gunners are sizing up a player-plus-cash offer this month but any deal is likely to hinge on outgoings.

Joe Willock and Reiss Nelson are the two players that Arsenal are potentially willing to offload as part of the deal.

According to CBS Sports, Buendia has decided that he is prepared to try and force through a move to Arsenal.

First though, he needs the Gunners to submit an official offer.

Fabrizio Romano claims that may only arrive once Mikel Arteta has cleared the decks.

The transfer expert believes the Gunners are focused on getting rid of three players this month in the form of Sokratis Papastathopoulos, Mesut Ozil and Sead Kolasinac.

All three are free to leave the club this summer and Kolasnic is closing in on a return to Schalke on loan. 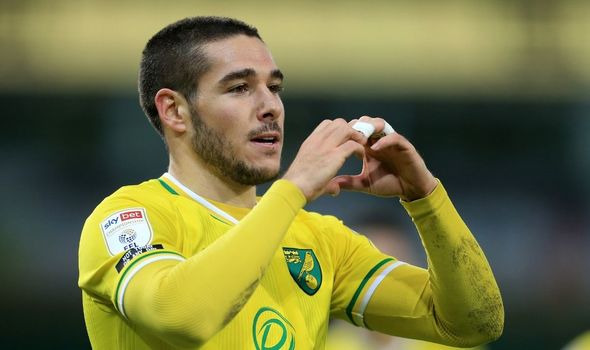 Ozil is set to stick around though until the end of his contract this summer, while Sokratis is being targeted by Olympiakos.

Norwich boss Daniel Farke is adamant Buendia is not for sale: “Emi is a key player for us, an important member of the group, and he is totally committed to us.

“He is our player and will continue to be our player. He is on a long-term contract so we keep him.

“Everyone knows his qualities – I don’t expect interest just because he scored a wonder goal today. People know what he can do.”