This was the closest Gareth Southgate has come to lifting two fingers. After a week dealing with yet more coronavirus issues, thrashing the neighbours and beating the best team officially on the planet, a moment of indiscipline on the pitch from Harry Maguire, one of his senior players had cost him defeat to Denmark.

And all the critics were out. Why pick a player struggling for form at the moment? Why play a back three? Why not attack more? Has he got a blind spot over Harry Kane? And what about Jack Grealish?

Finally, he was asked straight out – are you a cautious manager or risk-taking manager? And it was as if something inside of Southgate finally snapped.

“We gave another two 20-somethings their debuts tonight, alongside Mason Mount, Declan Rice and Kalvin Phillips, who’s had four games in the Premier League,” he said.

JUST IN: Arsenal make Jack Wilshere decision as star looks for next club 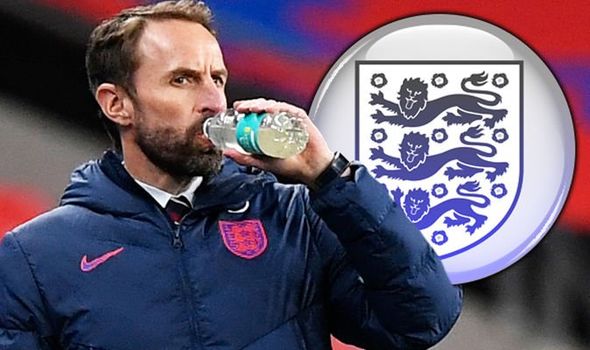 “So I think we’ve been pretty bold in many of our decisions over a long period of time really.

“We’ve blooded any number of young players. I suppose that I would point to that body of work but it’s for others to have that opinion. I’m not really too concerned.”

Southgate’s era has always been management out of necessity rather than luxury.

What he would give to have the headache of squeezing Paul Scholes, David Beckham, Steven Gerrard and Frank Lampard into the same midfield.

With Jordan Henderson struggling for fitness, his best two central players on Wednesday were a 21-year-old from West Ham in Declan Rice and a Leeds born-and-bred player with just four Premier League appearances under his belt.

Adventurous, to Southgate’s mind, is not picking a luxury player such as Grealish, but putting faith in untested talents to shoulder the huge burden of representing the national team of football’s founding fathers.

He has come up with a system to hide the nation’s short-comings – a pool of talent made stagnant by the import of foreign players into the top flight – but it needs a certain type of player to work.

And in fairness to Southgate, his system has been better than anything one you could envisage being built around a particular player. 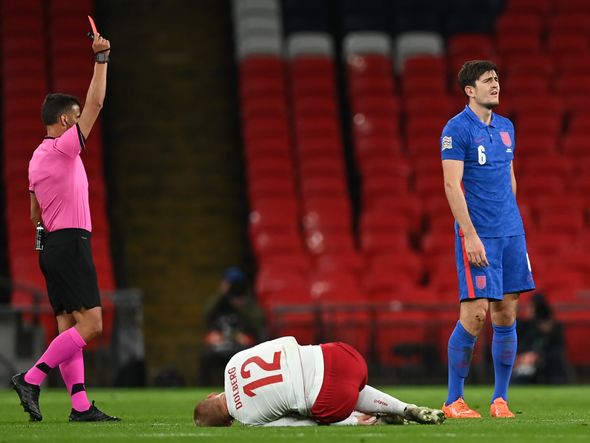 “I leave the camp frustrated that two decisions have cost us the game against Denmark, but in the end I’m so proud of what the players have done and the way they’ve been across the 10 days,” Southgate said.

“They’re a joy to work with. They are growing in resilience. They know how the level of training has to be every day. They know what’s expected of each other.

“They fight and dig in for each other and their performance with 11 and with 10 against Denmark was very mature and, in my opinion, a very high level.”

Given the worst he has done in any competition he has entered so far is reach the semi-finals, it seems odd if we won’t just allow Southgate to prepare for what is essentially a home finals in his own meticulous and carefully thought-out way.