Gareth Southgate has labelled Mason Greenwood and Phil Foden as ‘naive’ after the England duo were caught bringing girls back to the team hotel, breaking strict quarantine rules in the process.

As a result, Foden and Greenwood will not travel with their team-mates to Denmark today after footage emerged of the pair breaking quarantine measures.

Southgate revealed that Greenwood, 18, and Foden, 20, have both apologised for their actions but the England boss has decided they would not travel with the rest of the squad to Copenhagen. 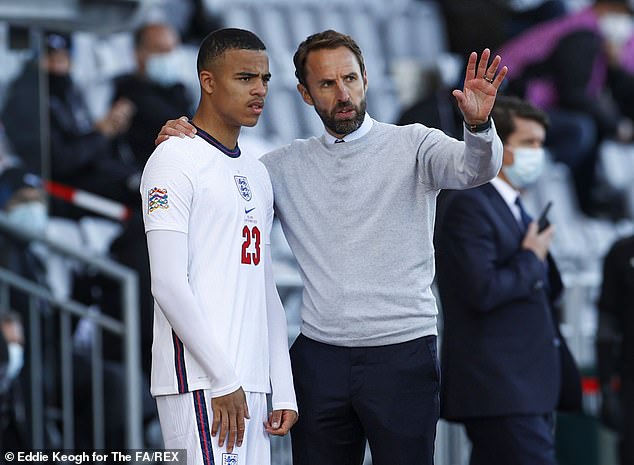 ‘Unfortunately this morning it was brought to my attention that the two boys have broken the COVID guidelines in terms of our secure bubble – had to decide they couldn’t have interaction with the rest of the team,’ Southgate told Sky Sports.

‘Nothing has happened in the areas we occupy in the hotel. We are still getting the depths of the information. Still getting to grips with the detail. We have spent such a long time getting measures in place and the whole squad followed that to the letter.

‘I’m not going into any more details until I’m clear of everything. No-one from outside the hotel has been into the areas we occupy.

‘We are very clear that no other members of our party have been in contact with the two players – couldn’t join us for breakfast or training. It is a very serious situation and we have treated it that way. 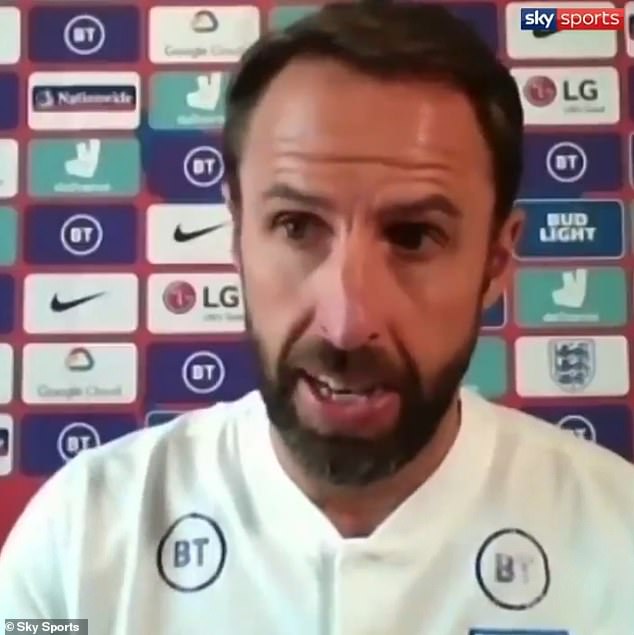 Southgate revealed that Greenwood, 18, and Foden, 20, have both apologised for their actions

‘I think at the moment I’m trying to take a lot of information in. Obviously they have been naive, we have dealt with it appropriately. I recognise their age but the whole world is dealing with this pandemic.

Phil Foden and Mason Greenwood have broken Iceland’s Covid-19 restrictions after inviting girls back to their quarantine hotel in Iceland.

After a spike in local transmissions, the government recently clamped down and brought in further restrictions.

Although the England team are exempt, foreign travellers arriving in the country are being forced to quarantine for 14 days before they are allowed to travel freely in the country.

‘I’m a father with children, young adults, I know people get things wrong. I’m not excusing that in this instance.

‘These are two boys I don’t know particularly well at the moment so can’t speak in great depth. I have got to try and speak with them later in the appropriate way. They have got responsibilities and they have apologised.’

In the short clip, Foden and Greenwood appear to be wearing their new England training wear and the players are now in hot water with management.

The pair were both absent from England training on Monday and it was then confirmed that they would leave the camp and travel home before the team’s second and final match.

Southgate pointed out that both Greenwood and Foden still hold a lot of responsibility for the safety of others during the pandemic and should know what is expected of them.

‘This is a job like no other in terms of the things you have to deal with,’ Southgate continued. ‘In terms of what is expected, the players who have been with us a longer time know exactly what is expected – whenever people have stepped across that line we have dealt with it appropriately.

‘The two boys are going to find themselves in a position where there will be lots of judgement of them from afar. They understand they have got this wrong. Our job is to get on with the game.’ 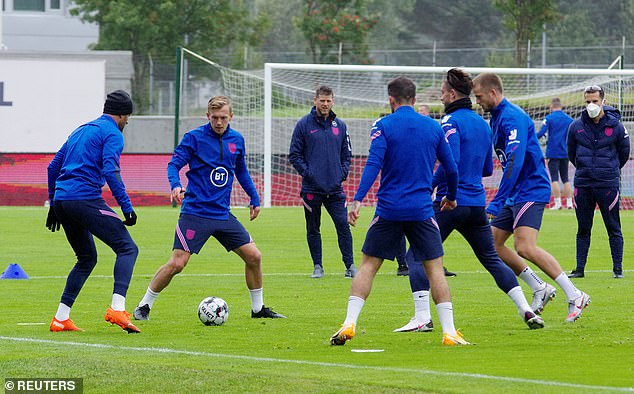 England’s senior stars trained on Monday morning, but Foden and Greenwood were absent 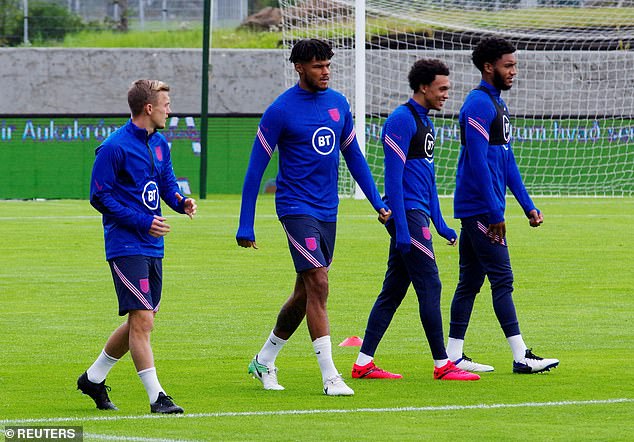 England’s players walk out onto the training pitch, before they travel on to Copenhagen

In an interview with DV, one of the girls in the Snapchat video allegedly filmed in the hotel room said: ‘We had no idea about these [Covid-19] rules, they never said we could not take pictures.’

Another girl claimed to have notified the England stars that the pictures were in circulation with a Snapchat message, but ‘they have not opened it’.

She also claimed to have been in a relationship ‘with one of the boys for a few days’, noting: ‘The only thing I can say is that I had been talking to one of them for a few days. I’m not going to say where.’