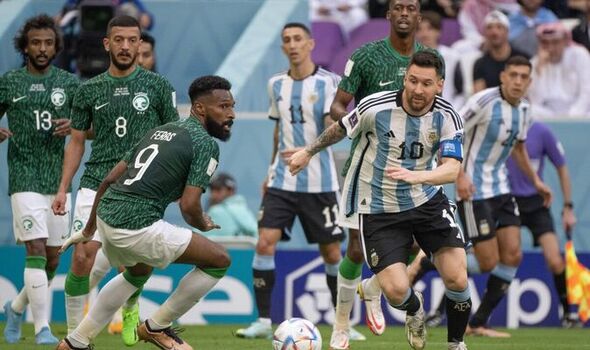 England legend Terry Butcher admits watching Argentina lose to Saudi Arabia does make him feel “just a little bit better” about 1986. Only a little bit, though.

Indeed, the 63-year-old is still so angry about the Hand of God incident that he still cannot bring himself to feel any sympathy for one of the world’s greatest players.

“I know it is Lionel Messi’s final World Cup… but it is such a nice feeling!” Butcher said.

“In a way I feel sorry for him, but there have been some great footballers in the past like George Best and they never won the World Cup in the past.

“It would have been even better if Saudi Arabia had cheated for their winner, but it wasn’t like that. They got through fair and square.

“But it is great to see Argentina struggle – it certainly helped me put 1986 into the past for a while at least. Although I don’t think I’ll ever get there.”

The centre-back in England’s World Cup team is convinced that if Diego Maradona had not punched the ball into the net past Peter Shilton, the Three Lions would have won the World Cup that year instead.

As a result, he has vowed he can never forgive Maradona and still bears a grudge against Argentina 36 years later.

“The Saudi win is one of the biggest shocks in the World Cup and took me back to 1990 when Cameroon beat them in the first game,” Butcher said.

“That was a fiercely competitive match – several nice and illegal tackles flying in! The only disappointment with the Saudi win was that, unlike Cameroon, they didn’t take the chance  to kick them where it hurts, too!”

Cameroon had two players sent off, but that game ultimately carries a note of warning in Butcher’s mind.

Nice if they went out straight away.

“In 1990, they lost the World Cup and still made it to the final,” Butcher said. “It would be great if the tournament was such that they went out straight away.”

“It’s a tremendous feeling to see them struggle but I think they will get through the group stages.”