Home » Soccer » England look to 2021: What we learned about Gareth Southgate's side

As England look to 2021 and the European Championships, we discuss what we’ve learned about Gareth Southgate and his side over the latest international fortnight. 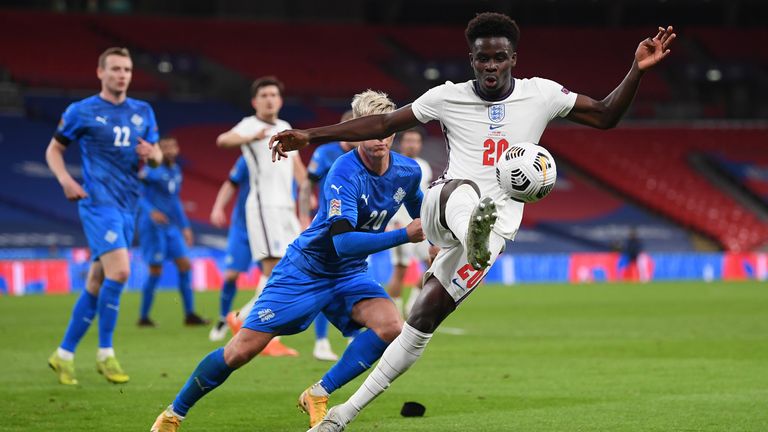 Before the latest round of internationals, left-back looked to be one of few nailed-on positions in Southgate’s XI.

But after impressing in the 3-0 win over Republic of Ireland, and again in the 4-0 win over Iceland, Bukayo Saka has boosted his claims for a starting spot at the Euros.

Saka has a lot in his armour; reliable on the ball, a willingness to move inside and join the midfield if oppositions close down the wings, and of course an attacking mindset.

Southgate said: “To see Bukayo again was a real plus. I think he has really had three excellent performances this week, for someone so young especially. It gives us good balance to have an attack-minded player in that position, it is really helpful.”

Chilwell can hardly blame himself, however. He was subbed off against Belgium with a back spasm, and has looked at home with Chelsea following his £50m move from Leicester.

Against tougher opposition, Chilwell should still be No 1 choice, but Saka is looming, and with no England games until spring, this is a battle that will likely be played away from international duty.

Before the latest round of internationals, it was all Mason Mount this, Jack Grealish that. Who did Southgate prefer? Why couldn’t England fit Grealish into an XI? The two were placed in a metaphorical boxing ring for a fight they never asked for.

This should never have been about Mount vs Grealish, and thanks to the last three games, it’s clear they both fit into Southgate’s side in their effective, and very different, roles.

And Grealish may have even achieved what previously seemed impossible: forcing his way into a front three where Marcus Rashford and Jadon Sancho are your main competitors.

The Aston Villa skipper hadn’t played a competitive minute for England before November – he was man of the match in the friendly win over Wales in October but was benched for both Nations League games with Belgium and Denmark – but thanks to circumstance, he proved he could perform against tough opposition with an electric performance in Belgium on Sunday.

With Raheem Sterling and Rashford out, Grealish took his chance.

Southgate’s fears about Grealish before this month were valid. He wants a team full of running and discipline, towards both goals. Mount definitely provides that, and Grealish can, too.

Grealish himself revealed that Southgate has helped his game, and the manager will be pleased that the 25-year-old has shown character to bide his time and even adapt, given the previous clamour around his non-selection.

“I want to play as much as possible,” Grealish said after the win over Republic of Ireland. “All I have to do is impress the manager as much as I can. Since I’ve been here he’s been brilliant with me, speaking to me on and off the pitch, telling me what he wants me to do, and that’s what I’ve tried to do, so fingers crossed.” In a season where scheduling is tighter than ever, playing nine international games in two-and-a-half months was never going to please Premier League managers.

Now, as they welcome back their stars from around the globe, we’ll be able to get the thoughts of Jose Mourinho, Pep Guardiola, Jurgen Klopp et al on a club vs country battle that seems more fierce than ever.

Mourinho had previously called on international managers to take his players’ busy schedule into account – something Southgate is fully aware of and believes could have been pointed out more privately rather than in press conferences.

It’s safe to say Mourinho doesn’t like the international break. This week he made a sarcastic comment from his Instagram account about player safety, and that was before seeing Harry Kane start in what was essentially a dead-rubber against Iceland.

Southgate is standing up to Premier League managers, and it’s hard to blame him. He is in one of the toughest jobs in football and has limited time each year to test players and tactics. In a non-tournament year, he has around a dozen games and just 45 days to work with his squad, so with four months until their next meet, Southgate must use his players and time effectively.

Grealish played in the majority of all three England games, as did Saka and Mount, so this weekend’s team selections will be interesting, and don’t expect the top-six shouts for the reintroduction of five subs to simmer down any time soon. 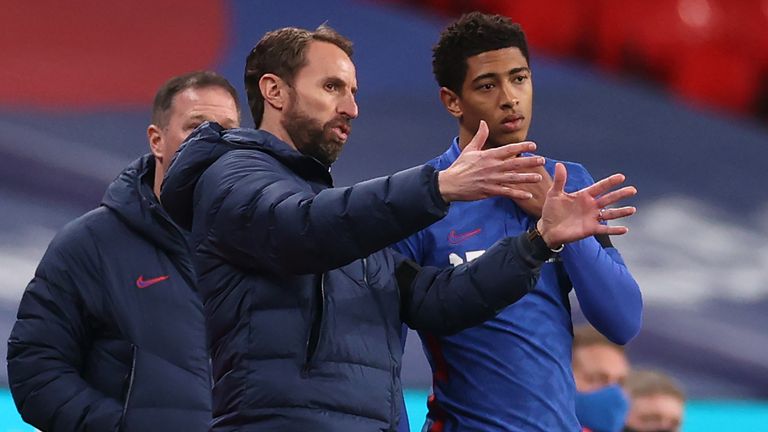 Dean Henderson and Jude Bellingham’s appearances against Republic of Ireland took the tally of England debuts since September up to 12, with Southgate clearly looking to strike the balance between experience and raw talent.

“The reality is that a lot of the squad we’ve had over the last three months are going to peak in three to five years’ time, that’s when they will have a lot of caps, a lot of experience internationally and more club experience,” the England boss said after the win over Iceland.

“We think it’s worth investing the time in them and they are learning a lot from some very good senior professionals.”

For Southgate, that’s 42 debutants in just 49 games, a higher rate of debuts than any England manager since Terry Venables. Attention now turns to next summer’s Euro 2020 tournament and who makes it into Southgate’s best XI.

Our team of writers have picked their strongest England sides, and we asked you to pick yours.

Thousands of you had your say, with Burnley’s Nick Pope getting the No 1 shirt with 43 per cent of the vote ahead of Dean Henderson (33 per cent) and Jordan Pickford (24 per cent).

Ben Chilwell was firmly the choice at left-back with 55 per cent of the vote and Conor Coady just pipped Tyrone Mings for a spot at centre-back alongside Harry Maguire and Joe Gomez. Trent Alexander-Arnold beat off competition from Reece James for the right-back spot.

Jordan Henderson and Declan Rice were chosen in a midfield two, with Mason Mount just missing out, while Jack Grealish was the favoured choice in a front three alongside Raheem Sterling and Harry Kane.

Related posts:
Basketball News:
Dementia in football: Nikki Trueman calls for more support from FA and PFA
Chelsea ‘definitely’ keen on Lionel Messi transfer if Barcelona star leaves for free
Maro Itoje: England defence coach John Mitchell hails ‘destructive’ forward
MLB News:
Two-time All-Star pitcher Charlie Morton signs one-year, $15 million deal with the Braves
Rams inspire confidence with win over Bucs: 'We can be as good as we want to be'
Tom Brady gets away with bizarre double pass thanks to Rams declining penalty
Recent Posts
This website uses cookies to improve your user experience and to provide you with advertisements that are relevant to your interests. By continuing to browse the site you are agreeing to our use of cookies.Ok