Play the game, not the occasion was the instruction from England’s manager Sarina Wiegman. Easy to say, harder to do when the full reality of a home Euros dawns. Beth Mead’s 16th-minute goal gave England the victory they craved from their opening group game as the tournament swung into action at Old Trafford but it was more tense than it might have been.

Having dominated the first half, England went into their shells after the break and had Austria been given a penalty late on after a convincing hand ball shout against captain Leah Williamson it would have been a different story. England will need to be more ruthless in front of goal if they are to go all the way in this tournament but a win is the launchpad they needed.

Their form line going into this tournament has been so impressive that they are many people’s favourites. Unbeaten in their 14 games under Wiegman before Wednesday night, their scalps included the night’s opponents Austria.

So expectation was sky-high at Old Trafford for the home side – an unusual sensation for a game at this stadium in recent times. But the 1-0 victory at the Stadium of Light in November flagged up a tough opening encounter against the Austrians and so it proved even though their opponents are ranked 13 places below England.

MUST READ: Commentator wells up and claims ‘best atmosphere’ at England v Austria 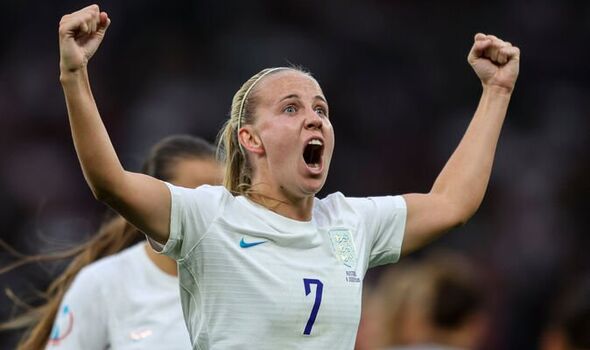 Wiegman sprang a surprise by leaving defender Alex Greenwood on the bench but the defence was hardly overworked in a first half dominated by England. The start was a little frantic but once they settled into their passing game, England stretched Austria to breaking point.

A 1-0 half time lead was the least they deserved for some promising approach play orchestrated by a dominant midfield in which Georgia Stanway and Keira Walsh shone. They also benefited from the outstanding distribution of Mille Bright from the back.

The goal, in the 16th minute, came from Beth Mead with a neat finish, dinking the ball over advancing Arsenal clubmate Manuela Zinsberger in the Austrian goal after a fine ball from Fran Kirby. Defender Carina Wenninger desperately hacked it onto the underside of the bar but the ball had already crossed the line.

Ellen White should have doubled the lead in the 26th minute, flashing her header from Lauren Hemp’s great cross wide of the post. The same pair combined, this time down the right, just before the break but the header from England’s leading goalscorer was just off target again. 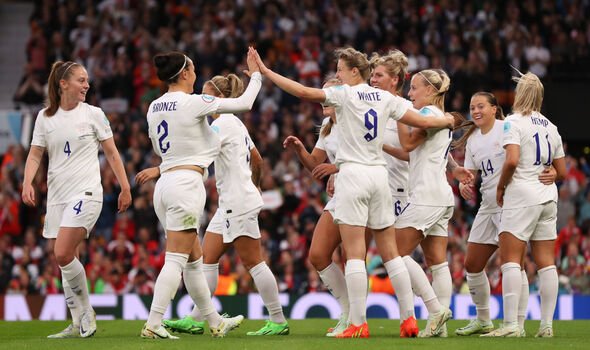 Then, in injury time, Zinsberger denied Hemp from close range after Kirby had put the young winger in. But the second half was a different story as Austria came more and more into the game. England were handed a warning ten minutes into the second half when Katharina Naschenweng went close with a shot on the turn.

That prompted a triple change from Wiegman, the coach who won the last Euros with her native Netherlands, with Kirby, who missed the second half of last season with fatigue issues, one of those to give way along with Mead and White. Alessia Russo, White’s replacement, had a great chance almost immediately when Hemp’s free-kick fell to her unmarked just outside the six-yard box but the Manchester United striker fluffed her lines.

Chloe Kelly, another of the subs, pulled her shot just wide with 15 minutes after a surging run. But it took a fine sprawling save from England goalkeeper Mary Earps to thwart Barbara Dunst. Austria thought their moment had come with the penalty appeal but VAR – fortunately for England – decided in the home side’s favour. England will play better in this tournament – they will need to – but they are up and running.