Gareth Southgate says England will present a “unified” front against discrimination on Thursday, with his players meeting on the eve of the World Cup qualifier against San Marino to discuss whether or not to take the knee.

There has been growing debate around the pre-match anti-racism gesture, with Crystal Palace winger Wilfried Zaha recently becoming the first Premier League player to stand since play resumed last June.

The Three Lions squad were set to meet to discuss whether to continue taking the knee at Thursday’s World Cup qualifier against San Marino.

But Southgate says the England leadership group will instead be speaking to the players on the eve of the Wembley encounter to get their views on how to best stand up to racism and discrimination.

“I have spoken with the leadership team about this last night and I’ve asked them to talk to the other players,” he said when asked if they would take the knee on Thursday. “I think it’s a good process to hear each other’s views, first and foremost. That’s part of how we educate ourselves on all of these issues.

“The one thing we are clear on is that we’ll be unified on whatever we do and if there’s any doubt then I think we would take the knee. I’m hugely respectful of everyone’s individual opinions on that. I still think there is an impact to be had on it.

“But when I listen to Wilfried Zaha’s comments, for example, I thought he spoke really well and I totally understand why he felt that wasn’t enough now and it just seemed to be part of the background.

“Again, complicated. The debate around if we take the knee or not, or if we should walk off the pitch or not, they’re actually slightly peripheral things.

“The core problems are with racism and discrimination – they’re the deeper discussions that need to happen. The protests help put that conversation on the table but of course we’ve got to address the much deeper issues as much as we’ve got to make a symbolic gesture.”

Scotland will stand against racism ahead of their game against Austria on Thursday, while Wales took the knee with Belgium ahead of Wednesday’s qualifier.

There has been a marked increase in sickening racist abuse online in recent months, with England midfielder Jude Bellingham attacked over the weekend.

The 17-year-old posted the replies with a short message which read: “Just another day on social media…”

Southgate said: “Clearly it’s unacceptable for anybody to be receiving the sort of abuse that Jude, in this instance, has but also other players that are playing with us. 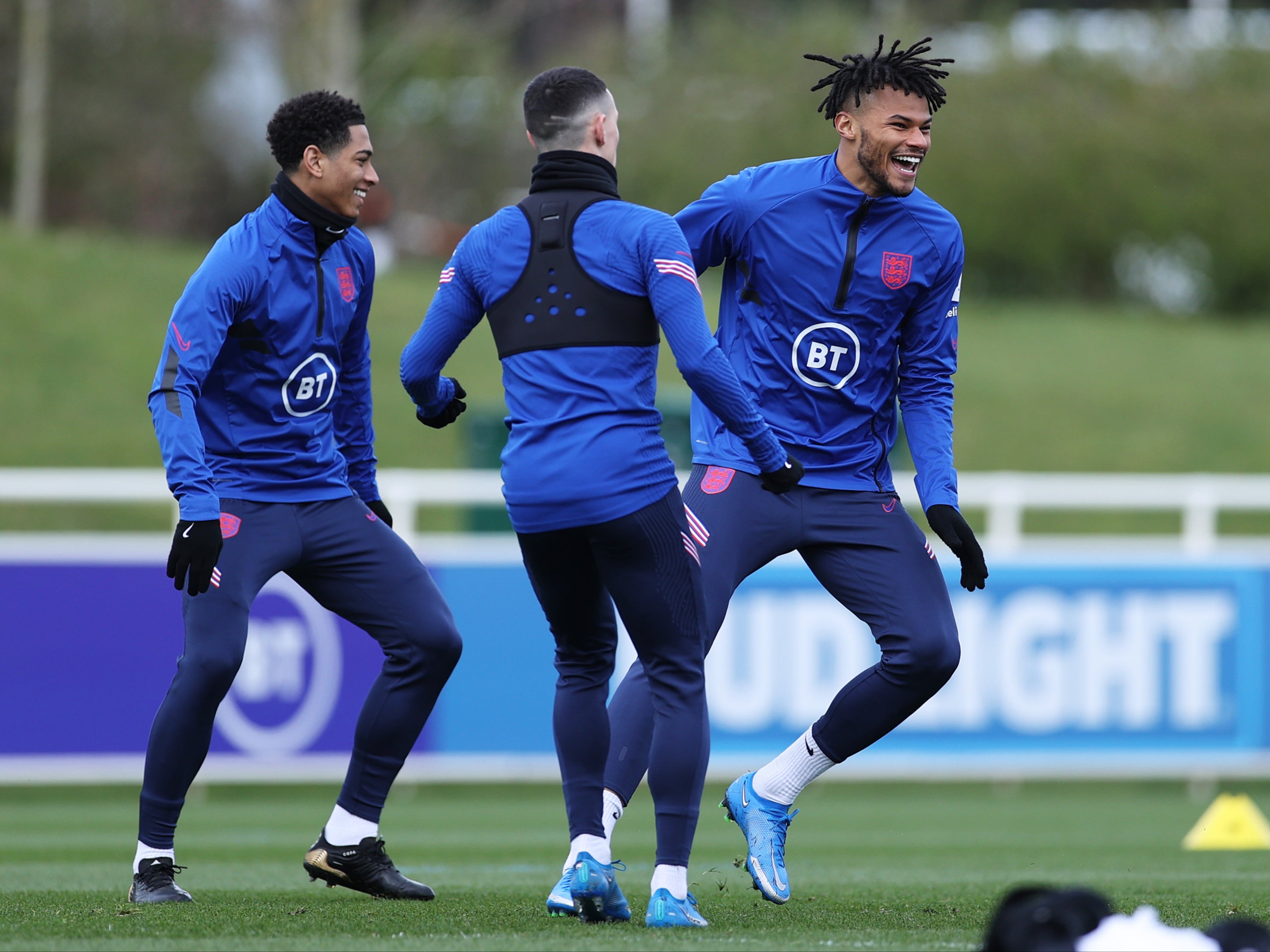 Bellingham was subjected to abuse over the weekend

“It’s a very complex situation in terms of what action the players might take because of course it’s a brilliant tool to communicate with the fans, especially in a time when we can’t interact with the fans in the stadiums, to lose all contact with the fans is not something as a game we want.

“Equally, if that interaction is bringing that sort of negativity into your life and that sort of abuse, then nobody really wants to put up with that. I think we’ve said in the past, and the FA and other football authorities have said, we need stricter legislation around the control of those sites.

“I know that’s also a complex issue because of people in countries where to not have the freedom of speech is a dangerous restriction, so it’s not an easy thing to police because this abuse might not necessarily be coming from people in England it can be worldwide.

“We just have to make a stand on everything in terms of racism to say it’s just not acceptable.”

Asked if it hurt to see his team-mates being subjected to such treatment, Mount said: “Yes of course. Callum and Reece are people I have grown up with from a very young age and it is not acceptable to have that kind of abuse happen.

“We love football but it doesn’t go past that. It is difficult to see and as I said I have grown up with boys.

“They are like family to me to see that happen really hurts. It is not acceptable nad shouldn’t continue any longer.”