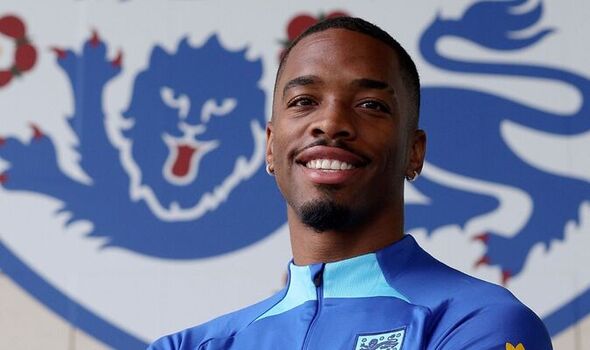 Ivan Toney has revealed he rejected the chance to represent Jamaica at international level just before Euro 2020 – because he felt his prospects of playing for England were growing stronger and stronger. The Brentford frontman, who is not short of confidence both on and off the field, has detailed the extent of his own self-belief and determination that has proven to be an admirable driving force on his way to Three Lions recognition from Gareth Southgate.

Toney was playing League One football just over two years ago in 2020 before he completed his £10million transfer – including add-ons – to Brentford from Peterborough.

Posh are now set to earn another payday should the 26-year-old receive his first international cap during upcoming Nations League matches with Italy and Germany.

The 26-year-old, who has not represented England at youth level, has five Premier League goals and two assists in seven outings this season – form that has reportedly placed the likes of Manchester United and Chelsea on red alert.

Now Toney has outlined the reasons behind his decision to reject Jamaica in May 2021 – just before he helped the Bees achieve promotion to the Premier League. 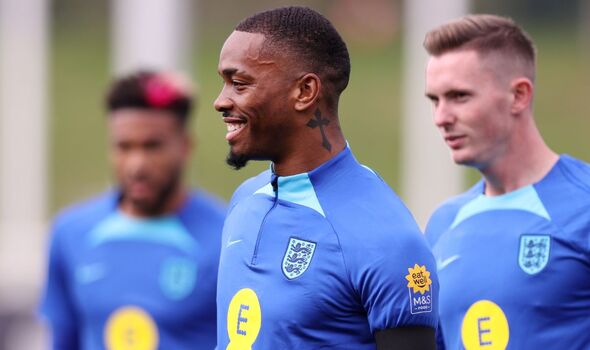 The striker, who qualifies for the Reggae Boyz

via his family heritage, told media at St George’s Park: “At the time I was focusing on the play-offs and it was a big chapter in my career. I wanted to focus on getting promoted to the Premier League that was the main thing at first and it kind of fizzled out.

“I was excited to play in the Premier League which is every bodies dream but then I felt like my chances were getting bigger and bigger to play for the England senior squad.”

With Dominic Calvert-Lewin and Callum Wilson still battling injuries, plus Ollie Watkins and Danny Ings struggling for consistency – Toney has emerged as an unlikely favourite to provide support for Harry Kane at the World Cup, alongside Tammy Abraham.

Toney is also confident that he can elevate his game to the next level when playing alongside additional quality.

He added: “It’s a privilege to play with big names, I’ve got to take it in my stride and hopefully I’ll get some more playing time with them.

“This is my opportunity now, I’ve got to take it with both hands.

“I’m excited and confident. I’m very hungry, I’ve been working for this moment and I’m not going to let it go by me so I will take it with both hands and make the most of it.

“I feel like I have full confidence in myself. I’ve just got to keep working hard and it makes it that much sweeter when I do get the chance.

“As you said, I’ve never played for any of the other age groups so I’m straight into the senior squad which is a big achievement. I’ve never doubted myself.”

Toney’s penalty-taking ability is among the best in world football, having only ever missed one spot-kick.

He has netted a remarkable 18 of 18 penalties for the Bees – an unusual quality that could stand him in great stead when the time comes for Southgate to name his squad.

When quizzed on who will be taking penalties, Toney paid tribute to his fellow forward Kane, responding: “Listen he’s done it on a bigger stage, so I’ll say Harry Kane.”