A refereeing first, captain Trippier and Kane on the bench for England’s World Cup qualifier in Andorra

England face Andorra in the Estadi Nacional on Saturday evening looking to move one step closer to sealing qualification for the 2022 World Cup.

Having taken 16 points from a possible 18 so far in Group I, the Three Lions are in control of their own destiny and will be looking to replicate the 4-0 win over Andorra at Wembley last month.

Here, we take a look at some of the main talking points ahead of the match.

Trip of a lifetime

Kieran Trippier will captain England in front of fans for the first time after it was confirmed he will lead out the Three Lions.The Atletico Madrid defender wore the armband in a friendly win over Wales at Wembley last year in a game played behind closed doors due to the coronavirus pandemic.Now though, the 31-year-old will once again lead his country on his 35th cap: “I’m speechless, really, to captain my country and lead the boys out. You know obviously something I’ll never ever forget,” he said. 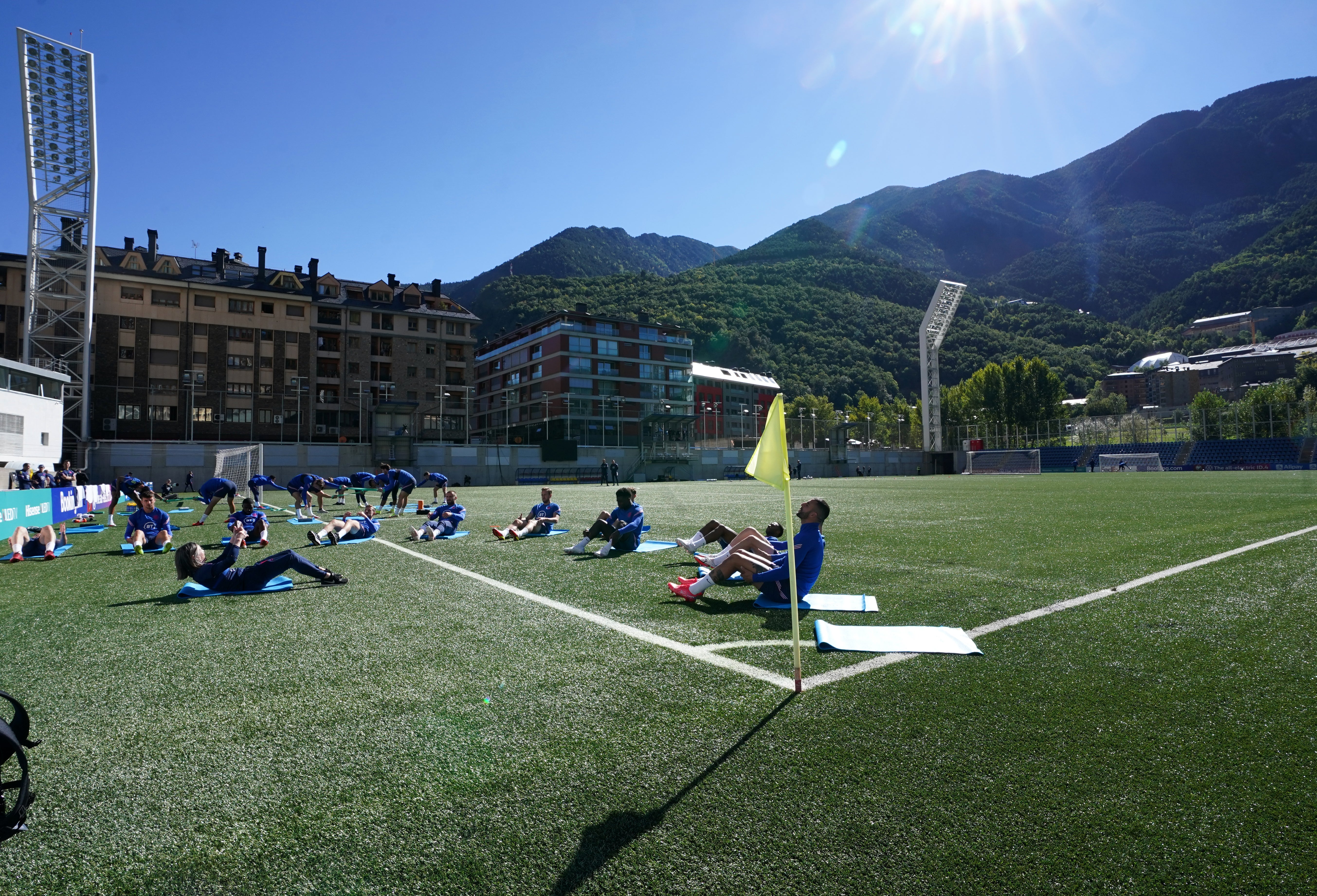 The plastic pitch in Andorra will be of concern to Gareth Southgate and his players, although training on the surface on Friday afternoon will have helped to understand the differences to a grass pitch.“We have to adapt, the game can be slightly different. We have got to make sure we play as much as our normal game as we can,” the England boss said.There were plenty of complaints when Wales won 2-1 at the same venue in a Euro 2016 qualifier but the surface has been updated since Gareth Bale labelled it “by far the worst pitch” he had played on.

With Trippier captaining the national side, regular skipper Harry Kane will be on the bench when England kick off in the heart of the Pyrenees.The Tottenham striker is yet to hit a Premier League goal this season but scored three in three during the last international break.Those goals take him onto 41 for England, three shy of recently-deceased Jimmy Greaves, who sits fourth of the all-time list with 44 but Kane may now have to wait to add to his tally.

An England match will be refereed by a woman for the first time when Kateryna Monzul takes charge of Saturday’s game.Monzul will officiate the match at the Estadi Nacional, with UEFA’s official website confirming her fellow Ukrainians Maryna Striletska and Svitlana Grushko as assistant referees.France’s Stephanie Frappart will be the VAR – with Monzul having previously refereed Nations League, Europa Conference League and Ukrainian Premier League matches as well as the 2015 Women’s World Cup final.

Closing in on Qatar

Victory in Andorra will leave England on the cusp of qualification for the 2022 World Cup as Group I winners.If they can then follow up with a win over Hungary at Wembley three days later it will all but seal their place.Southgate’s men could even be assured of a World Cup spot if other results go their way over the coming days.