England were held to a draw by Hungary on an underwhelming night at Wembley.

Roland Sallai kept his cool to convert an early penalty after Luke Shaw had been adjudged to have committed a foul when making a clearance with a high boot. John Stones equalised soon after at a set-piece, but despite England’s pressure in the second half they could not find a way through a well-organised Hungarian side.

The result leaves England top of the table with two games remaining, but now only three points clear of their nearest rivals Poland.

Here is how the England players rated:

Jordan Pickford, 6: Very little to do for the goalkeeper beyond a well-struck penalty which he didn’t get near.

Kyle Walker, 6: Adjusted well to centre-back when England switched to a back three in the second half.

John Stones, 7: Reacted well to take his goal and almost got another with a towering header.

Tyrone Mings, 6: A quiet night without much to do defensively.

Luke Shaw, 5: A bit reckless in giving away a penalty with a high swing of his boot while an opponent was close by. Delivered some dangerous crosses from the left going forwards. 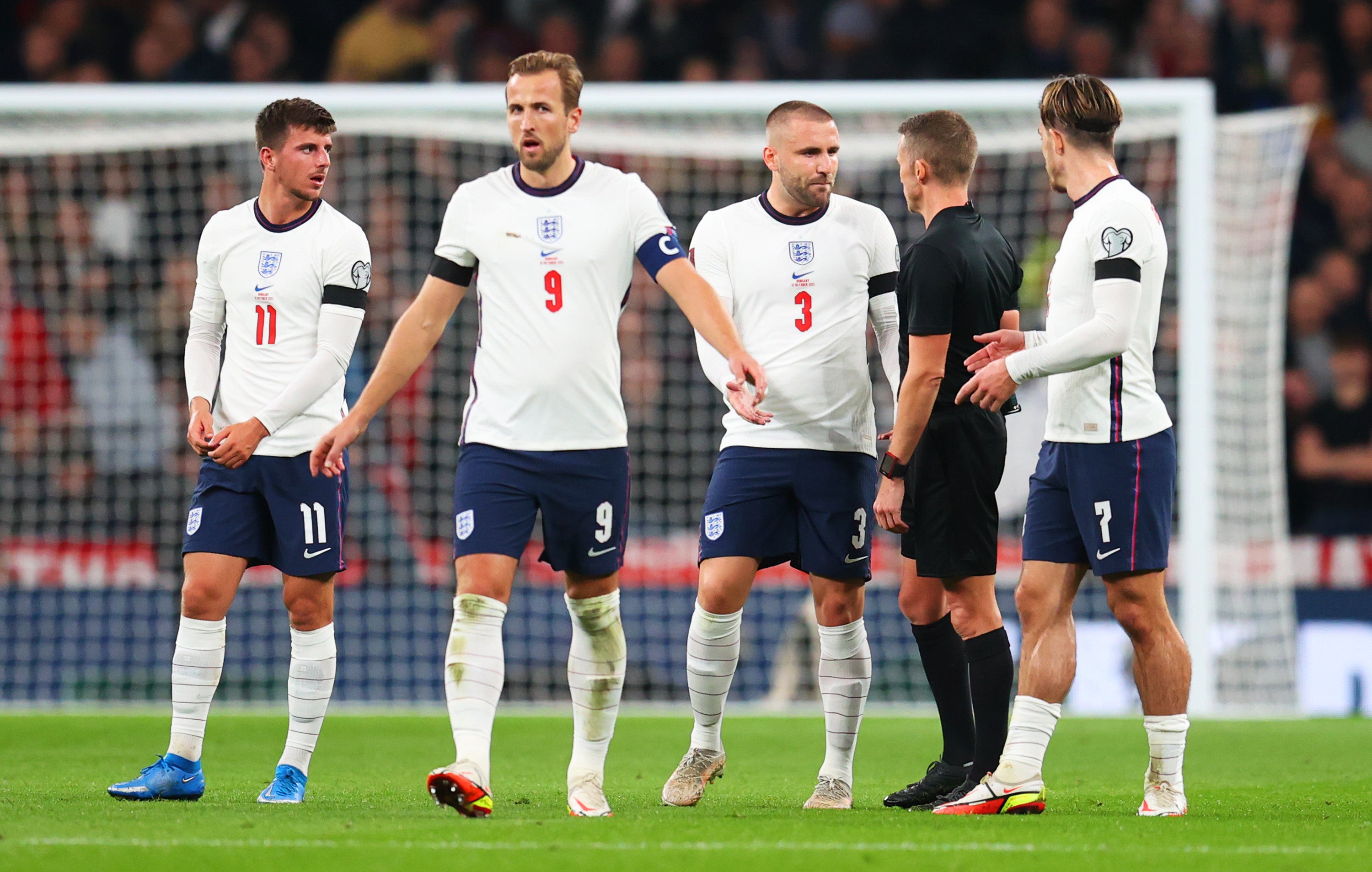 Declan Rice, 6: Typically tidy and industrious on a tough night without his midfield sidekick Kalvin Phillips.

Mason Mount, 6: Some good runs in behind without having a major influence in the game.

Jack Grealish, 7: Won the free-kick which led to England’s equaliser in typical Grealish fashion, and looked the most threatening of a subdued midfield cast. Surprisingly replaced on the hour.

Raheem Sterling, 6: Some sharp dribbling caused problems down Hungary’s left side, but squandered one of the best chances of the night when through on goal.

Harry Kane, 4: A comical dive during the first half should have earned a yellow card. Some heavy touches revealed a player short of form, and miscued shot moments before being substituted summed up his evening.