Bristol City forward Ebony Salmon has earned her first England Women call-up and has been added to Hege Riise’s squad for the friendly against Northern Ireland later this month.

Salmon, 20, has represented the Lionesses at U19 level and captained the squad that finished fourth at the UEFA Women’s U17 Championship in 2018.

She will join the rest of the 21-player squad at St George’s Park on February 18, ahead of a friendly against Northern Ireland on February 23.

Reflecting on Salmon’s addition to the squad, Riise said “Ebony is a player who we have monitored closely for her club and through our development teams and is a young talented player who we think will benefit from exposure to the senior environment.

“She has been performing consistently at club level, showing great speed and scoring goals so we are excited to welcome her on camp next week.”

Riise has named four other uncapped players in her first squad since taking charge after Phil Neville’s departure to Inter Miami.

Ella Toone – who has scored six goals for Manchester United in the WSL this season – was named alongside Sandy MacIver, Hannah Hampton and Lotte Wubben-Moy. All four featured in England training camps in September, October and November last year. 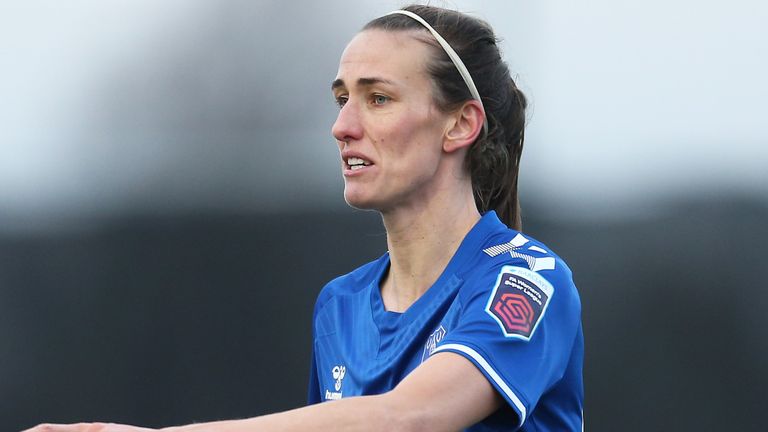 Steph Houghton, Lucy Bronze, Ellen White form the experienced core of the squad, combining with Jill Scott, who is in line to make her 150th international appearance.

Nikita Parris is not included as she is currently in lockdown with French club Lyon, and there is no place for Atletico Madrid’s Toni Duggan.

Riise will be on the Women’s Football Show this Friday to discuss her first squad announcement and her plans for the Great Britain Olympic team.

Watch the Women’s Football Show this Friday from 6pm on Sky Sports Football.