Eric Bailly has welcomed Manchester United’s pursuit of a new centre-back in the summer transfer window but has warned he could leave if he is not handed regular game time. Bailly has struggled with injuries recently, but signed a new long-term contract last month to commit his future to Ole Gunnar Solskjaer’s side.

The Ivory Coast has generally been the third-choice centre-back, behind Harry Maguire and Victor Lindelof, but is likely to feature in Wednesday’s Europa League final with Maguire hindered by an ankle injury.

Bailly has started three of United’s last four games without their captain, but has still made just 20 appearances this season – two more than Axel Tuanzebe.

United are prioritising the signing of a new central defender this summer, with Real Madrid’s Raphael Varane reportedly top of Solskjaer’s wishlist.

If signed, the France international would surely start alongside Maguire in the first-choice pairing next season, meaning Bailly looks likely to face a fight for a place in the side.

“Competition is always good to improve,” Bailly told The Times.

“I just say that I want to stay in case I get the chance to play. I don’t want to be a starter one game and a substitute for another five. 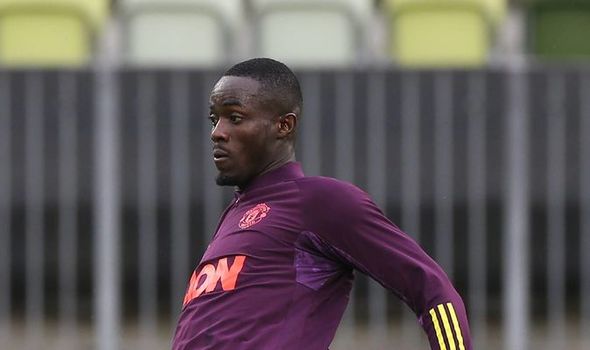 “If that happens I will have to look for another solution.

“The new contract is fine but if I don’t play I will be open to listen to other proposals.”

United have also been linked with the likes of Sevilla’s Jules Kounde, Villarreal’s Pau Torres and Leicester City’s Wesley Fofana in recent weeks.

However, Varane is thought to be their first-choice target, with Real Madrid reportedly willing to sell the 27-year-old for around £40million as he enters the final year of his contract.

United surprised some by offering Bailly a new contract until June 2024 last month.

The 27-year-old joined the club in 2016 from Villarreal but has never held down a starting place for a long period of time.

Bailly says that he had an encouraging conversation with Solskjaer before signing to make sure they were on the same page.

“I spoke to him and he told me he wanted me to stay,” said Bailly.

“The most important thing was not the renewal but the conversation we had: we sat down, we talked and he told me what he wanted from me and that he wanted me to continue.”

United face Bailly’s former club Villarreal in the Europa League final in the Polish city of Gdansk this evening.

Maguire is not expected to be fit enough to start, despite being named in Gareth Southgate’s initial 33-man England squad for this summer’s European Championships.

Bailly will therefore compete with Lindelof and Tuanzebe for a starting berth in the 8pm kick-off.