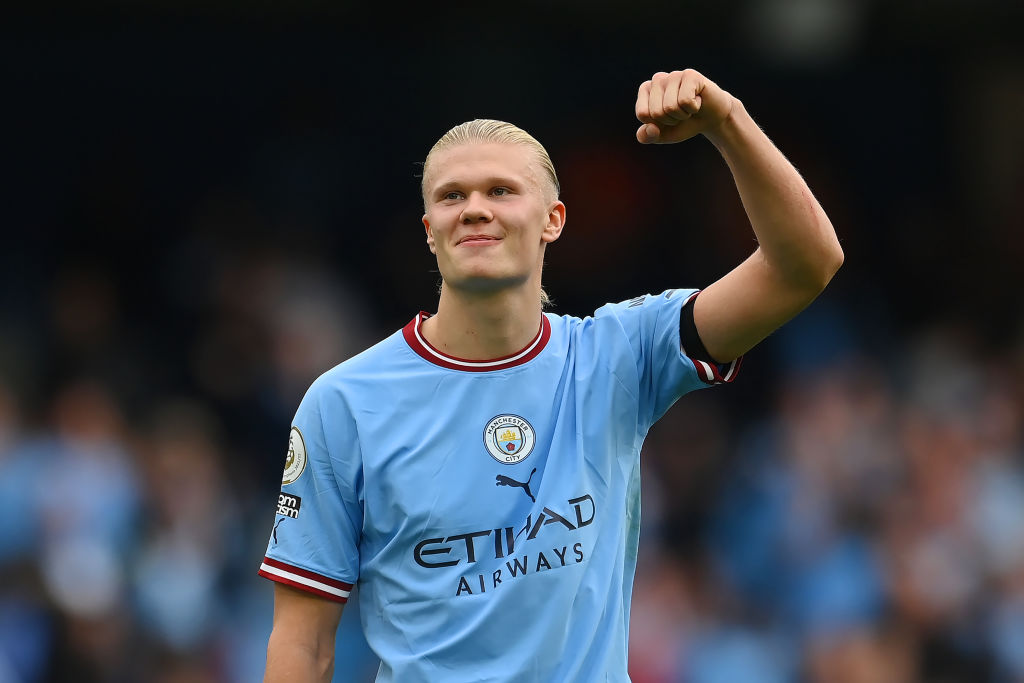 Erling Haaland’s agent was coy on whether he has a release clause in his contract or not, refusing to confirm or deny reports that an agreement is in his Manchester City deal.

Haaland arrived at the Etihad from Borussia Dortmund over the summer, with the Premier League champions triggering a £51m release clause, although the deal will rise to around £85m.

The Athletic have reported that there is a clause in the Norwegian’s current contract worth €200million (£175.5m) which comes into play in 2024, but decreases as his deal comes to an end in 2027.

The player’s agent, Rafaela Pimenta, was asked about reports on her client by Spanish publication Marca, saying: ‘He deserves it. It’s a very nice thing, but I hope there aren’t too many.

‘I understand the attention, the curiosity that arouses. It’s the novelty. A boy who is starting at this level. Curiosity is normal, but I hope that with Erling, when there are no things to say, they don’t make them up. This is something that is happening. They look for the easy click. There is exaggerated news.

‘Haaland must be protected from this situation because he is a very young boy who still has to grow up.’

Asked whether the reports on his release clause are accurate, Pimenta was strangely cryptic.

Haaland will enjoy a break during the World Cup as Norway failed to qualify for Qatar, returning to Manchester City action after Christmas having scored 23 goals in his first 18 games for the club.