British sport’s governing bodies have backed the government’s certification programme which could allow a full return of fans at stadiums without social distancing requirements from June 21.

An open letter from sports bodies, including the FA, Premier League, and the Rugby Football Union read: “All of our sports can see the benefit that a COVID certification process offers in getting more fans safely back to their sport as quickly as possible.”

The certificate would show if a person had been vaccinated, had a recent negative test or natural immunity from a positive test taken in the last six months.

“We’ve always felt that having a Covid certification embedded within a health passport, of some sort, would be a way in which fans can get back into stadiums as safely as possible,” Avi Lasarow, chief executive of Prenetics, told Sky Sports News.

“Within the Premier League, the ECB, and a number of other sporting clients, we’ve been running the health passport certification scheme for some time, which allows safe access.

“Health passports can be done at scale to allow tens of thousands of supporters back into a stadium. It’s going to be a combination of getting tests done and using those tests into a common framework standard. It could be a government-backed initiative, it could be a private-backed initiative, or it could be combined. We think it would be great if companies like ourselves could contribute to getting fans back into stadiums.

“Michael Gove has recently closed a review in terms of health passporting. A decision should be made relatively soon as to who’s going to be providing the solution. Is it going to be a government-only initiative, for example through the NHS app? Or is it something that private companies, like Prenetics, could support? 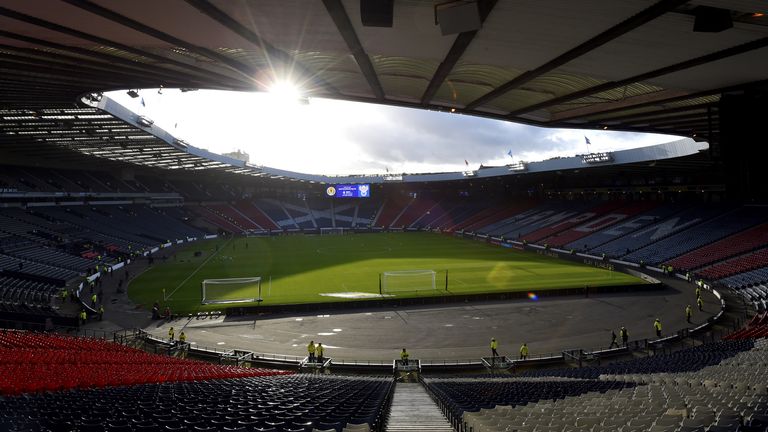 “What everybody is waiting for is the government to make a decision and give some direction on what that is going to look like. As a company, we are very well positioned to deliver that successfully.”

Lasarow says he is “hopeful” more than 22,000 supporters (25 per cent capacity) will be able to attend the semi-finals and final of this summer’s European Championship at Wembley.

The FA has been given more time by UEFA to submit their proposals after they agreed a minimum capacity on April 7.

“As a company we have to remain hopeful that the government’s great job of vaccines, accelerating us all getting back within this roadmap, to a sense of normality, we’re hopeful that would be the case,” he explained.

“To do that, it’s going to need a combination of successful health passporting, regular testing, if that’s still required… and all those things that we’ve become accustomed to, in order to participate in a very safe manner.

“I think we’ve always said that mass testing is an industrial-scale problem. What needs to happen is testing would take place regularly at what we call points of intersection; it could be the school, the university, or at home. What needs to happen is, wherever you do your test, that information should come into a common framework, a common health passport, to give you access. All these different components are starting to come together.”

Who has made it to Euro 2020 and how will the tournament work?

Coronavirus has put Euro 2020 back a year to 2021, but 24 sides will still play across 12 host cities in a festival of football.

The top two teams from each of the 10 groups qualified for Euro 2020 and the four remaining positions were settled in the play-offs, with Scotland beating Serbia in a penalty shootout to join England and Wales at the tournament.

Here is the confirmed schedule so far.

The 16th UEFA European Championship runs from June 11 to July 11, 2021, and to celebrate the tournament’s 60th birthday, 12 cities across the continent have been selected as hosts. The 12 cities and stadiums are:

Rome’s Stadio Olimpico will host the opening match on June 11, while England’s national stadium Wembley will stage both semi-finals and the final.