All you need to know as Spain take on Sweden, Poland and Slovakia in Euro 2020 Group E; Wide-ranging guide including fixtures, squads, and players to watch 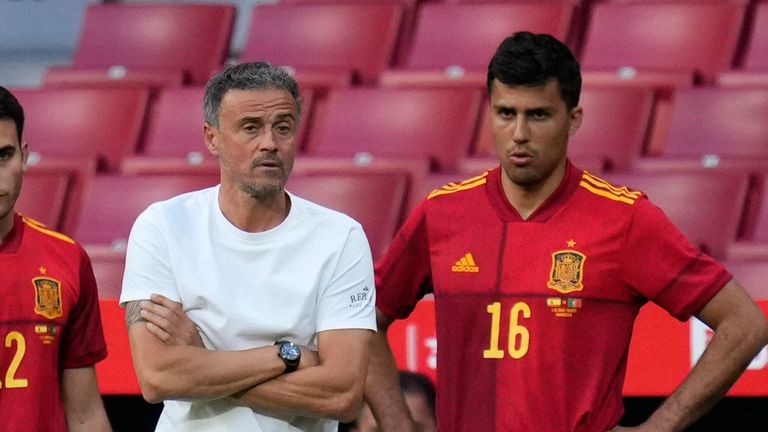 A comprehensive look at Euro 2020 Group E with Spain, Sweden, Poland and Slovakia looking to book their place in the knockout stages of the tournament. 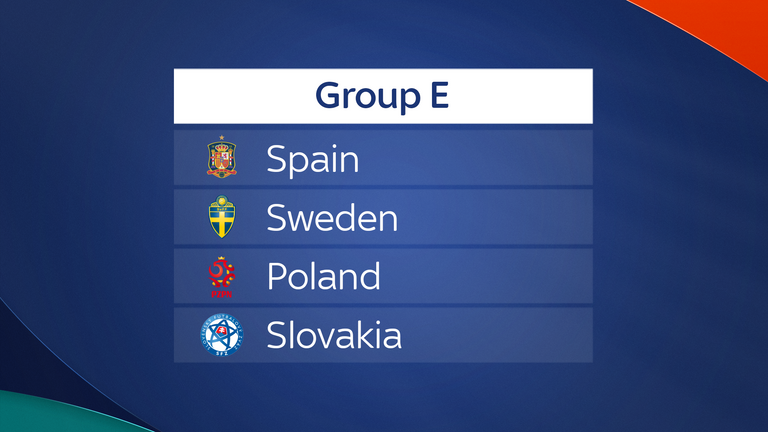 Luis Enrique – first taking over the national team following the debacle at the 2018 World Cup, Luis Enrique has not shied away from rejuvenating the squad with little-known players in their early 20s. He even left veteran Sergio Ramos off his squad.

“There have been some young players who have surprised us,” he said in the run-up to the tournament. “We still have the potential to grow a lot more. I don’t know what will happen, yet I don’t deny that we are favourites (in the group), but not because of what we have done, but rather for the achievements of those who came before us. I am not afraid of this challenge.”

The former Barcelona boss has experimented in practically every position all year, so new faces will be expected.

“Tiki-taka” is over, and Luis Enrique is ready to move on. Since winning back-to-back European Championships with the 2010 World Cup title in between, Spain have been a flop at major tournaments as the team’s ageing veterans lost their lustre.

All three of Spain’s group matches will be played in front of some home fans in Seville, but as the supporters there will surely know, Spain are capable of both big wins and big disappointments.

They thrashed Germany 6-0 in the Nations League in November, but also drew 1-1 with Greece at home in World Cup qualifying in March. Spain qualified for this tournament in a group alongside Sweden in 2019, finishing top of their group with eight wins from 10, conceding just five goals. 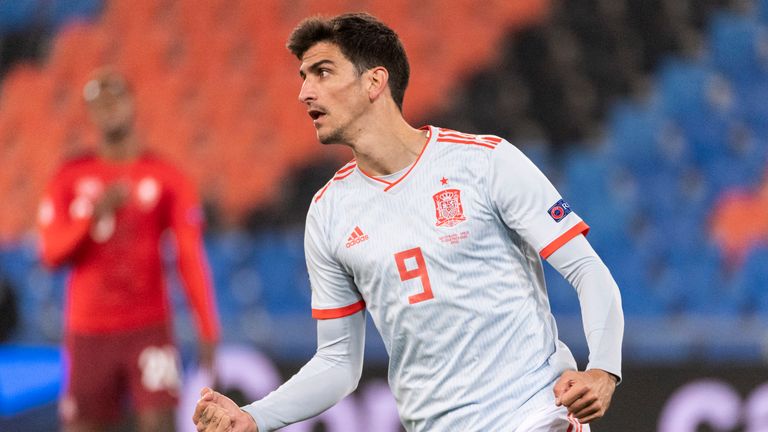 Gerard Moreno – The 29-year-old scored 30 goals for Villarreal and helped them win the Europa League this season, but even at his age, Moreno is still untested in a major competition. The same doubt goes for Mikel Oyarzabal, who helped Real Sociedad win the postponed 2020 Copa del Rey title in April. Barcelona wonderkid Ansu Fati is injured.

Alvaro Morata has 19 goals in 39 appearances for Spain, but the Juventus striker has never excelled at a major tournament. Janne Andersson – since taking over after Euro 2016, Janne Andersson has won 50 per cent of his games in charge, making the quarter-finals of the 2018 World Cup, their first appearance at that stage in 12 years.

“We have been playing against some of the best teams in the world this past year,” he said late in May.

“Spain, France, Croatia and Portugal. I think we have played good games and learned a lot from this experience. We know that we have to perform at the top level. Hopefully, we can use what we have learned to be a better and sharper team in the upcoming Euros.”

Sweden’s support were just starting to dream a little bigger ahead of the Euros after Zlatan Ibrahimovic ended his five-year international retirement in March.

A knee injury will keep the 39-year-old out of the tournament, meaning coach Janne Andersson must revert to type, and the entertainment factor for neutrals drops down a notch. However, it may be a blessing in disguise for Sweden. Their form and togetherness without Ibrahimovic was noticeable, and Sweden remain in a good place heading into the tournament. 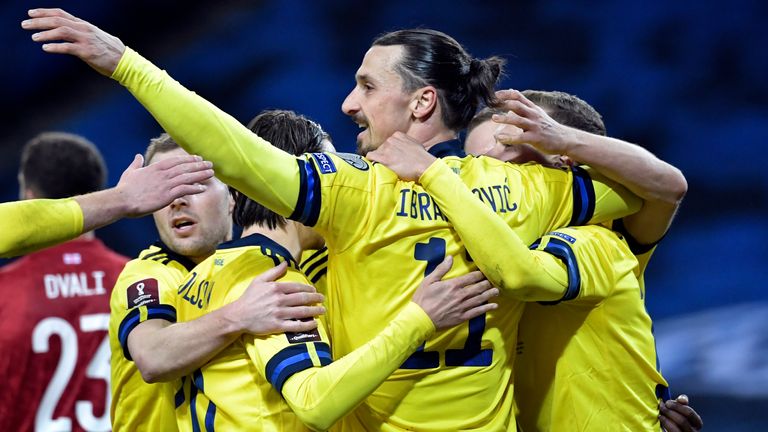 Dejan Kulusevski – Juventus may have had a mixed season, but 21-year-old midfielder Kulusevski was their brightest spark.

With pace and balance, Kulusevski played 47 times for Juventus last season and was linked with a move to Manchester United by Italian newspaper Calciomercato in April. Real Sociedad’s forward Alexander Isak, also 21, is another notable mention. In sacking Jerzy Brzecek in January, the Polish FA supposedly wanted more attacking football. Sousa has the chance to show it on the biggest stage.

Competitive in the last Euros, Poland were disappointing in Russia in 2018, winning just one of their three games and finishing bottom of a group they had expected to challenge for. Another quarter-final appearance would be positive, but their first game against Slovakia looks must-win to progress positively through the group. 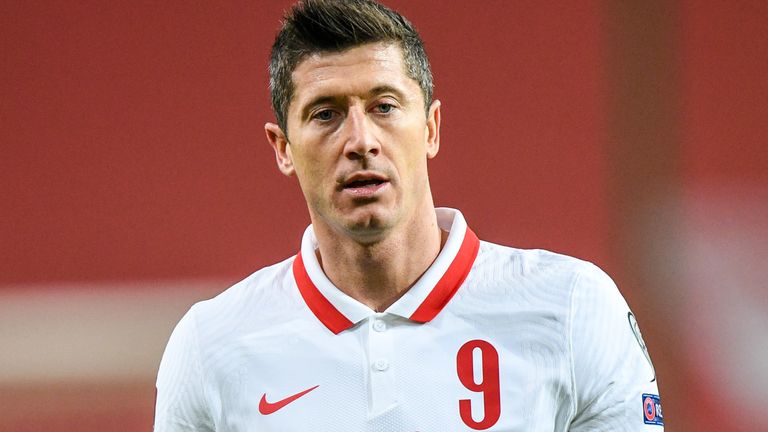 Robert Lewandowski – Poland’s hopes of a memorable first tournament at the helm are likely to rely heavily on Robert Lewandowski, who has scored 53 goals in 46 games for club and country this season after breaking the record number of goals in a Bundesliga campaign with champions Bayern Munich. 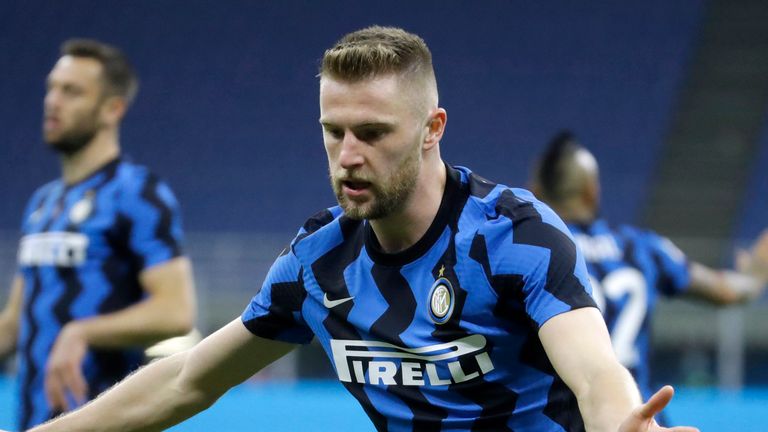 Stefan Tarkovic – Having sacked their manager Pavel Hapal in the build-up to their play-off against Northern Ireland last October, assistant manager Stefan Tarkovic came in, and secured the job in December following a successful job interview in the one-off game at Windsor Park. The 48-year-old was part of the coaching set-up when Slovakia reached the last 16 in 2016, and has enjoyed wins over Scotland and Russia in his handful of games so far.

Slovakia reached their second European Championship as an independent nation through the Nations League play-off route, seeing off the Republic of Ireland and Northern Ireland to take their place in Group E. They will be the outsiders to progress any further but took points off England and Russia in 2016 before losing to Germany in the last 16. Milan Skriniar – Fresh from winning Serie A with Inter, Skriniar is still one of the best centre-halves on the continent. The 26-year-old, once linked with a move to the Premier League on a daily basis, helped Inter keep 15 clean sheets last season.