Home » Soccer » Euro 2020 players to watch: The breakout stars you need to know about

International competitions have so often proved the launchpad for individual careers and Euro 2020 is set to be no different, with plenty of starlets aiming to bolster their reputations this summer.

The pool of players may be slightly smaller at this summer’s European Championships, but there is still set to be a wealth of young prospects on show. Here we take a look at the breakout stars to watch out for:

A club teammate of Yilmaz, Yazici, 24, has also impressed this term for LOSC. The left-footed second striker or attacking midfielder is a threat with his well-timed runs into the box, while also not shy of taking aim from distance when afforded time and space.

A ball magnet with immense anticipation, Bastoni has emerged as a key component to Antonio Conte’s title-winning Nerazzurri side. The left-footed defender, still only 22, will look to establish himself as the heir to Giorgio Chiellini and Leonardo Bonucci with the national team.

There’s an interesting role for Liverpool youngster Neco Williams as a wing-back in Robert Page’s 3-4-3, but Ampadu, in a two, will be a fascinating watch, particularly with Thomas Tuchel utilising the same system to such good effect at Stamford Bridge. If Wales are to enjoy success this summer, then Ampadu will have to shine and provide the base for an exciting front three to hurt teams on the break.

A rampaging right-back who will be keen to insert his influence on the game with his elite athleticism. Likened to Kyle Walker, Vladimir Petković will look to Mbabu, 26, to provide those forceful runs from deep and impact the final third. 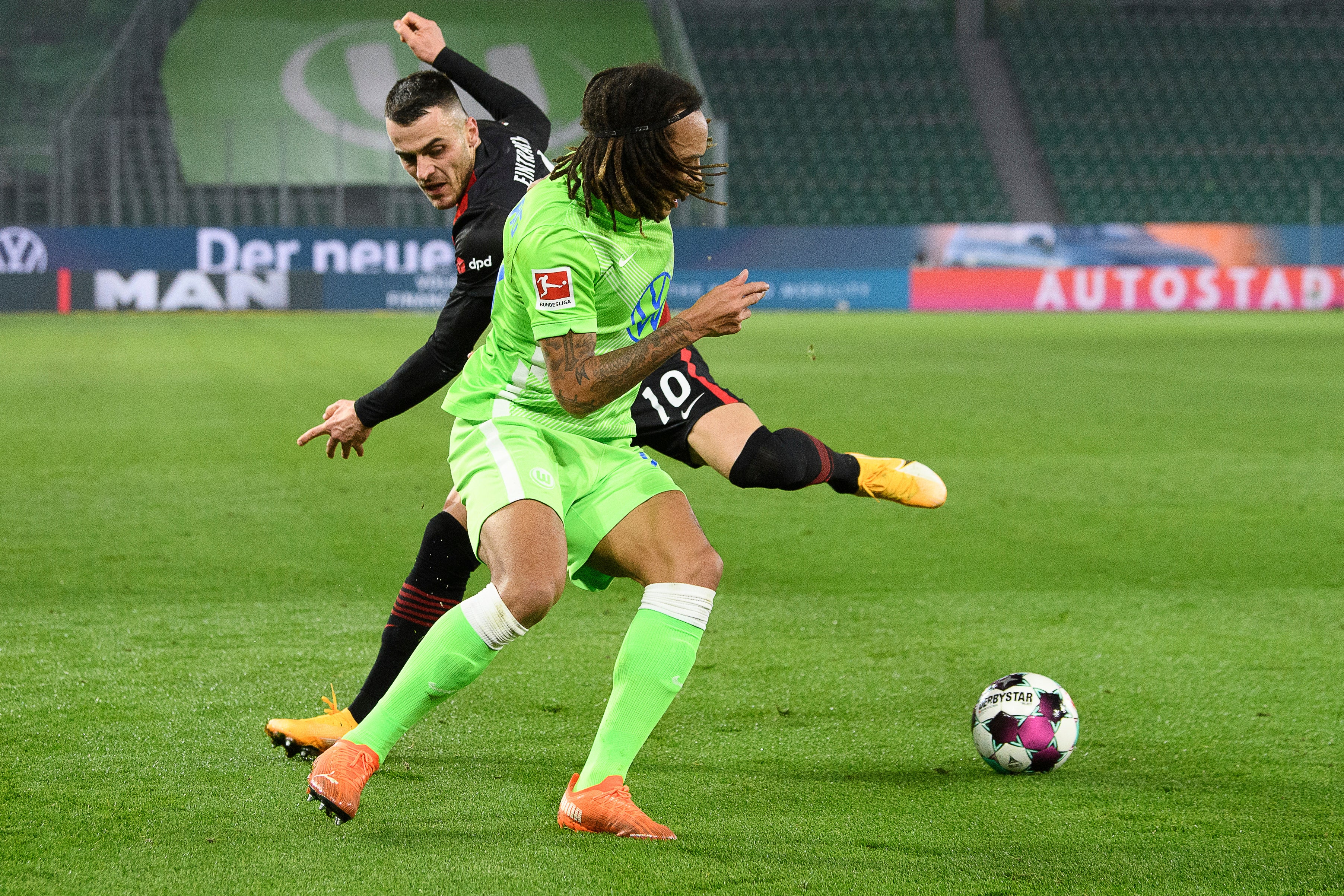 Kevin Mbabu has shone for Wolfsburg this season

Denmark can rely on their creative talisman in Christian Eriksen, however, if they are to progress into the latter stages they need a proven goalscorer to step up to the mark. Dolberg, 23, joined Nice from Ajax for a fee of £18m in 2019 and while he scored just six goals in Ligue 1 last season, his presence could prove vital even if off the bench for the Danes.

The 21-year-old midfielder may not be playing in the most competitive league, but has scored 13 times in 35 appearances for Pafos in the Cypriot first division and marked his international debut with a goal against world champions France last November.

The Monaco playmaker is the star of the national side and has been in terrific form at Monaco this season, scoring five goals and adding nine assists in 21 Ligue 1 appearances. A great dribbler capable of breaking up opponent’s defences, he can be the difference.

The 18-year-old winger was once coveted by Liverpool and has all the tools to become one of Europe’s most devastating wingers. He joined Rennes last summer rather than taking the leap straight to a top side has benefitted hugely from a consistent run of games at club level as a result. 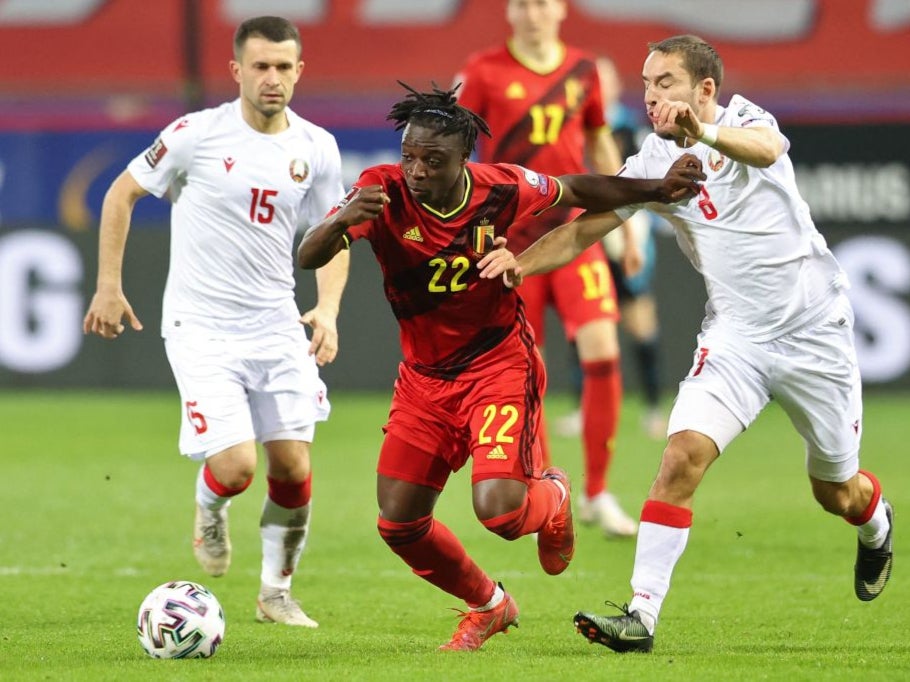 Of the younger talents, the forward is the one who might impact most frequently, even if from the bench, and he’s angling for a big move this summer too so will want to impress prospective suitors. Look out also for Teun Koopmeiners, another tremendous young midfielder but who might have only a watching brief this time around.

Shevchenko hasn’t quite settled on an absolute guaranteed starter in goal – but Ukraine have finally moved on from the eternal-seeming Andriy Pyatov being the non-negotiable first choice, after a decade of flapping and floundering. 19-year-old Trubin has started the last couple of games and it would be a big call to make him the No.1 at the Euros but he has displaced Pyatov at club level with Shakhtar, so it would be fitting to see him do the same for the national team.

If Alaba plays left, Wolfsburg’s industrious and talented 23-year-old Schlager is likely to be at the heart of the team. He has a great capacity to drive the team upfield, isn’t afraid to try ambitious passes and can strike the ball well from range.

A talented 21-year-old attacking midfielder who is a regular squad option for Napoli. Plays a prominent role with the national team, supporting the front line either off the left or behind the forward. 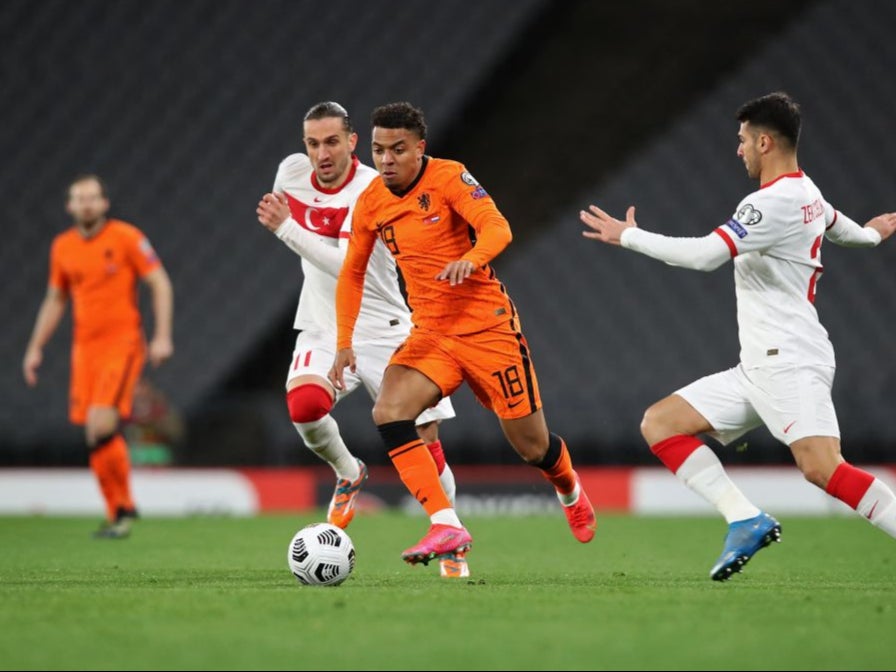 Can you still qualify as a breakout talent when you’ve won three Premier League titles and are preparing to start a Champions League final? Possibly not, but this is Foden’s first major tournament and one he might not have played in had it been delivered on schedule. The balletic 20-year-old has only established himself as a regular starter for City this season, pushing Sterling out of the first-choice line-up. Is he about to do the same at international level?

There are only four players aged 22 or younger in Croatia’s 26-man squad, but Josip Brekalo is the likeliest of any to receive significant game time. The winger is coming off the best scoring season of his career in the Bundesliga as he helped Wolfsburg to a top-four finish and Champions League qualification for the first time since 2015. A direct dribbler, Brekalo can play on either wing and has already racked up 20 appearances for Croatia, scoring five goals.

Undoubtedly one of those to benefit from a move to 26-man squads, Billy Gilmour received his long-awaited first call up to the senior side for the Euros after breaking into the Chelsea first team last season. Although he is yet to be capped for his country, the 19-year-old could yet play an important role in Group D after injuries to Ryan Jack and Kenny McLean left Clarke short in midfield. With his ability to move the ball quickly and keep possession, the diminutive Gilmour could see minutes late on in matches if Scotland are looking to close games out.

Patrik Schick is a more traditional goal threat but the Bayer Leverkusen forward will be required to do a lot of work with his back to goal, as well as plenty of running into the channels for his side. The 25-year-old has scored 19 Bundesliga goals over the past two seasons but the opportunity to front the attack for his country at the Euros could lead to a breakthrough moment. 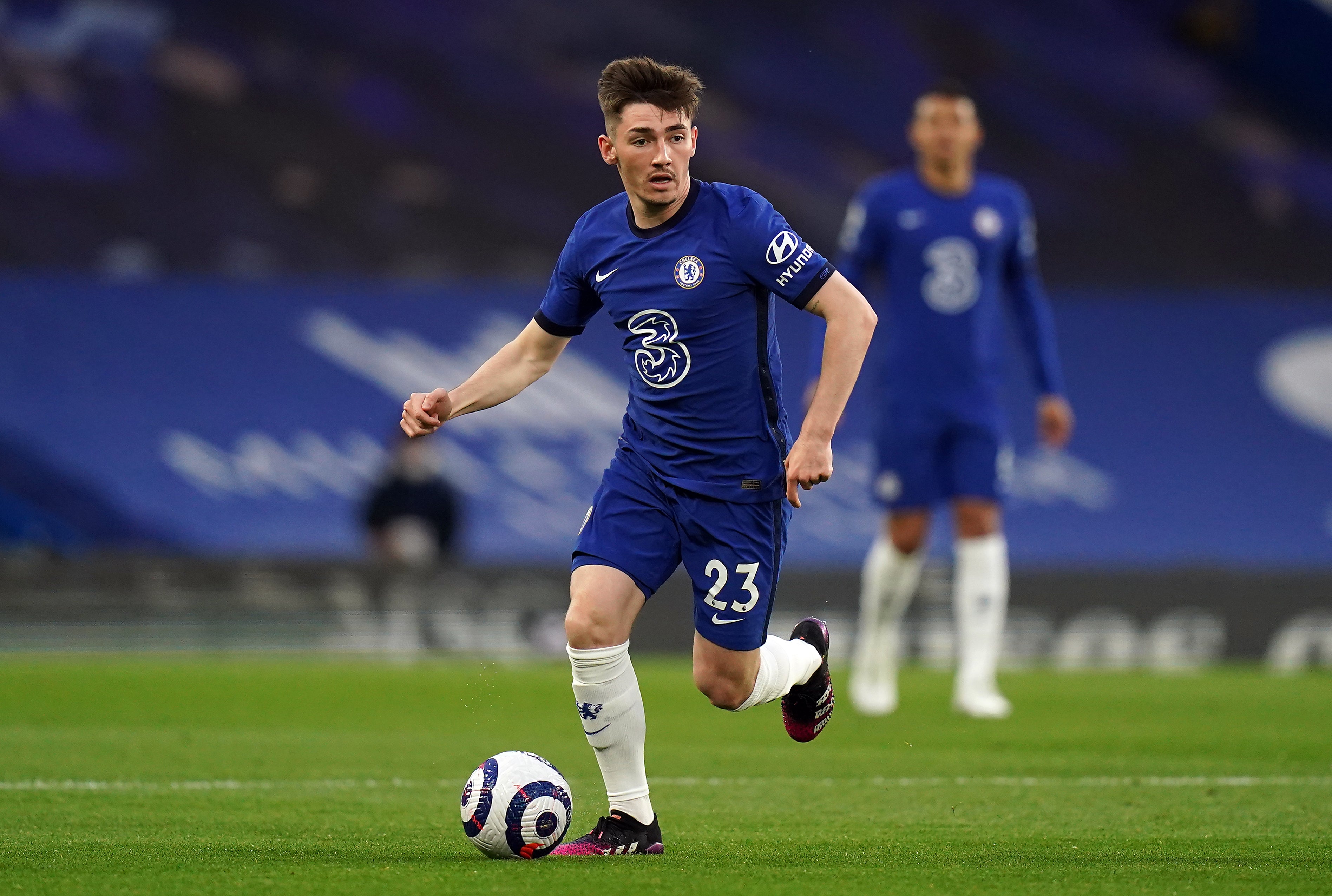 Billy Gilmour has been included by Scotland

The 21-year-old winger will be playing in his first major tournament, and despite being on the fringes for much of Manchester City’s season his cameos were increasingly impressive as he reaped the rewards of Pep Guardiola’s coaching. He will be fresh and full of confidence, and a danger for every opponent he faces.

The 21-year-old striker is playing in his first major tournament and has the chance to display his enormous talent on the European stage for the first time.

The 22-year-old began to feature in Graham Potter’s Brighton side towards the end of the Premier League season, showing glimpses of his all-round game and composure on the ball, and he should get the chance to shine in midfield at the Euros.

The 20-year-old striker is well thought of in his homeland having broken into Slovan Bratislava’s first team, and already has an international goal from his first three caps. 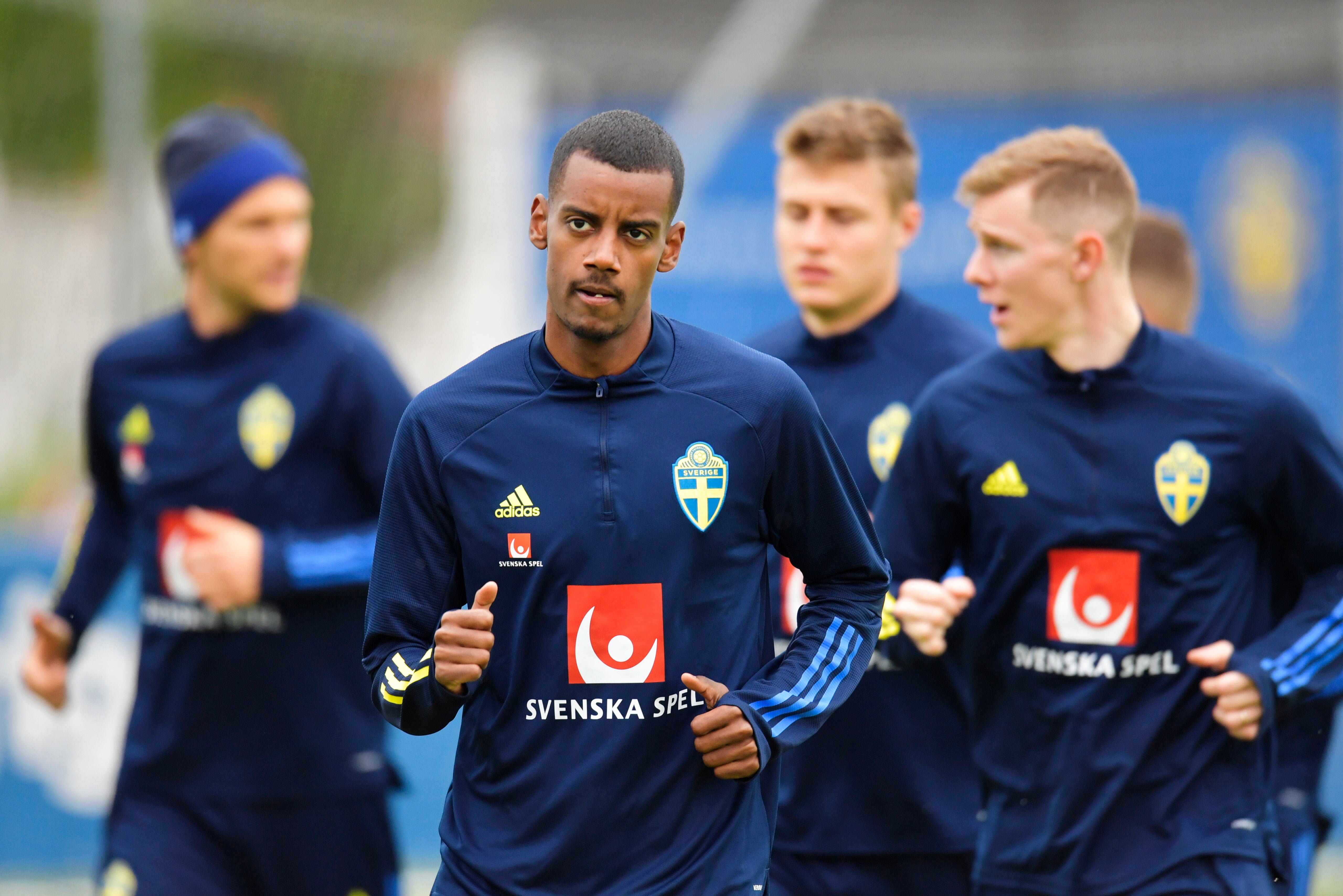 Alexander Isak is one of Sweden’s talented youngsters

With Dominik Szoboszlai out injured, Hungary face an almighty task in such a difficult group. Sallai, though, can provide a spark of inspiration, having scored eight goals and added six assists for Freiburg in the Bundesliga last season.

The vast majority of the defending champion’s squad will be familiar, however, Nuno Mendes is a player who has been spoken about in gossip columns far more than he’s been watched firsthand. The Sporting full-back is considered a future stalwart of the national team but will face stiff competition from those ahead in the queue.

The son of former World Cup winner Lillian, Thuram has been looked on favourably by Didier Deschamps and perhaps with good reason. The winger directly contributed to 15 goals in the Bundesliga last season and can make an impact off the bench when called upon, even in such a richly talented squad.

The Borussia Monchengladbach man, 24, scored seven goals and recorded eight assists across the Bundesliga and DFB Pokal this season. While he may not play a starring role, his performances on this kind of stage could be telling as concerns his future stature at club level.