Wembley could hold an additional Euro 2020 last-16 match originally due to be staged in Dublin if the Republic of Ireland capital is unable to do so.

Sky Sports News understands the FA has offered to host the match, ahead of a UEFA Exco committee meeting on Friday to discuss coronavirus issues in Dublin, Munich and Bilbao.

The winner of Group D will face the runners-up from Group F at the end of June.

It means the tie will involve England if they win their group, with all of England’s Group D matches, as well as the semi-finals and final also set to be held at Wembley.

It looks likely that Dublin will lose its four games, while Bilbao’s organisers have already indicated their matches will be moved. 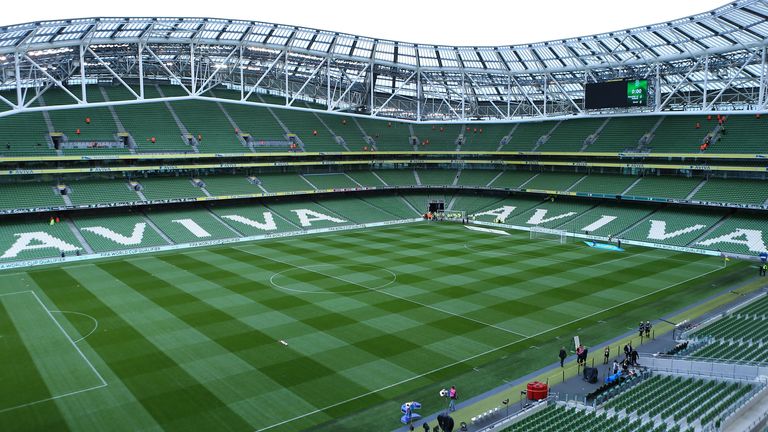 A decision will be made in due course on if Munich can host their allocated games as planned.

UEFA has already stated that host cities will only retain their allotted fixtures if they are able to stage matches with at least 25 per cent capacity.

The re-scheduled Euro 2020 has already suffered significant logistical challenges, with the original schedule put back a year because of ongoing pandemic issues.

A total of 12 European cities were scheduled to host matches in the 24-team tournament, which is set to get underway on June 11 and run to July 11.