Europa League Round-up: AC Milan edge through to last 16 after draw with Red Star Belgrade, Roma cruise past Braga in comfortable win and Ajax also progress after seeing off French side Lille

AC Milan progressed to the last 16 of the Europa League on away goals after struggling to a 1-1 draw at home to Red Star Belgrade on Thursday, with the visitors playing the final 20 minutes with 10 men as the tie finished 3-3 on aggregate.

Milan took the lead in the San Siro in the ninth minute from the penalty spot, with Franck Kessie converting after Mark Gobeljic had handled in the penalty area.

But for the third time in the tie, Red Star levelled the aggregate scoreline as El Fardou Ben Nabouhane equalised in the 24th minute, with the visitors more than matching their illustrious opponents for the rest of the first half. 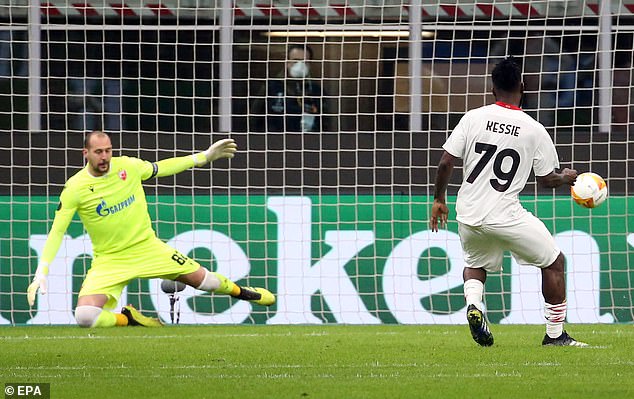 Even with Red Star going down to 10 men, as they did in the first leg, after Gobeljic was sent off for picking up his second yellow card, they continued to create the better chances.

Milan were forced to withstand late pressure but they held on to book a spot in the next round.

Fellow Serie A side Roma made light work of Sporting Braga, sweeping past their Portuguese visitors 3-1 in the Italian capital for a 5-1 aggregate win.

Edin Dzeko gave Roma the lead after 23 minutes, not long after Stephan El Shaarawy had already rattled the post. The home side then failed to double their lead after Lorenzo Pellegrini missed a penalty in the 72nd minute, only for Carles Perez to score for Roma two minutes later. 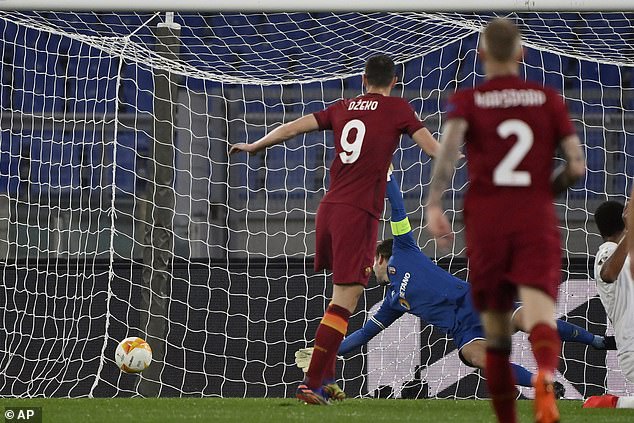 Braga benefited from a Bryan Cristante own-goal in the 87th minute, before Borja Mayoral put the tie beyond doubt from Roma in stoppage time, slotting home from Leonardo Spinazzola’s cross.

Earlier, Ajax beat French club Lille 2-1 for a 4-2 aggregate win although it was tough examination for the Dutch side who needed a late goal by David Neres to calm their nerves.

Former winners Napoli bowed out despite a 2-1 victory at home to Spanish club Granada. Having lost the first leg 2-0 they got a perfect start when Piotr Zielinski put them in front after three minutes. 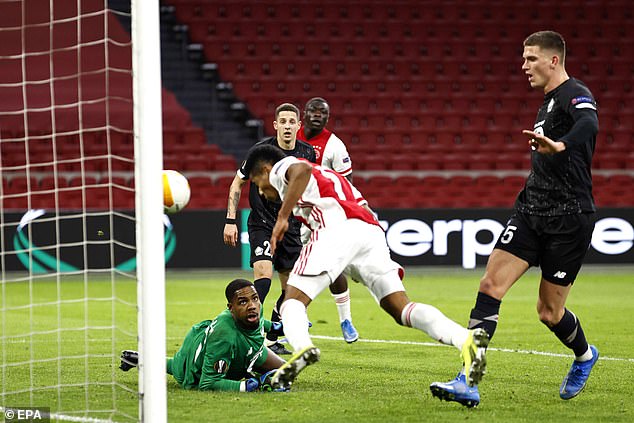 But Angel Montoro levelled for Granada and although Fabian Ruiz struck again for the hosts on the hour, Granada held on for a 3-2 aggregate win to prolong their impressive European debut.

Granada’s La Liga rivals Villarreal also made it through with a 2-1 defeat of Salzburg for a 4-1 aggregate win.

Shakhtar Donetsk completed a 3-0 aggregate victory over Maccabi Tel Aviv while Norwegians Molde caused a surprise by winning 2-0 in Hoffenheim to wrap up a 5-3 aggregate triumph.