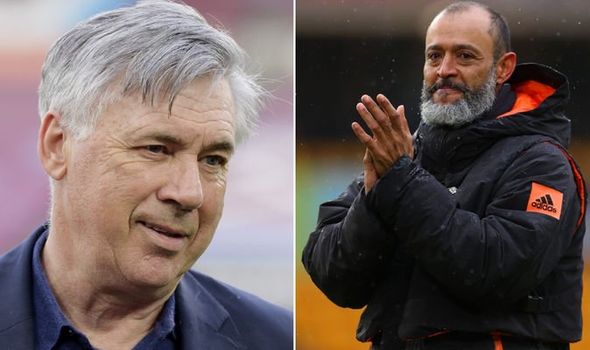 Everton are on the lookout for a new manager following the sudden exit of Carlo Ancelotti, who has departed Goodison Park to return to Real Madrid. Ancelotti replaces Zinedine Zidane and the loss of the three-time Champions League winner is a huge blow for the Toffees, who had been planning for the long-term with him.

Ancelotti said on Tuesday night as his return to Madrid was made official that he has been presented with an “unexpected opportunity” he believes is the right move for him and his family “at this time”.

A statement from the club meanwhile read: “Everton would like to place on record its thanks to Carlo for his service to the club over the past 18 months.

“The club will begin the process of appointing a new manager immediately and will provide updates in due course.”

Ancelotti was under contract on Merseyside for another three years with his £11million-a-year deal but the 61-year-old has opted to return to Real nonetheless.

He could only steer Everton to 10th in the final Premier League table in his first, and only, full season in charge having overall won 31 of his 67 overall matches at the helm. 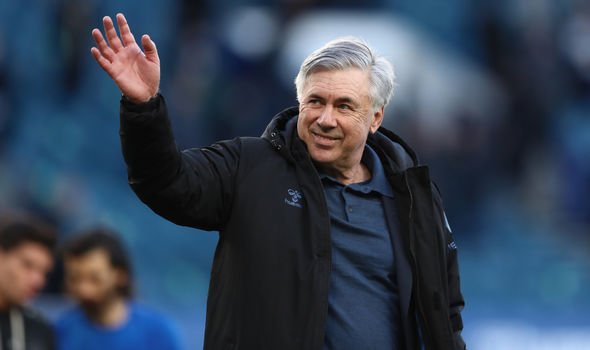 Everton have a whole host of options as they look to make an appointment to counter the frustration of Ancelotti’s exit, including several immediately-available free agents.

Former Chelsea boss Antonio Conte, who left Inter Milan recently after winning the Serie A title, as well as former Liverpool, Chelsea and Newcastle manager Rafael Benitez and ex-Bournemouth boss Eddie Howe are among them.

But another intriguing option is former Wolves manager Nuno Espirito Santo, who left Molineux last month after an incredibly successful four-year period in the Midlands.

After romping to the Championship title, Wolves finished seventh in back-to-back Premier League seasons under the Portuguese before finishing 13th last term, albeit without starting striker Raul Jimenez for a large chunk of the campaign due to injury.

Nuno also led Wolves to the quarter-finals of the Europa League in the 2019-20 season as his counter-attacking tactics worked a treat. 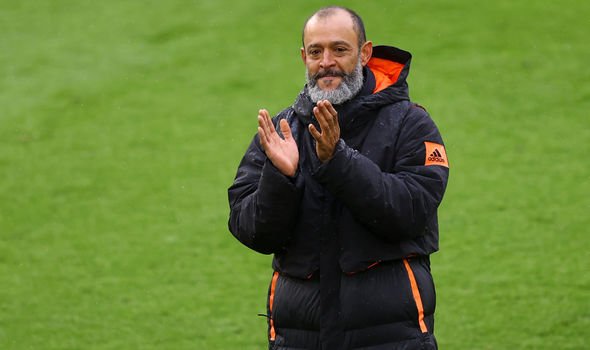 Sky Sports say the jobless coach is in the frame for the vacant Crystal Palace job after Roy Hodgson’s departure with talks having been held already but Everton might be an even more attractive proposition if they can steal in.

A report from TalkSPORT claims Everton are readying an approach for Nuno while Sky Sports say that Nuno is eager to return to management immediately.

Even more enticing for the Blues is that they say Nuno feels he has a real point to prove after what they claim to have been a sacking by the club’s hierarchy.

It was officially thought to be a mutually agreed parting of ways but Sky actually insist Nuno was axed by the Wolves boardroom after a disappointing campaign in which they failed to challenge for Europe.

And that has left him eager to get back into a new role and prove them wrong.

Tottenham have also been linked but seem to have their eyes cast elsewhere, and Nuno is certainly an interesting candidate for the Everton post. 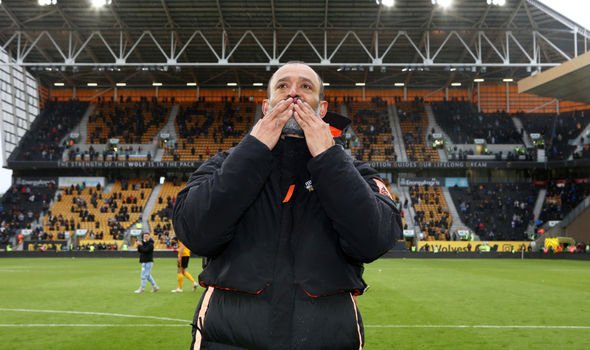 Whether he is the man they hone in on remains to be seen given the prospect of bringing back David Moyes from West Ham, with the Scot – who spent a decade at Everton previously – having yet to pen a new deal with the Hammers.

But Nuno’s credentials mean he is at least in the conversation to come in and if his apparent hunger is anything to go by, he could be a major contender.

Whether the Everton fanbase would welcome the team being a predominantly counter-attack minded side with defence-first tactics is unclear.

But then again, the 47-year-old – previously in charge at Valencia and Porto – might have greater freedom to utilise more attack-focused tactics at a club of Everton’s resource and with a superior squad of players.

And if Nuno was to replicate his Wolves approach with better tools at his disposal, and a squad which he could add to in the summer transfer window, there might not be many complaints – particularly if they get back into Europe again.