Everton boss Carlo Ancelotti has confirmed two players are fit to play against Tottenham on Sunday with one facing a late fitness test, but there’s bad news for Mason Holgate. Everton have been busy recruiting in the past few weeks, signing James Rodriguez, Abdoulaye Doucoure and Allan to bolster Ancelotti’s midfield ahead of the new season.

It remains to be seen how the Everton boss will include his new signings in the starting line-up around some of his options from last year.

But fans won’t have to wait long with the Toffees getting their season underway with a tough fixture against Tottenham on Sunday.

There is plenty of anticipation among supporters ahead of Ancelotti’s first full season in charge.

But the Everton boss is already dealing with a number if injury issues at the start of the new campaign.

JUST IN: Premier League done deals: Every confirmed transfer in the top flight 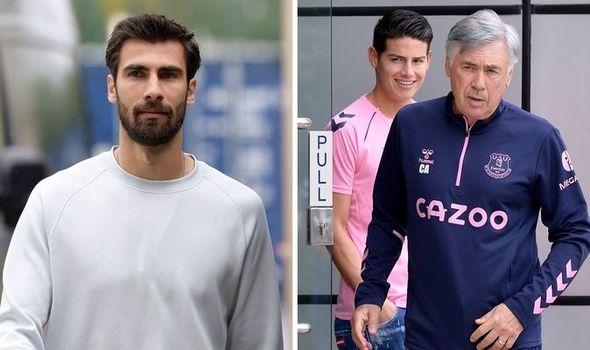 He was pictured leaving Goodison Park on crutches after the match, although Ancelotti was hopeful the injury wouldn’t be too bad.

However, Ancelotti has confirmed the defender will miss the Premier League opener.

There was good news on Yerry Mina and Andre Gomes though, with Fabian Delph facing a late fitness test.

“They are going to check Delph tomorrow.

“I think the physical condition of the team is quite good, not at the top because pre-season was quite short.”

Everton are yet to bring in a replacement for Leighton Baines this summer while Djibril Sidibe has also left following his loan spell at Goodison Park. 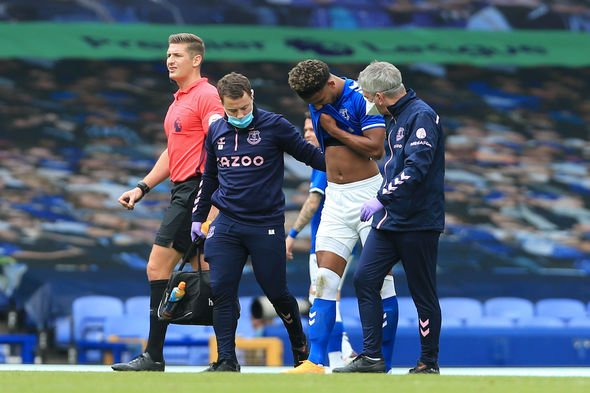 Niels Nkounkou was signed from Marseille earlier in the summer, but he’s yet to play a game at senior level.

It leaves Ancelotti short of options at full-back, but the Everton boss hinted that Jonjoe Kenny will be given plenty of first-team opportunities this season.

“Nkounkou is really young, he has no experience at this level, but he’s shown good quality. He has a fantastic physical quality,” he said.

“Jonjoe is different, he knows the club, he’s a player I have a lot of confidence in. I’m happy with both of them.”