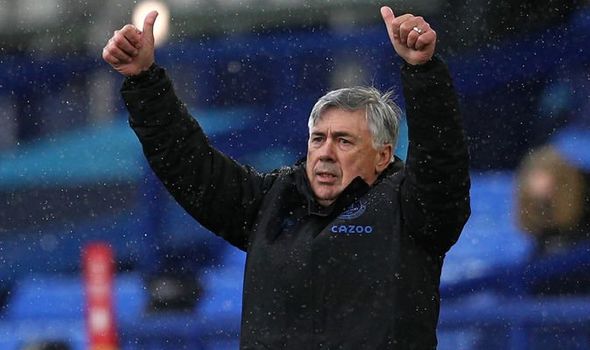 Everton boss Carlo Ancelotti has opened talks with Manchester and Tottenham as he seeks a new goalkeeper to challenge Jordan Pickford for a starting spot. The Toffees are top of the Premier League table after winning all four of their matches so far this season.

A host of new arrivals have bolstered Everton’s attack but they still look vulnerable at the back.

Pickford has been inconsistent over the last couple of years and Ancelotti wants an adequate back-up.

The Daily Star say talks have been opened with Manchester United for Sergio Romero and Tottenham over Paulo Gazzaniga.

Romero, who started for Argentina in the 2014 World Cup final, has fallen down the pecking order at Old Trafford after Dean Henderson returned from his loan spell at Sheffield United.

Tottenham signed ex-England keeper Joe Hart earlier this summer and he jumped ahead of Gazzaniga to become Hugo Loris’ understudy.

Everton are only interested in agreeing a loan deal and will only move for one of the shot stoppers.

Ancelotti was asked if fans can expect any incomings today following his side’s 4-2 win over Brighton at the weekend.

“We have to wait and see what is going on in these two days.”

He added: “You will see, you will see. Maybe something can come. Some new signings are coming.”