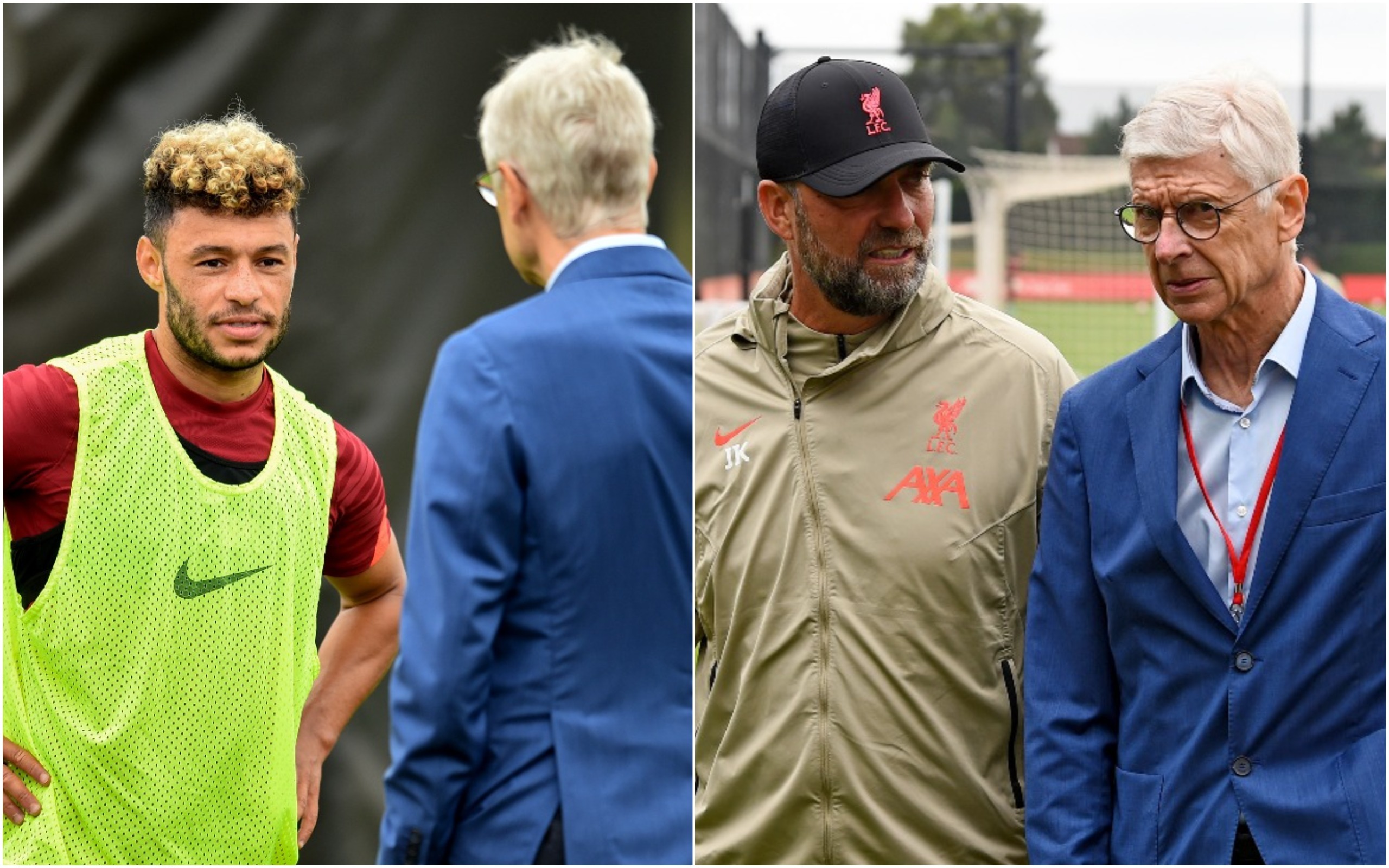 The 71-year-old, who is now FIFA’s chief of global football development, was at Liverpool’s training ground to present awards to Jurgen Klopp and several players.

Wenger watched Liverpool’s training session alongside Klopp and also shook hands with Oxlade-Chamberlain, who he managed for six years at Arsenal.

Liverpool are currently preparing for their toughest test of the new Premier League season so far as they host Chelsea at Anfield on Saturday.

Both Chelsea and Liverpool have won their opening two games so far, while both teams have also registered two clean sheets.

The fixture will also put Chelsea’s £97.5 million summer signing Romelu Lukaku up against Virgil van Dijk for the first time in the Premier League.

Lukaku scored on his second Chelsea debut on Sunday as he delivered an impressive display in the 2-0 win over Arsenal.

Van Dijk, meanwhile, returned from injury over the summer after several months on the sidelines and will be a key part of Liverpool’s title push this term.